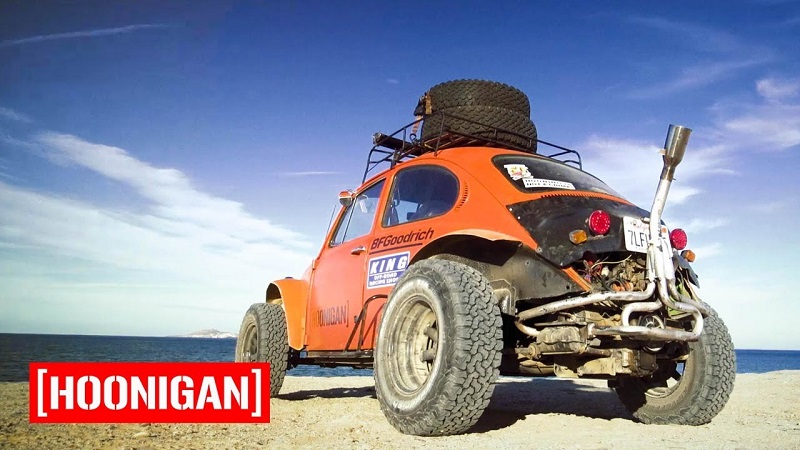 Our partners at Summit Racing—it should go without saying—are our favorite (only?) choice for auto parts.

And the crew at Hoonigan? They’re the coolest guys in motorsports and automotive shenanigans.

Hoonigan—a group we are unapologetically and shamelessly fans of—has officially partnered with Summit Racing as their parts provider for a handful of Hoonigan vehicles.

Some of those Hoonigan builds will be on display and involved in some typical ‘Hoonage’ throughout the upcoming SEMA Show at the Las Vegas Convention Center, October 30-November 2.

As we understand it, the Hoonigan team is going to tear down and rebuild their 1973 Volkswagen Beetle ‘Scumbug’ which they acquired last year for $2,500 the day before they drove it to—and participated in a portion of—the Baja 1000 in Mexico, as part of the SEMA festivities.

We can’t wait to see it.

In the meantime, you might want to familiarize yourself with the vehicle by watching the Hoonigan Daily Transmission episode in which they acquired it (as well as their hilarious trip to Mexico, and the post-mortem wrap-up upon the vehicle’s return to the Hoonigan shop).

As the Hoonigans would say, it’s ready to rock—so RTR.

First, check out the introduction to this thing: [NOTE: The Hoonigan crew is a bunch of car guys (awesome ones) doing car-guy things (awesome things). Sometimes, that includes saying words our grandmothers don’t necessarily approve of, and that we don’t typically publish or link to here. It’s fairly infrequent, but if a dozen or so instances of adult language usage bothers you, please be prepared to hear a little.]

Then, if you’re interested, you can watch footage from their trip to the Baja 1000. (You totally should.)

And finally, after breaking stuff by running the untested, ill-prepared Scumbug through rigorous off-road adventures, the Hoonigan crew gets the VW Baja bug back to the shop for some lively discussion and analysis.

And of course, if you’re heading to SEMA, don’t miss the outdoor Hoonigan exhibit, and the Summit Racing-infused project vehicles that will be delighting performance fans throughout the week.