Video: Intro to the Hoonigan ‘ShartKart’ Which Used to be a $200 Mazda Miata 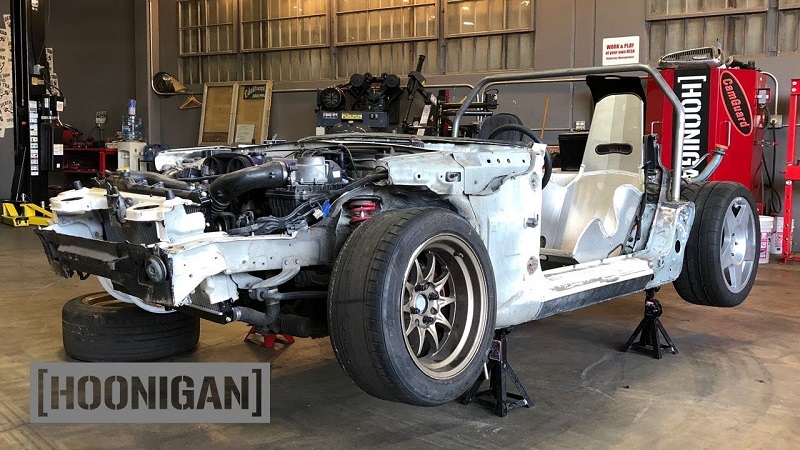 We’re excited over the news that our friends at Summit Racing are getting together with the mad geniuses at Hoonigan to—presumably—make some cool project vehicles even cooler.

Yesterday, we introduced Hoonigan’s ‘ScumBug’—a 1973 Volkswagen Beetle Baja bug—which will be among the vehicles Hoonigan is bringing next week to the SEMA Show in Las Vegas, NV, to, you know, do what Hoonigans do.

On the docket today is a trash-festival Mazda Miata the boys bought for a cool $200 (not a typo), and transformed into a monster go-kart powered by a souped-up Miata drivetrain.

Because Hoonigan is awesome, the crew thoroughly documented the Miata’s transformation from $200 junker to totally gutted gem over a 10-video build series. Clear your schedule.

We’re sharing the first video in the series in this article, but you should absolutely check out the entire video series here.

[NOTE: The Hoonigan crew is a bunch of car guys (awesome ones) doing car-guy things (awesome things). Sometimes, that includes saying words our grandmothers don’t necessarily approve of, and that we don’t typically publish or link to here. It’s fairly infrequent, but if a dozen or so instances of adult language usage bothers you, please be prepared to hear a little.]