And so it was with the 2019 Muscle Car Match-Ups (The “Limited Edition” Edition) where we are pitting some of the rarest and most legendary muscle cars ever built against each other in our imaginary fantasy tournament because we can.

It’s up to you to decide which car will win the tournament—Check out Round 1 and see how the voting is done here. Don’t miss your chance to crown your favorite Limited Edition ride!

Our very first match-up was the hairiest one yet. The 1970 Boss 429 against the 1969 Hurst/Olds 455. As you can see here, the Hurst/Olds actually beat the Boss in Facebook voting. But voting is ALSO taking place on Instagram, and this was the sole instance in Round 1 where the Instagram vote was able to sway the results opposite of the Facebook tally. 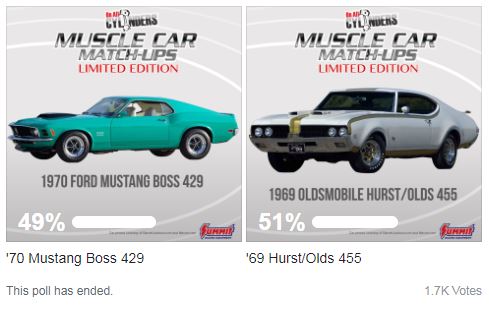 Even though the Fairlane R-Code is in the conversation for being the coolest sleeper car in muscle-car history, and almost certainly the rarest Ford muscle car ever, it didn’t have much for the iconic 1970 Chevelle LS6. 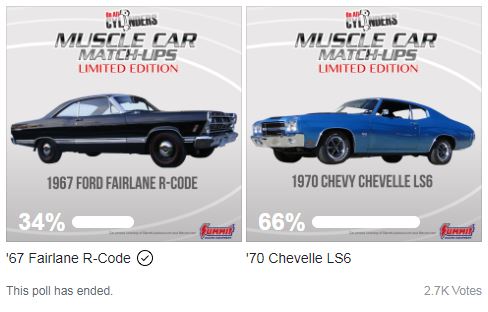 And, now we’re graced with an epic Ford vs. Chevy battle.

The biggest gap in model years appeared in our ’64 Thunderbolt vs. ’73 Trans Am Super Duty match-up. “Modern” won the day. Or possibly just the legions of Pontiac and/or General Motors enthusiasts out there. 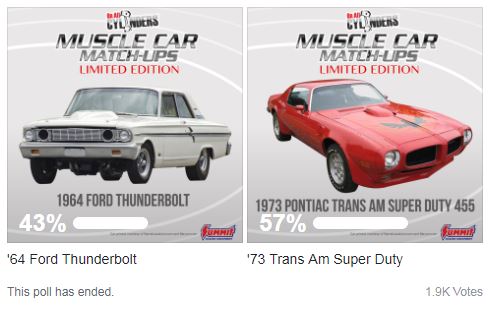 Of course, the bias-by-volume GM advantage didn’t show up in our L-88 Corvette vs. Superbird match-up, which surprises approximately zero people on earth. For all of its bizarre shapeliness, almost every muscle car enthusiast knows the legend of the Superbird and what a rare and special occasion it is to come across one. 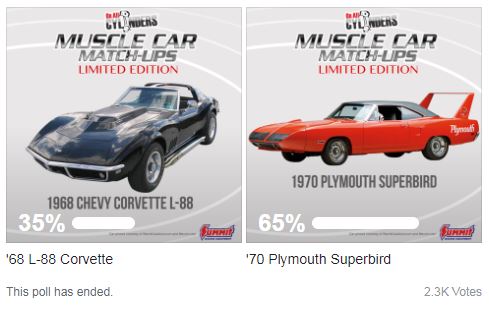 After convincing Round 1 wins, the Pontiac Trans Am Super Duty squares off against the Superbird for a trip to the Final Four. Which will you vote for?

To say the Hemi-powered Mopars were dominant in Round 1 would be an understatement. The AMC may be getting Rodney Dangerfield-ed a bit here, but you won’t find any OnAllCylinders staffers debating the merits of the Hemi Dart. That’s what happens when you run 10s from the factory with very few mods in 1968.

If you look at the Hemi Dart wrong at the drag strip, it will probably eat your face. And that’s just the way it is. We get it. 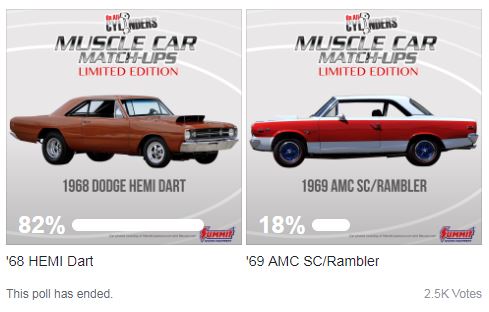 Even though the ’63 Pontiac Swiss Cheese Catalina is super-cool, it apparently never stood a chance. A 3-to-1 defeat is hard to argue with. Same story, really. 10s from the factory.

That’s insane. Everyone knows it. Everyone loves it. And now this fire-breather is missile-launching into a head-to-head with another fire-breather with the same genetic code.

Like an automotive version of a Venus and Serena Williams grand slam final. RAD. 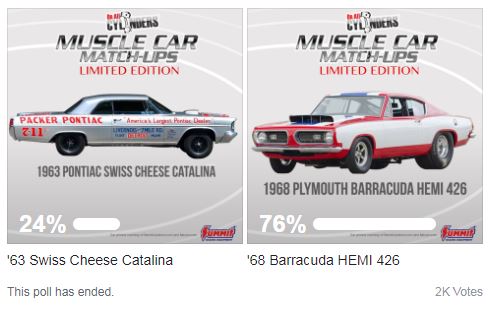 Sorry, Hemi/Mopar fanatics. We recognize this is like choosing which of your children to root for if they’re playing on opposing sports teams. Life isn’t fair. Which Mopar moves on?

If you don’t know why the GSX Stage 1 just wrecked the super-awesome Cyclone Spoiler II to the tune of a 3-to-1 knockout, then you betta ask somebody.

Maybe it’s the same reason that the GSX Stage 1 more or less wrecked all opposition. It’s more than likely the most dangerous sleeper car in muscle car history. 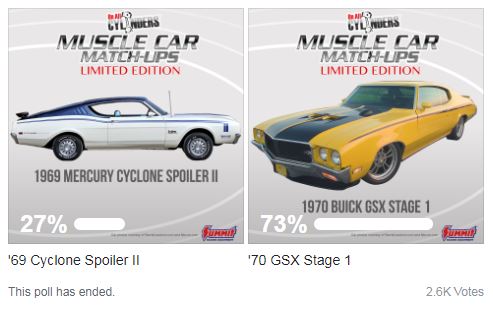 On the other end of the spectrum is the ’69 COPO Camaro ZL1. There was nothing subtle about it. Only 69 were built. It is the rarest, lightest, most-coveted, and—in its day, the quickest—Camaro ever assembled.

Where similarly rare Mopar track assassins dominated in Round 1, the WO23 Dodge Coronet failed. Not because it isn’t amazing. But because THAT is how much punch the ’69 COPO Camaro ZL1 packs. 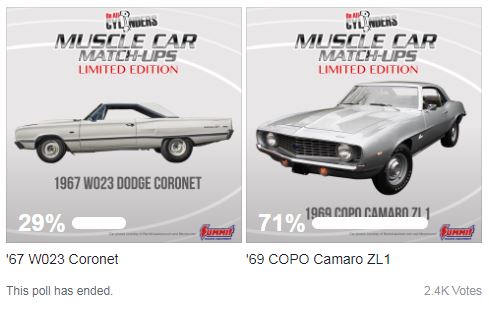 And so we have a showdown between two absolute GM legends. The sleeper GSX Stage 1. And the look-at-me COPO ZL1.

Either car will be a strong championship contender. The car that moves on is entirely up to you.

Here’s the full bracket updated for Round 2: