Ask Away! with Jeff Smith: Calculating and Setting Piston Ring Gap for Your Engine Build 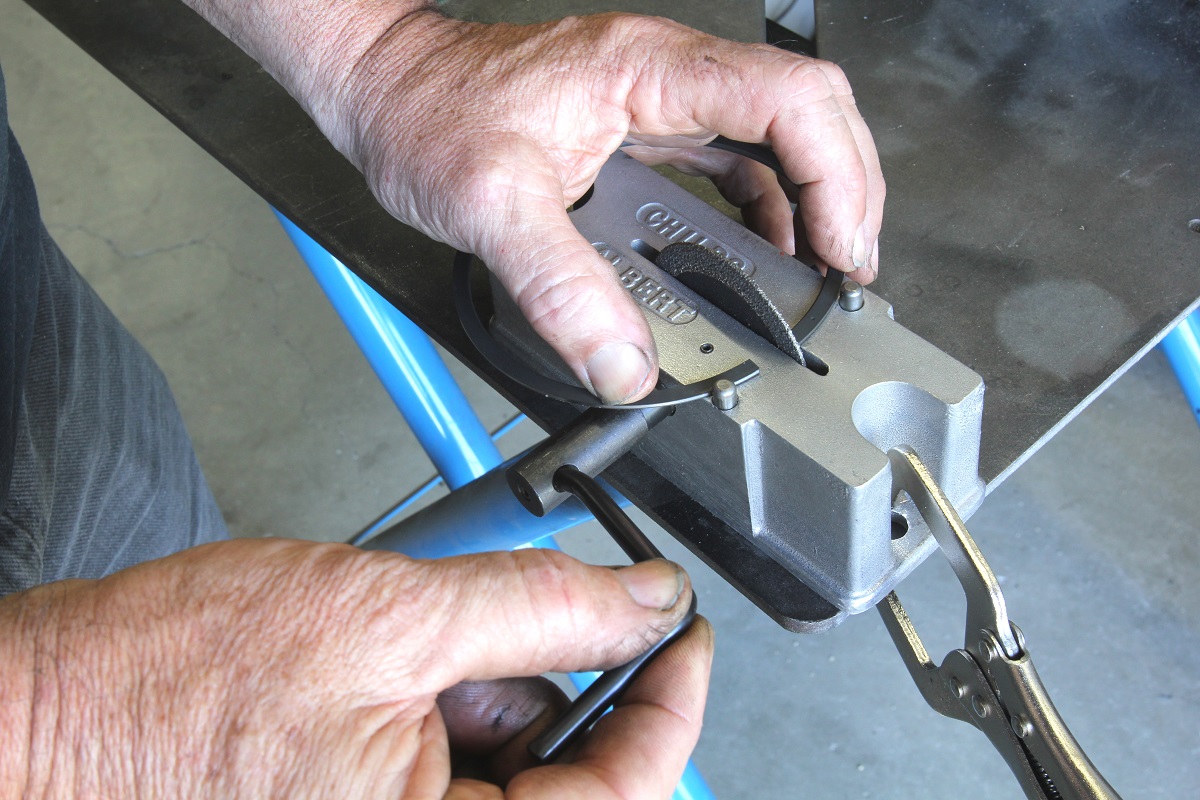 I’m currently checking the gaps on a new set of first and second rings. I’m not building an all-out drag race motor, but have plans to be a weekend warrior. I mostly will be on the street and all the information I’m reading on ring gaps have me concerned. The new rings out the box have a gap of 0.026-inch top and second. The ring manufacturer suggests the top ring to be 0.020-inch and the second ring 0.004- to 0.008-inch larger. So out-of-the-box the gap is larger than recommended? Do I leave the top ring at 0.026-inch and file the second to 0.030-inch or leave them both the same at .026-inch? My bore is 4.440. — W.B.

Jeff Smith: Production replacement rings are generally set conservatively to ensure that they will not butt during normal street use.

Since you are using standard replacement rings, this is a normal end gap for your top and second rings. This is also why ring manufacturers offer 0.005-inch oversize rings to allow the engine builder to custom set his own ring end gap.

For your engine, you have correctly calculated what the ring end gap should be for your 4.44-inch bore engine. Looking at the chart, JE recommends a minimum end gap for a normally aspirated street engine on gasoline at 0.0045-inch per inch of bore size. Multiplying this 0.0045 times 4.440-inch bore generates 0.0198 which rounds off to 0.020-inch.

Your end gap of 0.026-inch is substantially greater than this recommendation but since you said this is a mild street engine, that’s an acceptable top end gap. Looking at this as a glass-half-full opportunity—you could easily run a mild 150- to 200-horsepower nitrous shot on this engine and you’d still have plenty of top end gap clearance!

To further this point, I spoke with Ed Law of Total Seal ring company and he said that if the spec is 0.020-inch and you overshoot a couple of rings by even 0.002-inch (making the gap 0.022-inch for example) that this would be very difficult to evaluate once the engine has run. So by extension, a slightly large gap is likely not an issue for your application.

As for your question about the second end gap, using the recommended 0.005-inch times 4.440-inch bore generates a 0.022-inch recommended gap. Your 0.026-inch gap is okay. The idea is to run a slightly larger gap for the second ring to prevent a pressure buildup between the top and second ring. Since your gap is already larger than the JE recommendation, this is not ideal, but acceptable

If we were building a competition engine, then the suggestion would be to obtain a set of 0.005-inch oversize rings and set the proper clearance. But for your engine, the wider clearances will be acceptable. It’s possible the engine may experience slightly more cylinder pressure leakage past this larger gap, but it probably won’t greatly affect ultimate power. So assemble your engine with the end gaps you have and enjoy your new engine!

3 responses to “Ask Away! with Jeff Smith: Calculating and Setting Piston Ring Gap for Your Engine Build”