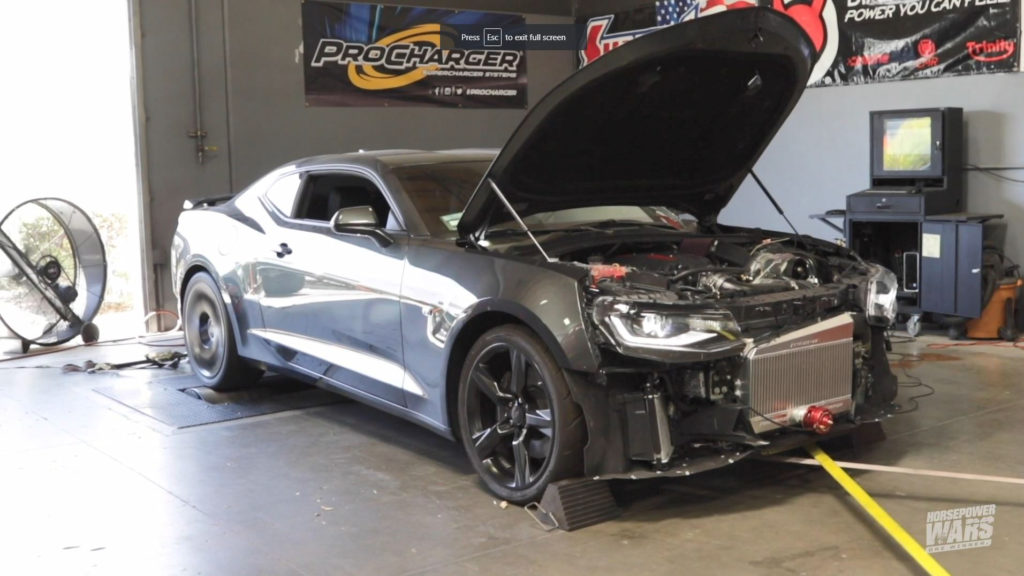 In the last installment of Horsepower Wars: Pony Wars, we saw what $15,000 in modifications can do to a Ford Mustang GT.

With an 809-horsepower pull, the newly-supercharged Mustang’s dyno results were, to say the least, impressive.

But now it’s the Camaro’s turn.

Holding on to a one-point lead in the Pony Wars challenge, the Camaro followed the Mustang’s plans by adding a similar ProCharger D1X supercharger setup. 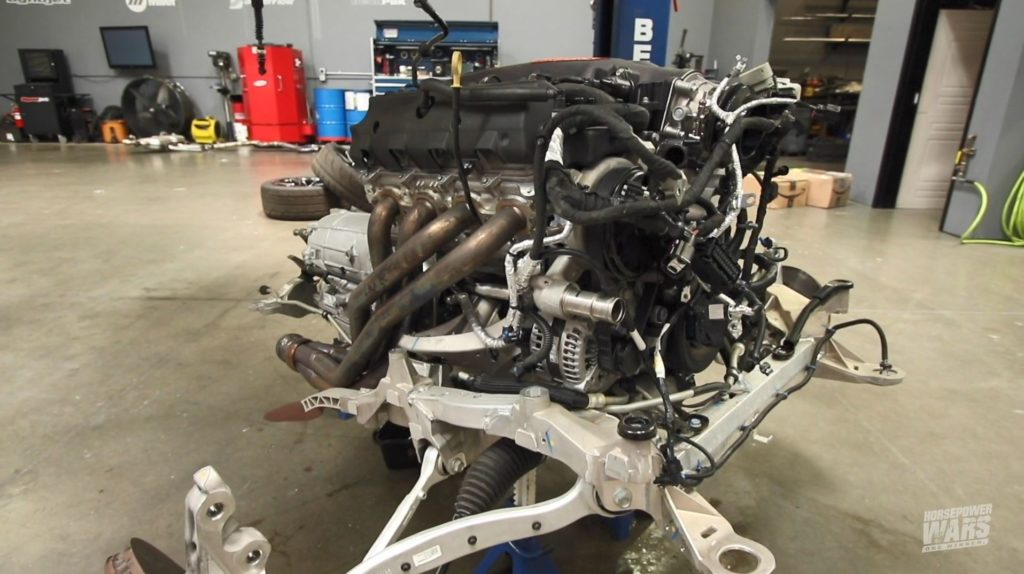 Since the Camaro lost the first road course section of the Pony Wars challenge, the team tossed on some BMR suspension components for improved handling.

The Chevy also got treated to a full driveline upgrade from GForce Engineering, which included a new driveshaft and half-shafts.

On the dyno, the folks at Diablosport worked their tuning magic and the final pull with 100-octane fuel gave the Camaro a whopping…well, you’ll just have to watch the video to see the final horsepower total.

We’ll have the next series of the Horsepower Wars: Pony Wars challenge soon, so you can see how the Mustang and Camaro compete on the dragstrip and autocross course.

In the meantime, watch earlier episodes and catch bonus videos at the Horsepower Wars section of OnAllCylinders.

One response to “Horsepower Wars: Pony Wars Episode 6, Camaro Gets $15K in Upgrades”