Racing with Mother Nature: How to Tune for Weather Conditions 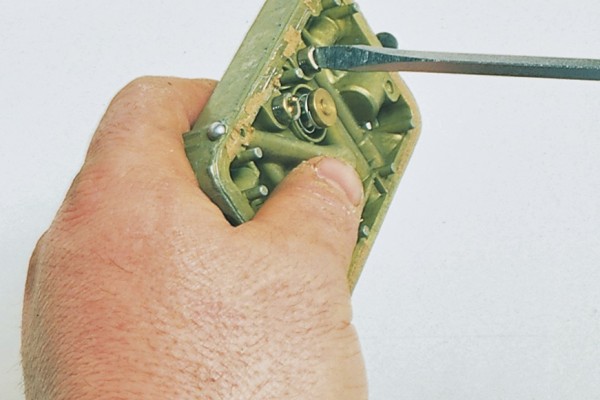 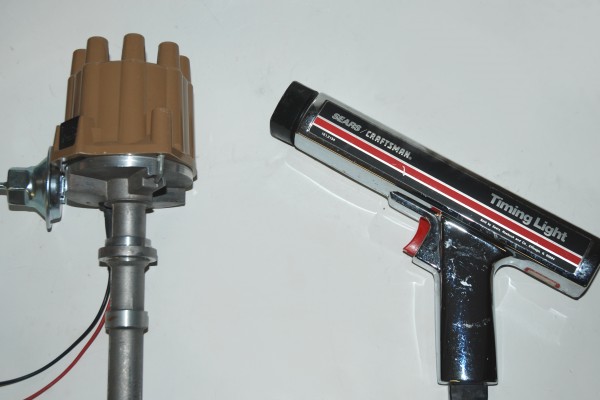 One of the keys to tuning for weather is the carburetor setup, jetting in particular. Here’s an example: when the thermometer rises, the density of the air decreases. That effectively decreases the available oxygen to feed the engine. Carburetor jetting should be reduced to compensate and prevent an over-rich air/fuel mixture.

Ignition timing is something else you can use to combat the effects of weather change. As noted in the text, you can increase total timing when the amount of moisture in the air increases. Moist air acts a little bit like water injection, which can hinder detonation.

Carburetor spacers can help isolate the carburetor from a hot intake manifold. Even something as simple as the plywood spacers on this dual quad setup will work. Don’t discount old school ideas such as carburetor heat shields and insulated fuel lines to keep the engine cool.

Spark plugs are the key to determining the results of your tuning. Reading spark plugs will tell you if it’s too lean, too rich, or at the point of self-destruction from detonation. The point in this entire exercise is to ensure that you do not lean the engine to the point where it is detonating.

Here’s a scenario to ponder: You hand picked the best components for an engine build, had those bits meticulously machined and assembled, and ended up with a stout engine that made 850 horsepower on the dyno. The engine runs perfectly on a cool spring day when temperatures and humidity are close to the ideal dyno corrected figures (60 degrees F, 29.92 inches of barometric pressure, zero-percent humidity).

Then the dog days of August roll in. The thermometer now reads 96 degrees and track surface temperatures are well into the triple digits. The barometer reads 29.20 inches of mercury and the relative humidity is a mere 74 percent. Now that stout motor feels like it lost 90 horsepower.

Can you recover some of that lost power? Yes you can, and without having to spend a lot of time and money. We’ll show you four tricks of the trade to compensate for weather conditions. But first, some schooling on what weather does to your engine.

Temperature, Humidity, and Dew Point
When an engine is tested on a dyno, the results are corrected to “dry” air, which means air with no water vapor. While useful for tuning, dyno results don’t reflect real-world conditions where temperature and humidity are always changing.

Dew point is a better way to accurately measure water vapor in the air. It is the temperature at which air can no longer hold all of the water vapor, forcing some of it to condense into liquid water. The dewpoint is always lower than or equal to the air temperature.

Dew point provides a much better gauge of moisture content in the air than the relative humidity percentage in your local weather report. You can find a detailed explanation on the relationship between dew point and humidity at weathersavvy.com.

Tuning for the Weather
There are three inexpensive tuning tools and one driving tool you can use to compensate for changes in weather conditions:

1. Ignition Timing
As dew point and air temperature get closer together (there is more moisture in the air), you can increase ignition timing. It’s kind of like nature’s water injection; since there is more water vapor in the air ingested by the engine, the chance of detonation decreases.

An old racing rule of thumb states you can add one degree of timing for every 10 percent increase in humidity, with a maximum of four degrees of extra timing. As we explained above, relative humidity percentages are not an accurate measurement of the amount of water vapor in the air. The best way to determine the right amount of extra timing is to test. Add a set amount of timing, then make a test pass. Keep testing until performance stops improving; that’s the sweet spot. Keep an eye on the spark plugs so you can avoid a detonation situation.

Keep in mind that engines with flat top pistons are usually more efficient than engines with big honking dome pistons, so flat top motors can get away with less total timing.

2. Carburetor Jetting
Since there are fewer air molecules in a specific volume of warm air than in the same volume of cool air, hot air is less dense and has less oxygen for an engine to burn. That means you need to change the air/fuel ratio to compensate. In warm air conditions, you have to jet down the carburetor to lean out the air/fuel ratio.

Another old racer rule of thumb states you should go down one jet number for every 20 degrees of temperature increase. Again, the best way to re-jet is to go down one jet number at a time, then test until performance stops improving. Keep a close eye on the spark plugs; they’ll show you when the air/fuel mixture is too lean.

There’s one more old drag racer rule of thumb to consider: for every 700- to 800-foot change in altitude, the jetting should be adjusted. Just like higher temperatures, an increase in altitude reduces the amount of molecules in a given volume of air. That means you should decrease jet size as the altitude increases. Use the same technique we outlined above to avoid detonation problems.

Always start with the intake side first. Try increasing the lash by no more than 0.008-0.010-inch. If the performance of the car improves, do the same thing on the exhaust side. Some cars need an intake lash change only, while others require both intake and exhaust lash changes.

Never go beyond the 0.008-0.010-inch lash figure (perhaps even less with a tight lash camshaft) unless the cam manufacturer advises otherwise. Since what you’re doing is artificially increasing the engine’s compression ratio, there’s a chance for detonation if you go too far. As always, keep an eye on the spark plugs.

4. Shift Points
Changing your shift points can be beneficial, particularly when barometric pressure changes. When barometric pressure decreases, an engine becomes less efficient. To compensate, you can shift at a higher rpm in each gear. Inertia is working in your favor, particularly when the engine is down on power. Extending shift points allows the engine to operate higher in the torque band, and engine rpm won’t drop as low when you shift into the next higher gear.

Keep in mind that changing shift points can be easier said than done. In the case of a car with a two-speed Powerglide (one shift point), this technique is easy-peasy. Increase the shift point by 100 rpm; if the car picks up, add another 100 rpm. The sky isn’t the limit here. Roughly 300 to 400 additional rpm is all most camshaft and valve springs will tolerate, but it should be enough to improve performance.

Other Ways To Compensate
There are some other ways to deal with Mother Nature. Keeping your fuel cool is one of them. This applies to the fuel in the car and the fuel you bring to the track. Always store fuel in a tightly sealed proper fuel jug that’s kept in a cool spot, like the interior of the trailer.

Rear axle and transmission gear swaps can also prove beneficial. Some cars just like more rear axle gear and/or steeper gearbox ratios when it’s hot out. That’s why you’ll often find drag racers from the East using a little bit more rear axle ratio in their class cars in comparison to similar cars campaigned almost exclusively in the West. It’s the high summer humidity east of the Rockies that makes the difference.

Here are some other things that can help engines do better in the heat:

Some cars respond very well to a consistent intake manifold temperature, which is why some racers put bags of ice on the manifold between rounds. Other racers even worry about the color of the car. The bottom line is to do everything you can to get rid of excess heat.

While you can’t manipulate Mother Nature, you can counterweigh the effects of weather with some simple tuning changes. Be extremely cautious when making the tuning changes outlined here, and follow up with constant spark plug monitoring.  You’re walking a fine line between better performance and a pile of parts.

3 responses to “Racing with Mother Nature: How to Tune for Weather Conditions”