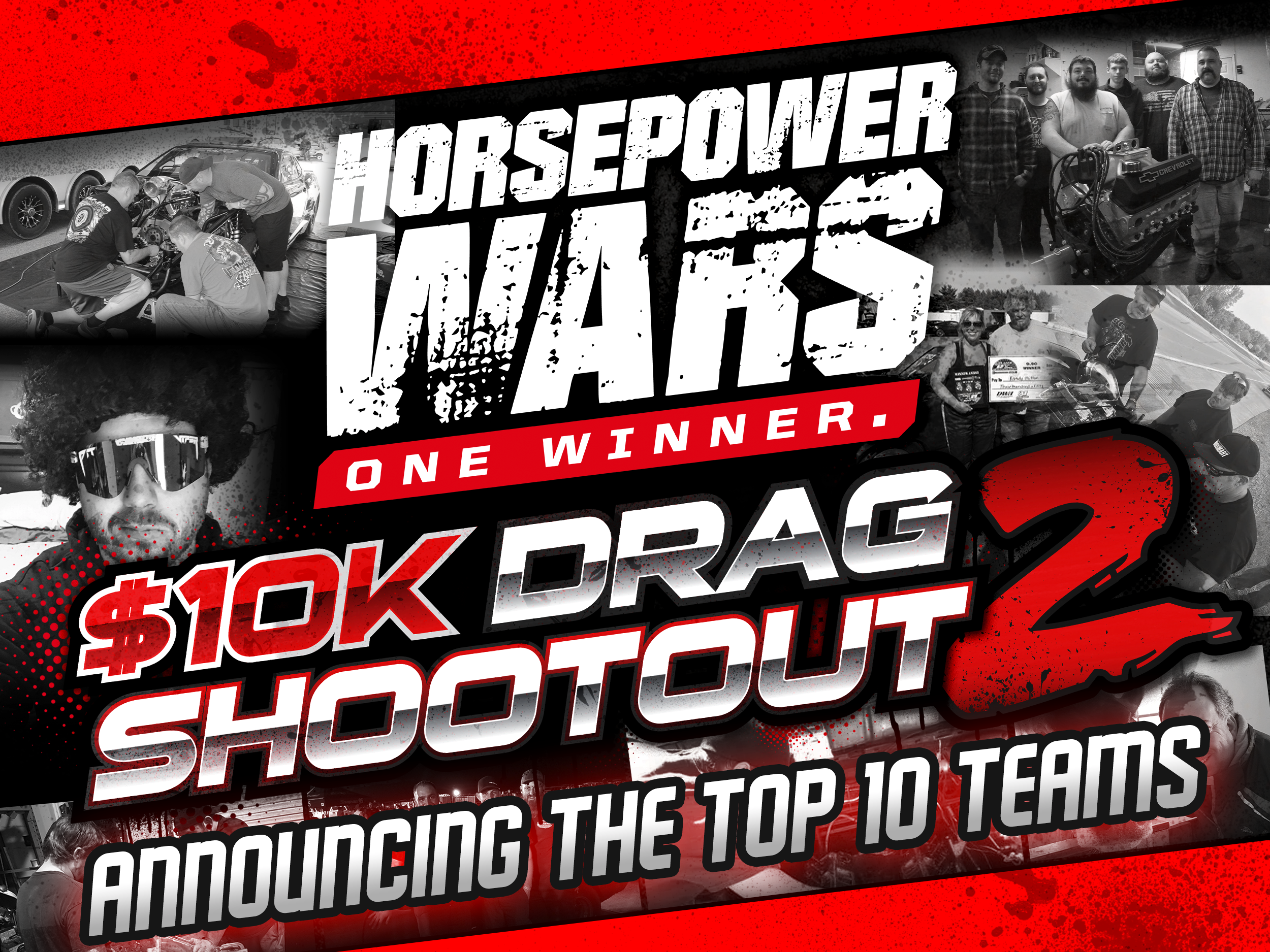 Horsepower Wars’ popular $10K Drag Shootout is set to return for a second season, and the pool of potential competitors has been narrowed down to 10 finalists.

For those unfamiliar with the $10K Drag Shootout challenge, the concept is straightforward: four competing teams each will receive $3,000 in cash and a $7,000 Summit Racing Gift Card to modify their respective vehicles in the hopes of becoming the fastest on the drag strip.

The online video series will premier in September, culminating in a fight to the finish at Oct. 17-20 during No Mercy 10 at South Georgia Motorsports Park. The winner of the challenge will leave with another $10,000 in cash—and, of course, their racing machine.

Last year, Eric Yost and driver Lyle Barnett led Team Bigun to victory behind the wheel of their “Beer Money” Mustang. During season two, the pair will return to defend their title.

Here are the 10 finalists looking to compete with Team Bigun in season 2:

Learn more about each of these finalists—including their fastest times, motorsports background, and details about past vehicle projects—by visiting the Horsepower Wars website.