LAS VEGAS, NV — As always, Ford helped kick off the SEMA Show on Tuesday with one of the first press conferences of the event—and they brought a few friends with them. Namely, Ford touted a lineup of 2019 Ford Ranger concepts and a matching set of F-150 concepts.

However, in a sea of new concepts, it was an old throwback that brought the biggest buzz.

The 2019 Ford GT Carbon Series is the lightest version of Ford’s performance halo car (saving nearly 40 pounds) and features gobs of exposed carbon fiber including dual exposed stripes, A-pillars, and lower body panels. Ford engineers added just enough conveniences—air conditioning, a radio and SYNC® 3—for those customers who want to drive to and from the track in comfort. But they drew the line to keep the weight in check by removing cupholders and the driver’s side seat storage bin. 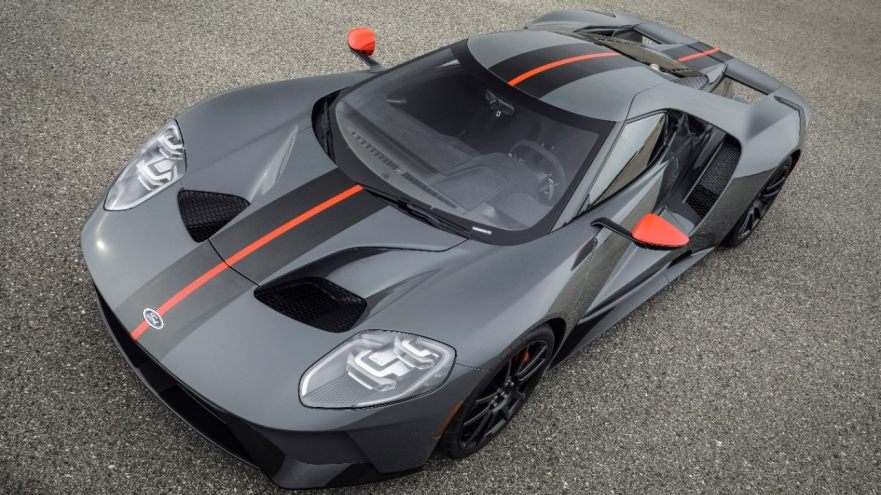 The GT Carbon Series hits the market at the same time that Ford is re-opening the application process for its 647-horse, twin-turbo V6-powered, Le Mans-winning legend. Ford had previously capped GT production at 1,000 but has added 350 units to be produced through 2022.

“The Ford GT Carbon Series stands out on the road with its striking carbon fiber-rich design and on the track with its athleticism,” says Hermann Salenbauch, global director, Ford Performance. “It is yet another example of how we can bring to life our Le Mans-winning supercar in new and exciting ways so our customers can share in that magical legacy.”

In other Ford news, the company introduced the Series One Mustang RTR package. This special edition upgrade can be installed on any current-generation Ford Mustang EcoBoost or GT equipped with the Performance Pack One. Only 500 will be available through Ford dealers starting in early 2019.

See the entire press conference below.