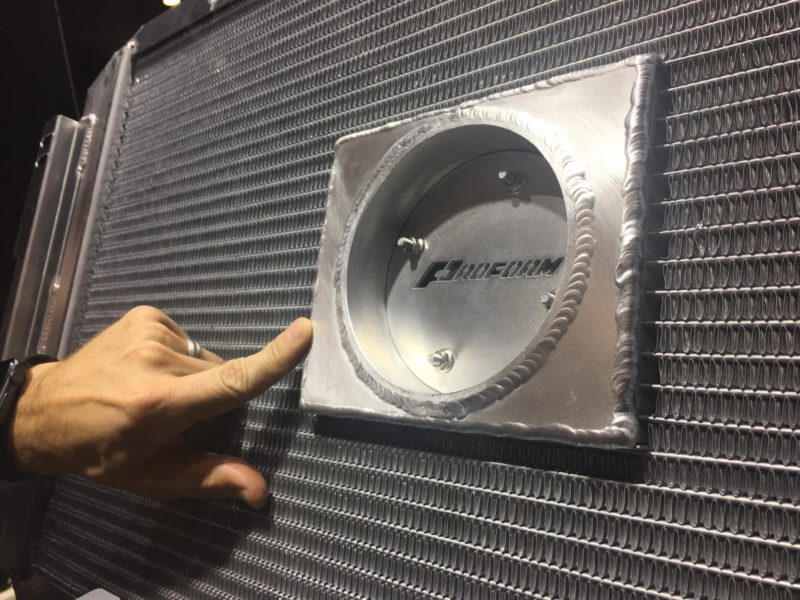 “The fan motor inside of the radiator core is the heart of the innovation,” said Proform’s Booth Platt.

Car builders, hotrodders, and engine swappers have been cobbling together radiators and fans for their engine-cooling systems—and squeezing them (or trying to) into unforgiving places—for the better part of a century.

Welcome to the future.

Proform introduced its brand-new entry into the radiator market at the 2018 SEMA Show on Tuesday—the Proform Slim-Fit Radiator System—which will be making waves throughout 2019 and beyond.

As radiators and electric fans go, this thing looks rad—and we say ‘thing’ because Proform’s radiator-engineering magicians have spent the past three years creating an all-in-one direct-fit (right out of the box) unit which includes your all-aluminum radiator, shroud, electric fan, adjustable thermostat, wiring harness, and radiator cap all fully integrated together and pre-assembled.

All of that would be super-cool on its own, but the real magic of this SEMA product launch lies in how thin Proform has made these all-in-one radiator systems. What typically consumes upwards of eight front-to-back inches of under-hood engine compartment space, Proform has cut nearly in half. 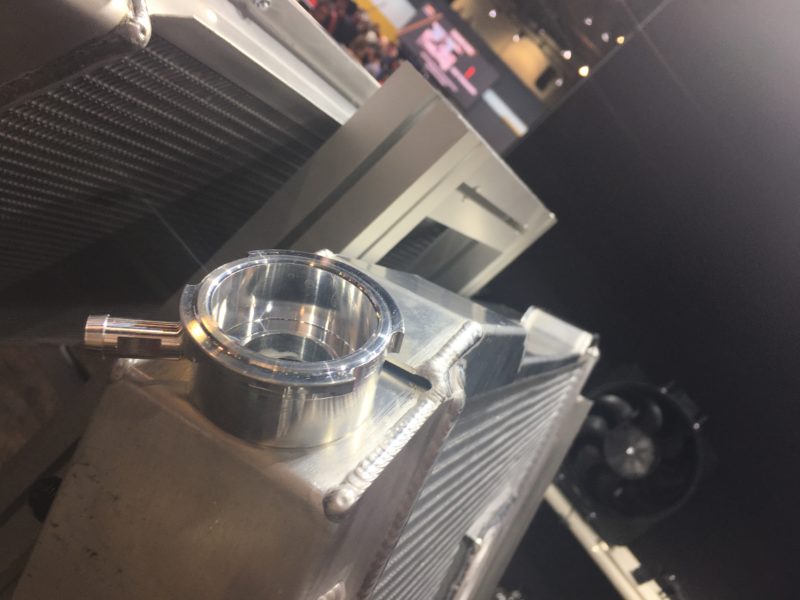 Proform is officially using the 4½-inch number, but a little birdy told us the Slim-Fit Radiator Systems are going to get even thinner.

Conservatively, the new Proform Slim-Fit is 40-percent thinner than your typical radiator/fan/shroud combo.

The company’s product engineers accomplished this by flipping the fan and fan motor around, so that the fan motor is actually mounted inside of the radiator because the Proform team is apparently awesome at brazing. The design doesn’t compromise the radiator’s cooling capabilities, Proform officials say.

“The fan motor inside of the radiator core is the heart of the innovation,” Platt said. 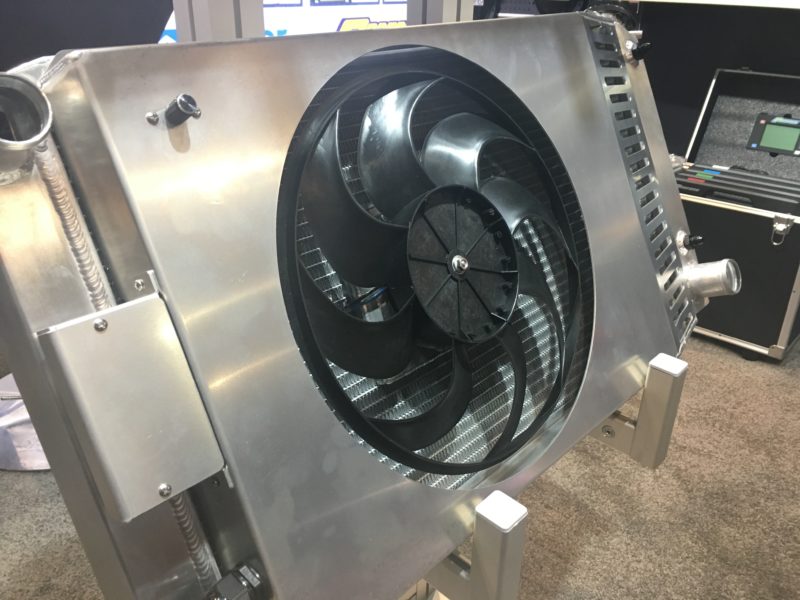 If you see a lot of electric fans mounted on radiators, then you already know you’re accustomed to seeing the fan motor jutting out and eating up a bunch of your sometimes-precious engine compartment space. Proform flipped the fan around and mounted the fan motor inside of the radiator because they love you. (Image/OnAllCylinders)

The design involving and surrounding the motor is covered by a couple of patents, and a patent is pending for the overall design of the shroud and core, Platt said.

These Slim-Fit radiator systems will be available to buy in January 2019.

There are currently 14 Slim-Fit radiator system part numbers for a wide range of both automatic- and manual-transmission Ford, General Motors, and Chrysler classic muscle car applications—from 1959 Chevy Bel Air to Fox-body Mustangs—as well as 1995-2002 Chevy S-10s and their GMC counterparts.

Each contains either a 14- or 16-inch high performance fan blade, Platt said.

Watch and listen to Platt tell our friends at Summit Racing about these new Slim-Fit radiator systems.

Any Chevy S-10 owners in the house? Swap in a small block Chevy or LS engine, and what do you have left for the radiator space? Five inches—that’s what. Five inflexible inches.

You can now add skinny radiator and fan combos to that list. 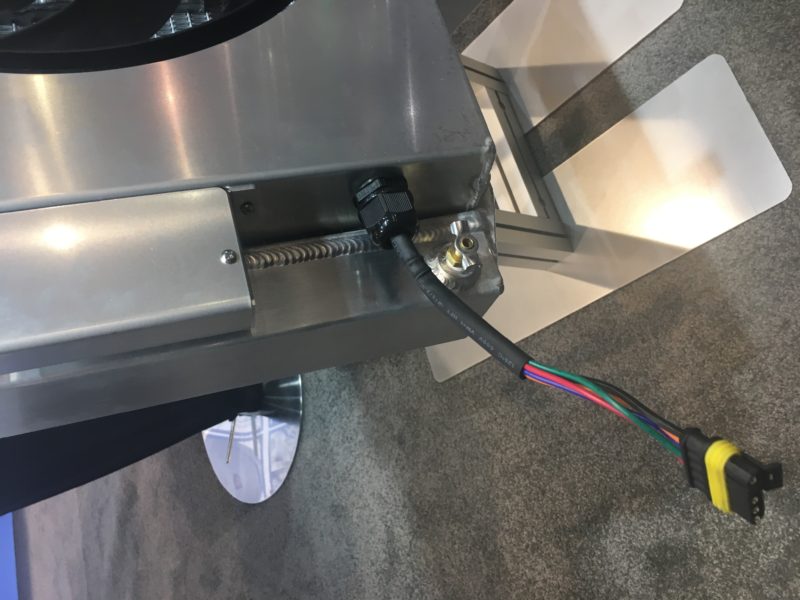 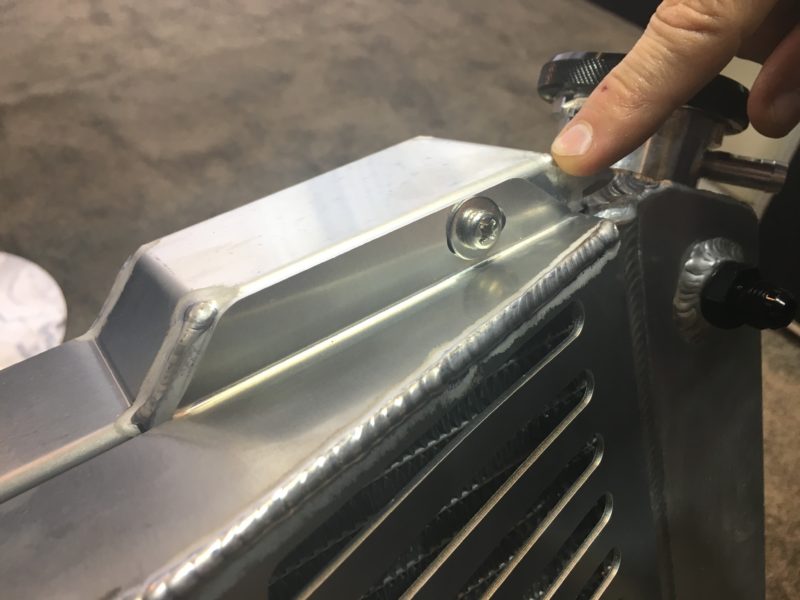 Design AND function get together to throw a little party at the corners of the not-entirely-rectangle Proform Slim-Fit radiator system. (Image/OnAllCylinders) 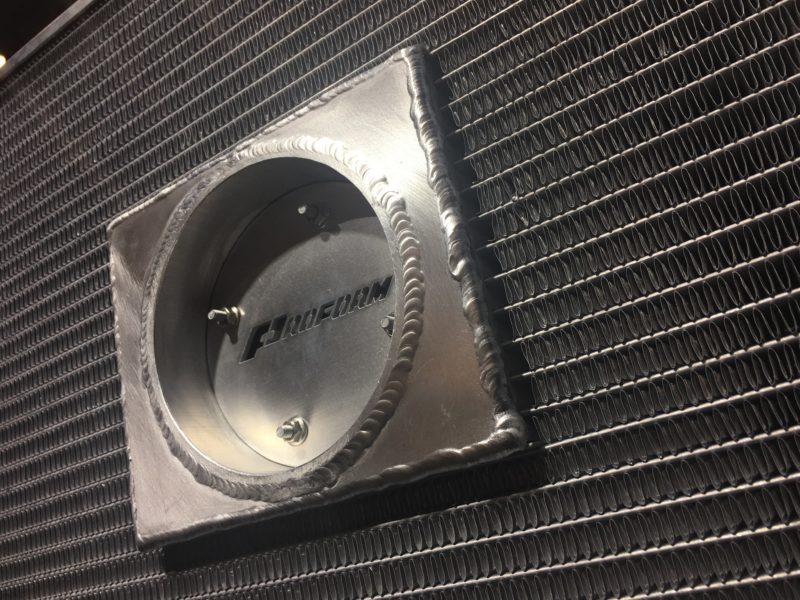 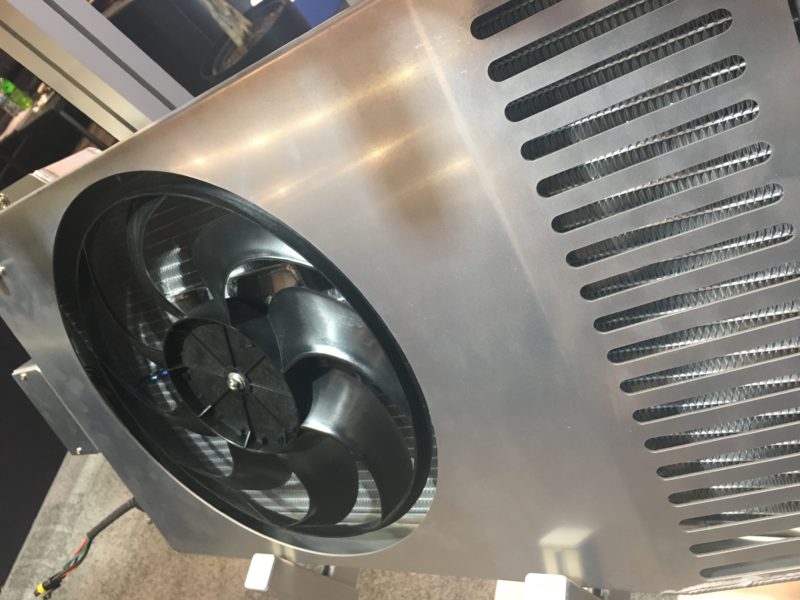 Those slots on the right don’t just look cool. They help with air flow. But we’re good with just looking cool. (Image/OnAllCylinders) 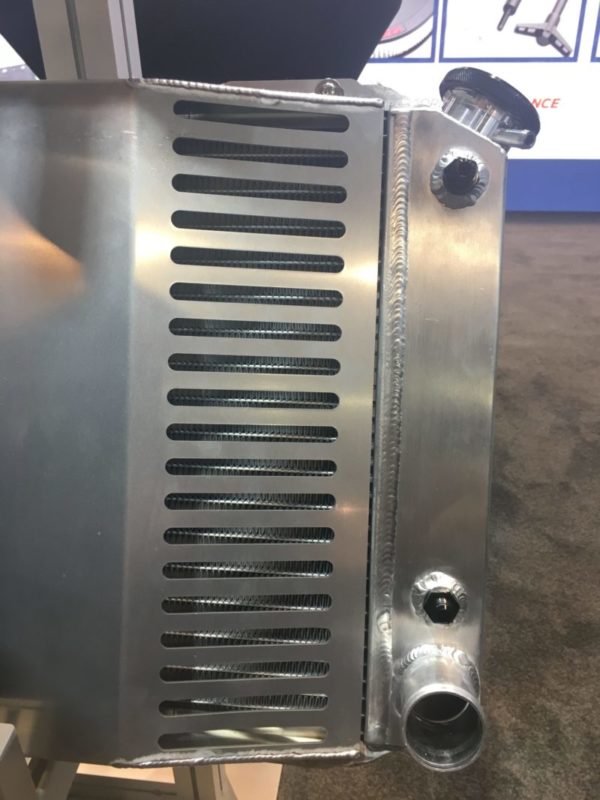