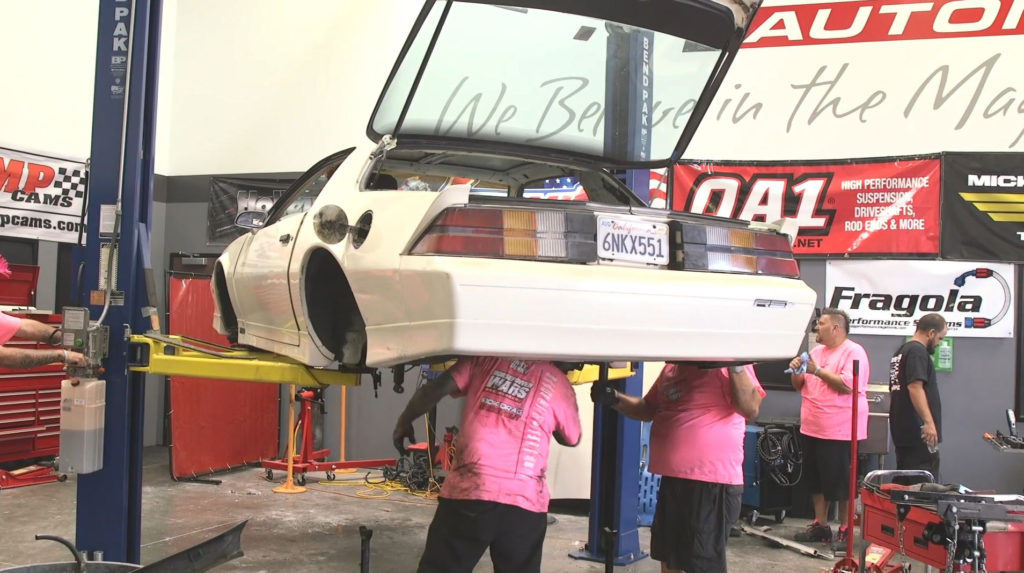 After the Episode 1 introduction of the Horsepower Wars: $10K Drag Shootout, the cars have been chosen and build plans have been set.

Now, it’s time to put the proverbial rubber-to-the-road. The goal is building the fastest car down the dragstrip, in ten days, while staying within a $10,000 budget.

Learn more on the rules and guidelines for the $10K Challenge here.

The battle will consist of a pair of Fox-Body Mustangs, a G-Body Buick Regal, and a third-gen Camaro.

But don’t expect these cars to stay stock—nope, in this teardown episode they’ll be gutted, tubbed, tunneled, and built-up to no-holds-barred 1/4-mile monsters.

The teams are coming at this challenge from different angles: some are using the tried-and-true big block+nitrous combo, while others are going ultra-tech with turbocharged LS motors.

Throughout the build, the teams are adapting their plans to their cars…and, more importantly, their budgets.

Parts are coming in from everywhere, including all-new gear from Summit Racing, and used components from junkyards and smart used deals.

Check out Horsepower Wars: $10K Drag Shootout Episode 2 and see how the cars (and teams) are coming together.

And click here to watch all the other Horsepower Wars videos, including Pony Wars and bonus footage.

One response to “Horsepower Wars: $10K Drag Shootout Episode 2, Tearing Down to Build Up”