Video: This Custom 1941 Ford Pickup ‘Mirage’ is Unlike Anything You’ve Seen It’s hard to explain because the only vehicles in the world that are anything like it are also entirely one-of-a-kind. Just like “Mirage.”

“It’s not what it seems,” said owner Richard Broyles, in a recent interview at the 2017 Piston Powered Auto-Rama where his show car tour continues a year after its debut.

Broyles’ ridiculously good-looking custom show car took seven years to build in his garage. The unique vehicle was named a Great 8 finalist for the Ridler Award at the 2016 Detroit Autorama in its public debut, and has spent the past year collecting a bunch of recognition, awards, and new fans as it has traveled the indoor car show circuit.

Broyles, a Jonesborough, TN native, said virtually everything on the car is custom except for the four fenders and the front part of the hood.

The ’41 pickup roadster (it has a push-button retractable hardtop) is even powered by an ultra-unique engine. The 5.4L supercharged Shelby engine under the hood was originally a Ford test engine with a vented flywheel and many other unique features which never made it into production.

Is Mirage a truck? A car?

We don’t think it matters. Whatever it is, it’s glorious.

See more images of Mirage below: 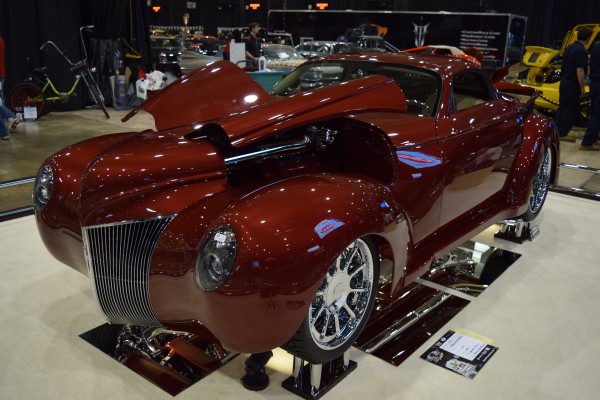 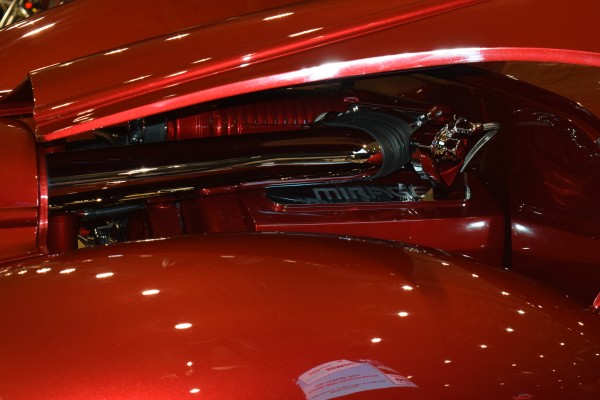