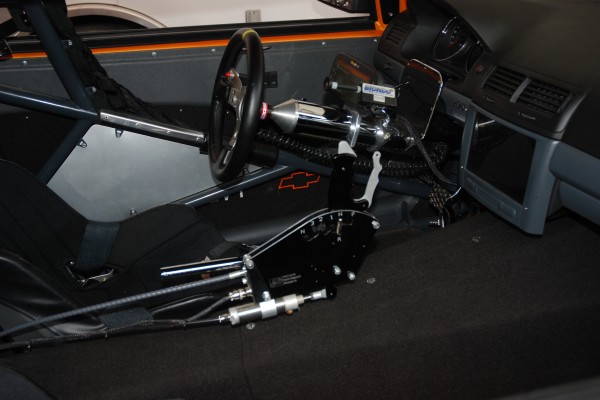 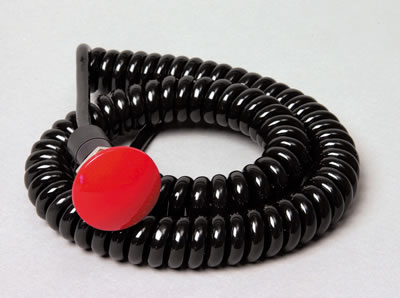 This is a more typical brake setup based upon a reworked production line valve body. As you can see, the solenoid is an external screw-in affair. Summit Racing offers all sorts of different replacement solenoids, too.

Here’s a transbrake valve body from Performance Automatic. Summit Racing stocks and sells these for FoMoCo applications, including AOD transmissions.

Before the advent of the trans-brake, racers using automatic transmissions were at the mercy of the foot brakes installed in their respective cars. The stick shift guys had a big advantage, because they just had to engage the line lock (Roll Control) to leave consistently at an engine rpm where the car worked the best.

Then the transmission brake came along.

This then-revolutionary device allowed an automatic transmission car to consistently leave the line at a reasonably high rpm and consequently be “on the converter.” It also fixed the issue we all faced with brakes that couldn’t hold a car when staging. In short, the trans-brake evened the playing field between stick and automatic racers and truly changed drag racing forever.

When the trans-brake came out, there were a couple of different formats: the electric internal brake and the external CO2 setup. The pages of NHRA’s National DRAGSTER were sometimes filled with “trans-brake war” ads – manufacturers claiming their trans-brake was more consistent, more reliable, and had a quicker, faster release. While there were no clear winners at the time, you’d be hard pressed to find a CO2 brake. The electrically operated brake is the norm.

How does a trans-brake work?

Basically, it’s centered around a solenoid, or electrical valve, that fools the transmission into thinking it is in both first and reverse at the same time. This allows you to sink the gas pedal into the floor after you’ve staged the car in gear. On a sportsman tree, as the last yellow goes out, you release the trans-brake button and the transmission solenoid releases. Consequently, the car leaves the line with the engine spinning at a pre-determined rpm.

That’s the simplified version; however, there are a few things to keep in mind. If you have the tach pegged and keep it there with the brake on, converter life isn’t exactly good. Many trans-brake manufacturers actually suggest you pre-stage in 1st gear. When you’re ready to stage, move in and find your spot. Immediately press the trans-brake button but remember to keep your foot on the brake pedal. Wait for a split second in order to give the brake time to engage. As far as rpm is concerned, higher doesn’t necessarily mean better or faster.

According to the folks at Rossler Transmissions, most combinations prefer to the leave off the trans-brake at between 3,000 and 5,800 rpm. Most seasoned racers will tell you to begin testing your preset launch rpm at a low rpm figure and work your way up. The ET slip will tell you what speed your car likes best. Typically, higher rpm doesn’t always equate to faster. You’ll also find that a two- or three-step rev limiter will be your friend with a setup such as this. That way, you can concentrate on driving rather than the tach.

If you’re leaving on the bottom bulb, Rossler recommends you concentrate on the last yellow bulb once the car is staged and the brake is engaged: “You will see the top bulb flash with your peripheral vision. When the first light flashes, hit the accelerator and then, on the last yellow, let go of the brake button.”

How difficult is it to hook up an electric trans-brake?

When it comes to wiring up their Compu-Flow trans-brake, ATI offers these suggestions: “ATI uses the transmission case as ground, assuming most race cars use solid mounts on both engine and transmission. If by chance this is not the case in your application, be sure that your engine is grounded properly to the frame. The Compu-Flow Trans-brake draws only 1 amp when activated; therefore, an 18 gauge wire can be used as a hot lead to the external connector on the transmission case. We do recommend, however, that the 12-volt be fused for safety.”

A lot has been claimed in regards to reaction times with a trans-brake. Certainly, some are quicker than others, but ATI tells us there are a lot of factors that can have an influence upon reaction times. These include:

As you can see, there are number of things that can influence how your car leaves with a brake. The good news is there are plenty of variables you can work with to improve the way your car works on or off the trans-brake.

Proper Trans-brake Use and Maintenance

Most brakes only function in first gear (confirm with the manufacturer). This means if you inadvertently hit the switch while the car is in another gear, the internal solenoid won’t engage. When engaging a trans-brake, it should only be done when the racecar is at a complete stop.

In some cases and under certain conditions, you might want to run the car off the foot brake instead of the trans-brake. If that’s the case, simply turn off the power supply switch and there will be no adverse effect on the transmission.

If your trans-brake shows a delay or has a hesitation when it releases, the first place to look is the transmission fluid. Low fluid levels will cause a delay in the trans-brake release. If the fluid is adequate, then inspect the release switch. If the switch is fine, then you should remove the trans-brake solenoid and check for dirt or debris.

There’s no real trick to running a racecar with a trans-brake; however, you’ll want to brace yourself when using it.

The launch can be violent!

12 responses to “Trans-Brake Tell-All: What a Trans-Brake Does & How to Use It”