YJ Frame-Off Restore: How to Restore and Protect a Tired Frame

Okay, granted 1994 wasn’t that long ago to most of us, but to a Jeep it can be a lifetime.

You know how it goes: a little water, a little wear, a little salt and suddenly your favorite ride found religion—it’s now hole-y. And there’s not a lot you can do about it. But if you’re game for a frame-off resto, or you’re going to perform a shackle repair, tub weld—any number of projects involving bare metal—then read on.

We lucked out when we found a low-mile, all-original 1994 YJ Sahara for around $5K. The previous two owners were a brother and sister who wanted to find someone who would appreciate the Jeep and not immediately take it rock crawling. It was our chance to have one that was practically new, aside from a little surface rust on the suspension and frame.

There’s only a few ways to deal with rust when you live in a salt belt state. One is move to West. The other? Get the rust under control. For this Jeep, that involved a frame-off. We won’t go into the disassembly in this article, but once stripped bare, the frame was discovered to be in very good condition. All that was really needed was a strip, clean, and paint process.

Taking advantage of the products Summit Racing offers, we completed all three jobs in record time, and for less than sandblasting or a chemical bath would have cost. And the results were astounding. We finished the frame before this past winter, a record-breaking season for snow. The frame was covered in snow for six months.

Were we worried? Not a bit.

When the spring thaw arrived,we found the frame just as we left it with no new signs of rust. How’s that for an acid test? Check out the photos to see what’s involved. 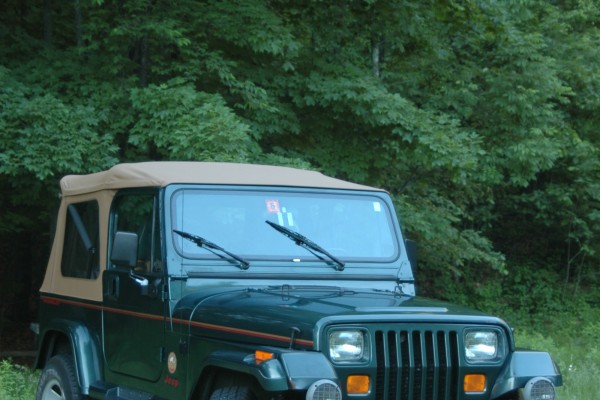 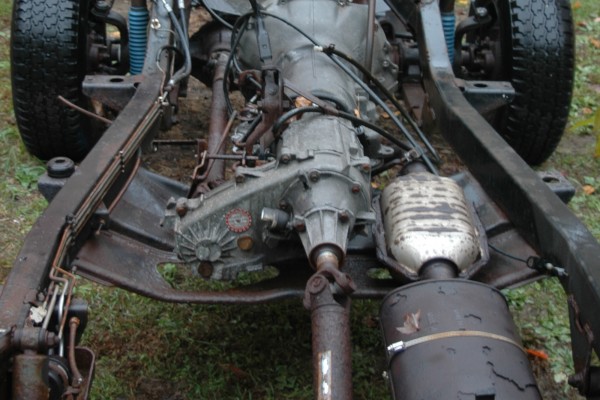 This all-original, no-rust, 74,000-mile ’94 Sahara was a real find—especially in the salt belt. Its two original owners treated it like royalty.

The purpose of this project was to make sure it lasted another 20 years. With the body off, you can see what little rust had set in. Not bad!

Nearly stripped of its components, the frame was in great shape…

Cleaning and protecting can be very easy if you don’t mind the elbow grease. However, some of the chemical can be either messy or caustic. Grease Bully Gloves are A+ at keeping your hands in peak condition.

You’ll want to get a KBS Frame Coating Kit, which includes rust remover, cleaner, and sealer…

...something along the lines of aircraft paint stripper to destroy the old paint…

…and a selection of sanding disks and wire wheels to power off rust and debris.

Another option for protection is KBS’ Blacktop. It self-levels and has built-in UV stability. I can be heavy-handed with a paintbrush, so I needed more than the quart of Blacktop the Frame Coating Kit comes with. Blacktop was just what the mechanic ordered.

Step one was to clean the frame of 20-plus years of gunk and rust. Degreasing alone with KBS Clean yielded some interesting results. Check out that shiny metal.

Of course, you have to do something about all that paint. That’s where aircraft stripper comes in handy. Just brush on, let it sit…

…and scrape it off. It even softens undercoats. However, be absolutely sure you clean the frame thoroughly during the pre-paint stage. If not, you’ll be doing this all over again.

With KBS Rust Blaster applied, I was well on the way to having a rust-free surface.

ScotchBrite pads really help a lot during this stage.

And those wire wheels proved indispensible. Check out that shine.

Those results speak for themselves.

While not a requirement, I chose to spray a coat of epoxy primer over the entire surface.

Apply the paint and let dry. Another nice thing about Blacktop is that it sprays great with a properly rated gun.

And that’s that. This frame sat outside unprotected during the record-breaking winter of 2015. Not even the slightest sign of rust.

3 responses to “YJ Frame-Off Restore: How to Restore and Protect a Tired Frame”