The Top 5 Vehicle Makes You Want to Resurrect 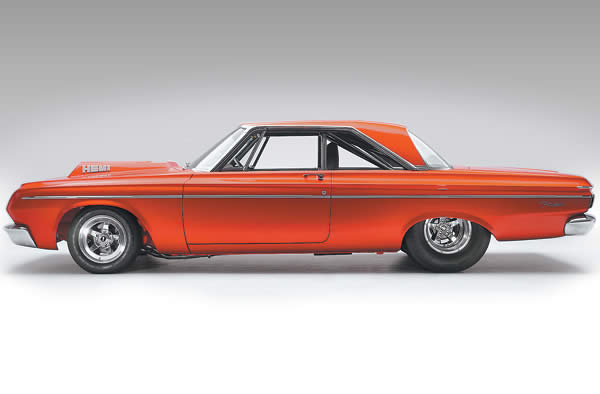 “I have a brilliant idea. Let’s eliminate the company that made this slice of automotive heaven,” said no sane person ever. Image/Todd Biss

Hey, we don’t get it either.

How is it that something so beloved by so many people can simply go away?

From S.W. Graham to Planters Cheez Balls to Wacky WallWalkers, we think we can all agree that some things should never go away.

The crew at Summit Racing asked you on Facebook what vehicle makes you want to see return from the automotive grave.

Your answers made a lot of sense to us.

So, what vehicle makes do you want to see resurrected? These worthy choices:

We don’t have an exact count, but it appears for every vehicle brand one of you wants to see return, there are nine of you clamoring for more Driving Excitement.

This doesn’t surprise us.

Pontiac dished out so many economically accessible and classic cars over the years that it still frustrates us that General Motors axed its performance division, effective Oct. 31, 2010.

From the absolute majesty of the 1959 Bonneville to the epic pile of muscle car glory that was the 1966 GTO, Pontiac delivered, well, driving excitement.

There were Star Chief and Tempest classics. The Smokey and the Bandit Trans Am craze. And a whole slew of drivers who gravitated toward the modern-day Grand Prix, G6, and G8.

Hudson gave us the Hornet and the Wasp.

Nash gave us the Rambler and the Metropolitan.

And AMC gave us the Matador, AMX, Gremlin, and contributed a world of good to the Jeep badge between acquiring it in 1970 and its eventual sale to Chrysler Corp. in 1987.

Studebaker merged with Packard in 1954. Both before and after that merger, Studebaker was delivering some never-before-seen engineering to the automotive world.

To this day, so many of the Studebaker (and Packard!) models stop us dead in our tracks. They don’t look like anything you typically see.

We recently celebrated the Studebaker and Packard nameplates with photo galleries from Summit Racing’s Studebaker-Packard car show in August. You can see the Studebaker gallery here, and a gallery of Packards and other independents here.

We really miss those Planters Cheez Balls. But we miss Studebaker more.

As if reducing Mopar production was somehow a good idea, Chrysler stopped Plymouth production in 2001.

We don’t really have to say much about Plymouth, because everyone with a brain already gets it.

Plymouth gave birth to the Barracuda, the Road Runner, the Valiant, the GTX, and the severely underrated Sport Fury. Some of the finest American muscle cars of all time.

We realize a lot of you guys are firmly entrenched in a specific automotive camp. If you’re a Ford or Chevy diehard, you’re not likely to care.

If you’re a Mopar enthusiast, losing Plymouth was tragic. Like finding out Danny Almonte was really in his 40s. Like Seattle losing the Sonics. Like never eating S.W. Graham again. Brutal.

We can make you feel a little better about it by reminding you of this and this. But believe us, we understand that virtually every car designer lost his or her mind for a two-decade stretch starting around 1983.

In conclusion, we think we can all agree that variety is the spice of life. And our lives would all be just a little bit better if we could have these vehicle makes back.

That, and a Wacky WallWalker.