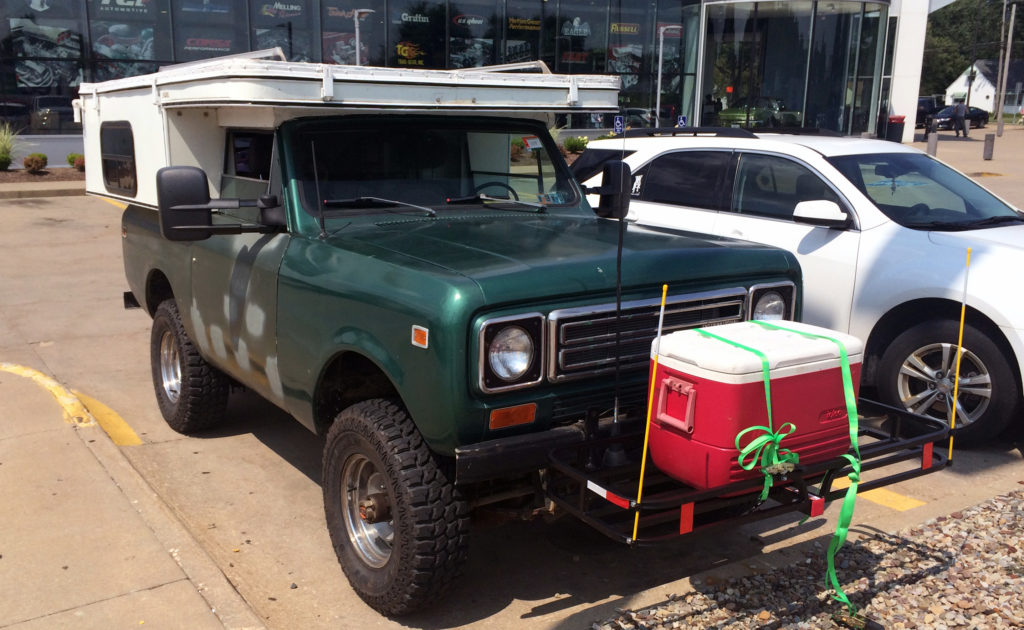 In John Steinbeck’s first-person, fictionalized travelogue “Travels With Charley,” the author writes about his cross-country adventure in a GMC pickup truck/camper.

Charley, of course, is his dog.

We were already getting a Steinbeck-ish vibe from this International as we approached it to snap photos for today’s Lot Shots.

But when a delightful pooch popped its head out to greet us, that cemented it.

We’re not sure where these folks are headed in this retro-chic Scout camper, but we’re jealous that we’re not going with them.

Technically, it’s a Scout II (2), an SUV made by International. Yes, that’s the same company that made International Harvester farm equipment and Cub Cadet lawn tractors.

Larger and more comfortable than the original Scout 80, the Scout 2 was better positioned to compete with the then-new Chevy Blazer and Dodge Ramcharger.

This particular Scout 2 we spotted in the Summit Racing retail store parking lot near Akron, OH has jettisoned its traditional hardtop in favor of a wicked-awesome pop-up camper. The cooler in the front hitch-mounted cargo rack is a nice touch too.

The Scout 2’s body remained relatively unchanged over its 1971-80 production run, with changes to the grille being the major distinguishing factor between years.

That said, this looks like a 1977-79 edition. If you’re an International expert and can pin down a specific year, please let us know.

Under the hood probably rests either an AMC-sourced 258 inline-six or a 304 V8 made by International.

Fun fact: International made its own, unique 304-cubic-inch V8, which was totally different than the more common AMC 304. On paper, the two are easily confused due to the fact that International occasionally used other AMC engines.

We waited as long as we could to try to talk to the owners, but we couldn’t find them. We’re hoping that this was just a brief stop on their months-long interstate adventure.

And that somewhere, Steinbeck is grinning.

P.S.  No, we didn’t get pictures of the dog—he seemed like a lively pooch and we didn’t want to get him riled up without his owners around. 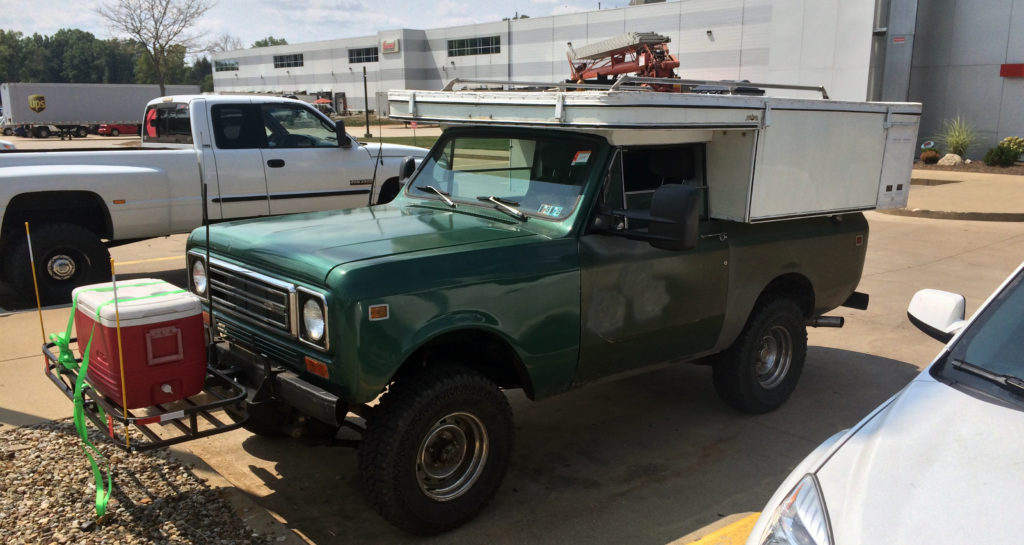 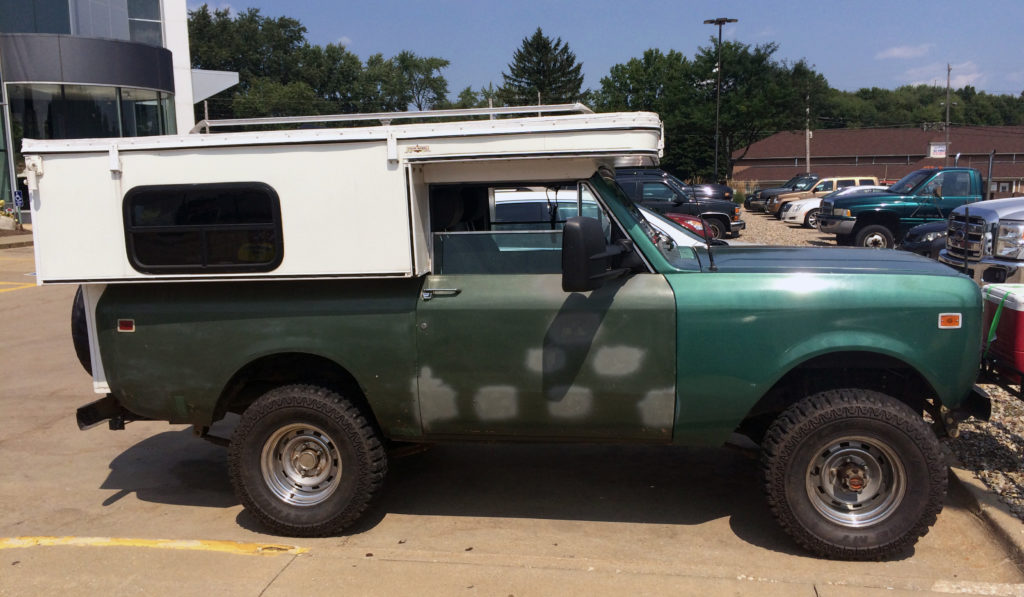 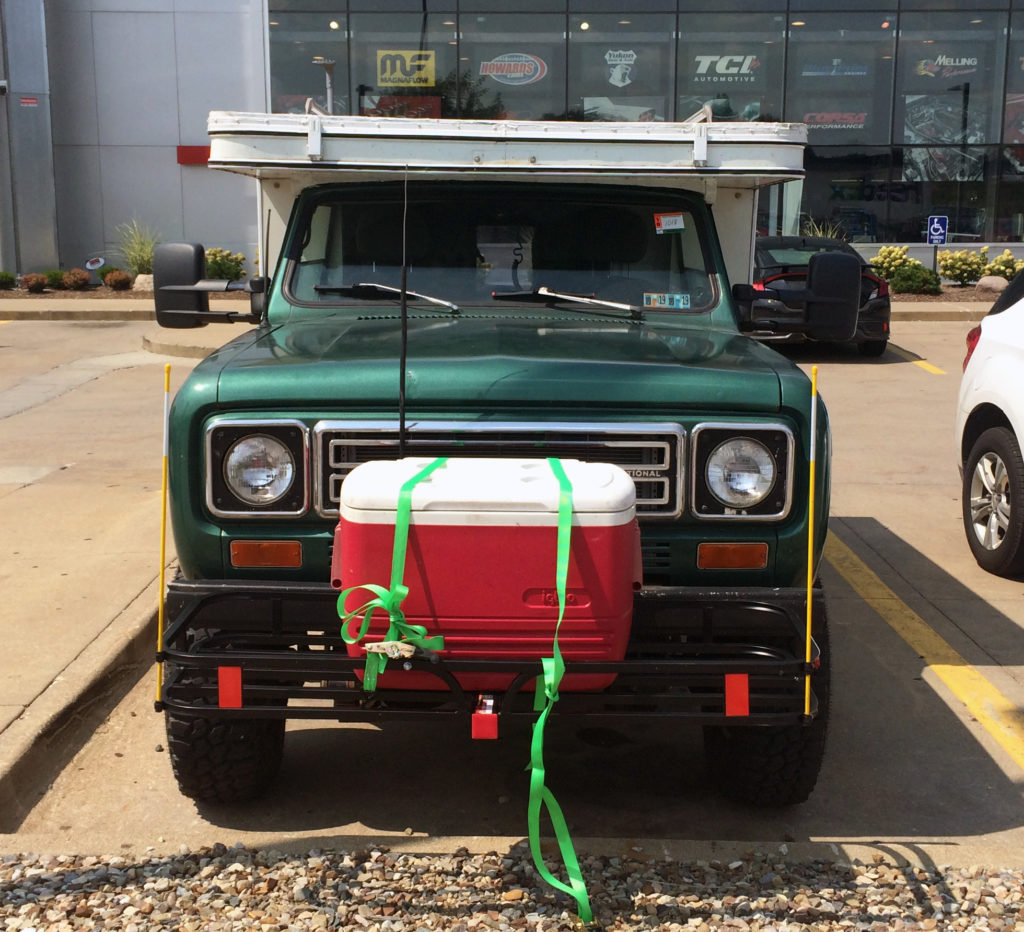 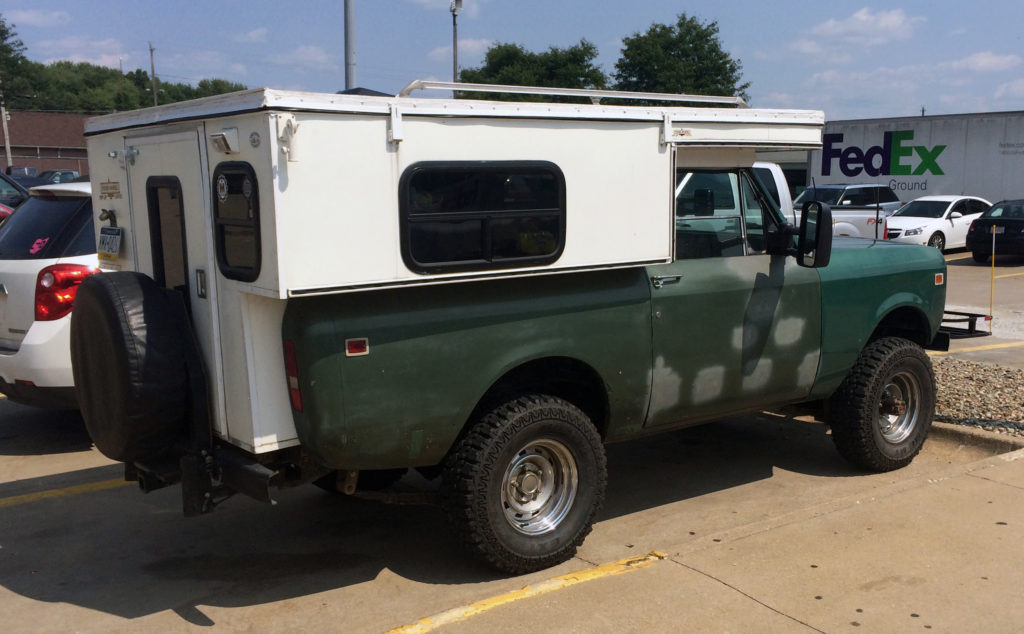 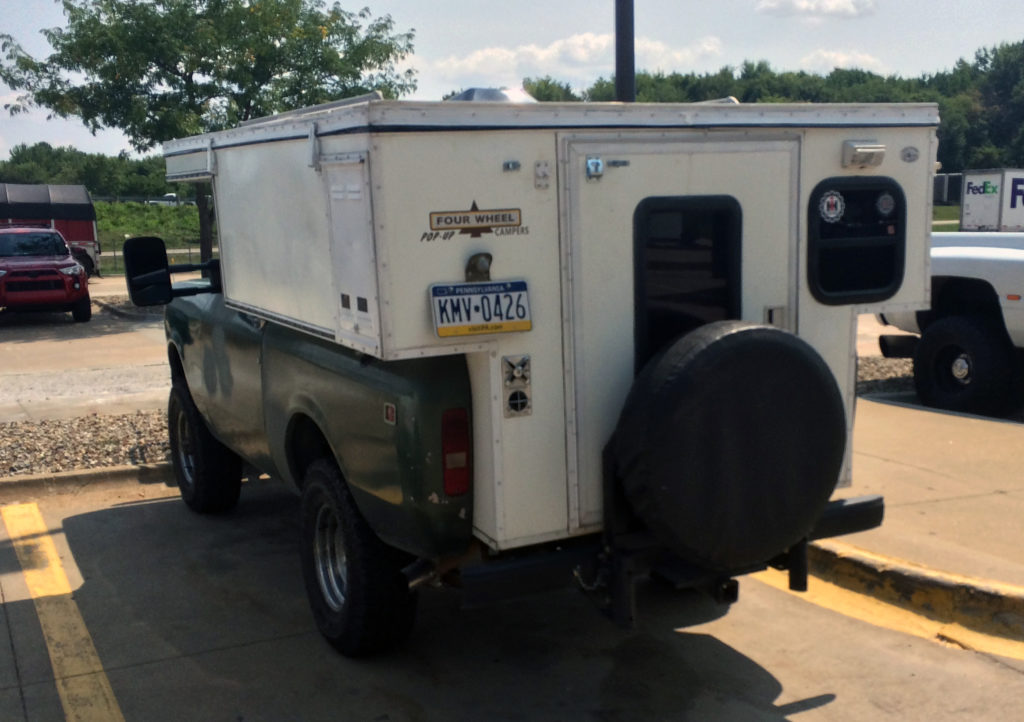