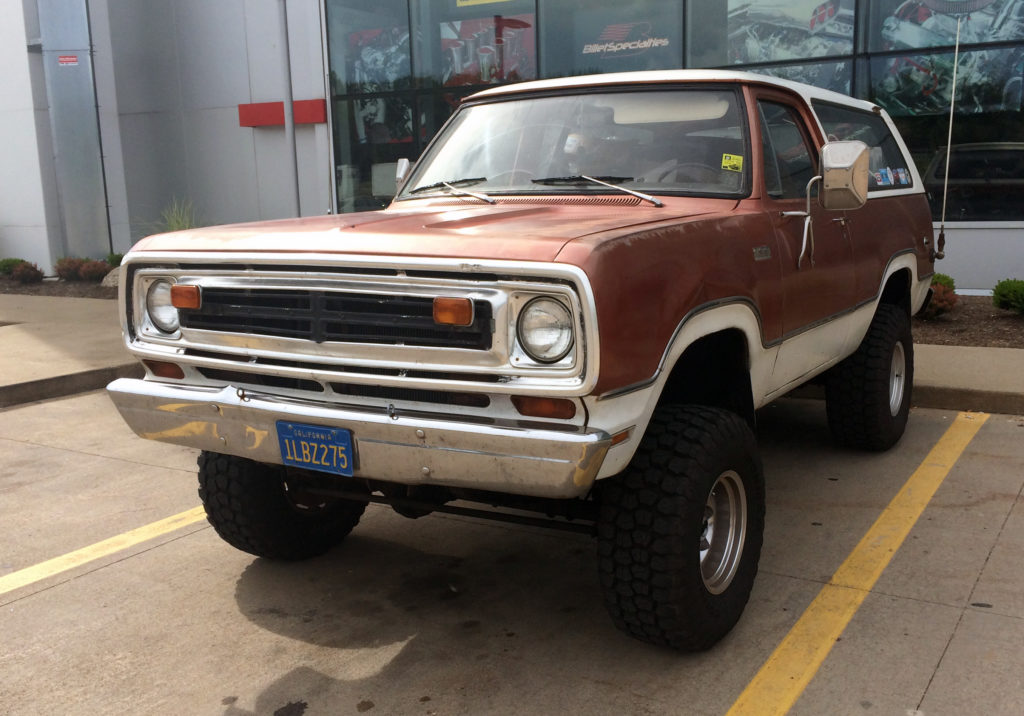 Every once in a while, we stumble upon a Lot Shots feature in which the story behind the car is way more interesting than the car itself.

Not saying a Plymouth Trail Duster isn’t interesting—far from it, actually.

The Trail Duster is the rare Plymouth twin of the much-more-common Dodge Ramcharger—a full-size SUV Ma Mopar introduced in 1974 to combat the then-new International Scout II and Chevy Blazer.

But when we ran into this particular Trail Duster as it rumbled into the Summit Racing retail store, we got a chance to visit with the delightful couple driving the rig.

This is where the story gets good.

In the spirit of Burt Monro, the Plymouth’s owners were gearheads from New Zealand.

They bought the Trail Duster online, sight unseen, from a seller in California.

The Kiwis then flew across the planet to the Golden State, where they picked up the rig and embarked on a cross-country adventure.

When we caught up with them at Summit Racing near Akron, OH, they had just left left the Mopar Nationals in nearby Columbus, and were on their way to Baltimore—where the Trail Duster was to be crated and shipped to New Zealand.

Ironically, we were so fascinated by their story, that we didn’t get a chance to talk much about the truck.

But they did tell us it was loaded with parts and will undergo a healthy resto-mod treatment once it completes its trans-oceanic voyage. It was originally a 360 truck, but a 440 has now taken up residence under the hood. (The Mickey Thompson Classic IIIs aren’t stock, either.)

The owners weren’t new to Mopars, having owned an assortment of Barracudas, Challengers, and a handful of other Dodge/Plymouth muscle cars.

We think it’s a 1976 version thanks to the full-frame doors that appeared in 1975, the spare tire bracket (which was stowed in the back), and the pre-1977 grille. If you can tell us for sure, please comment below.

By now, the Trail Duster is probably on a boat steaming toward the South Pacific.

And, after talking with its new owners, we’re sure it’ll be very happy in its new home. 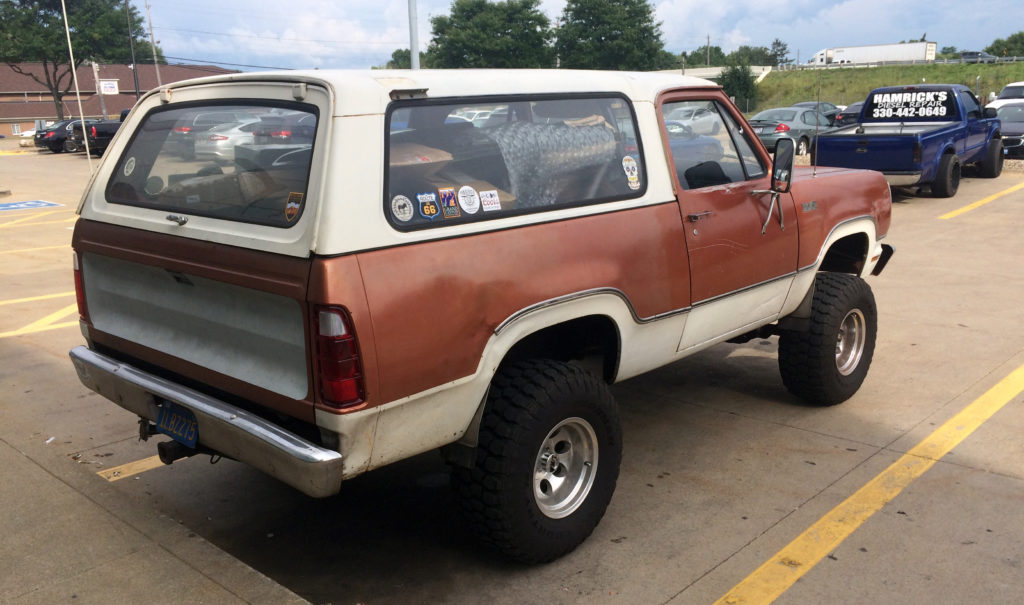 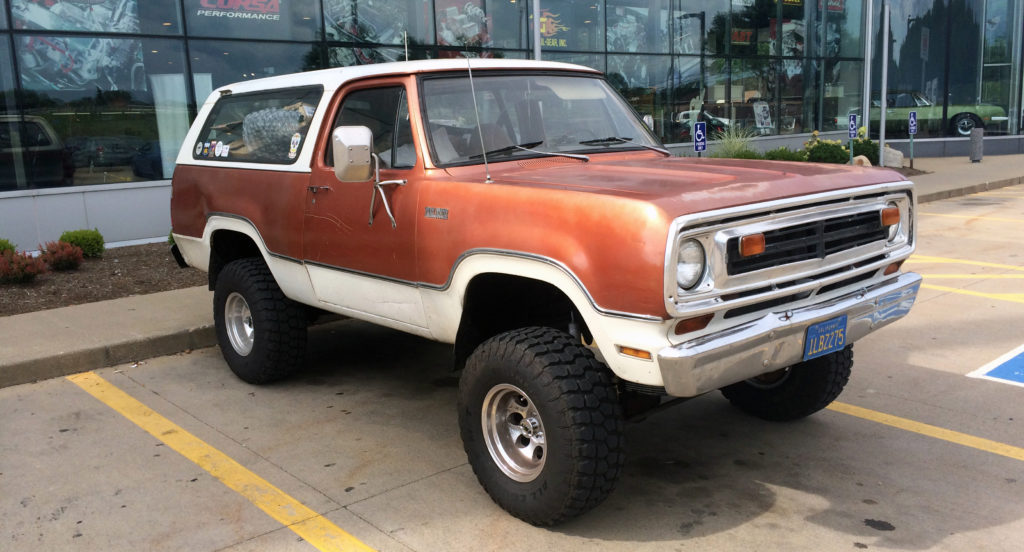 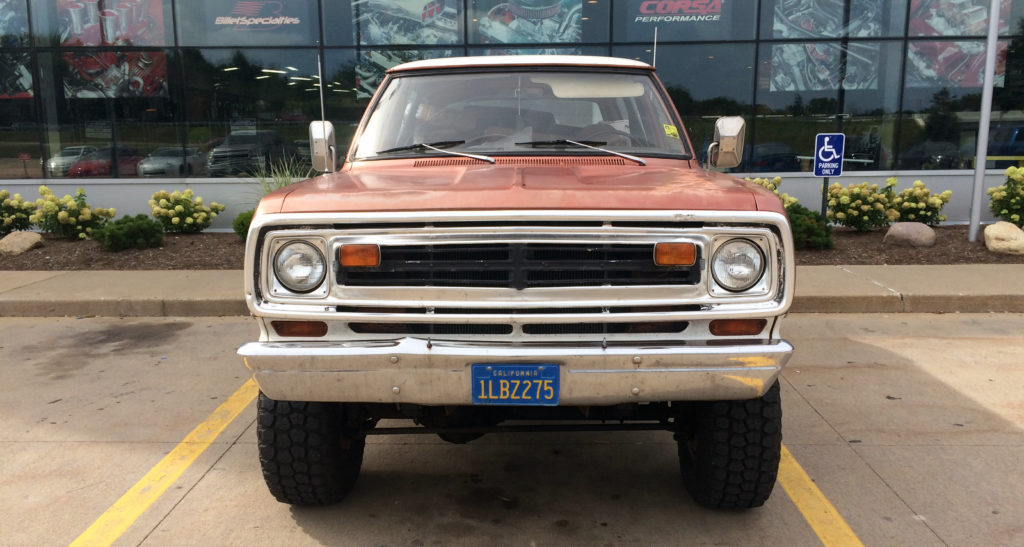 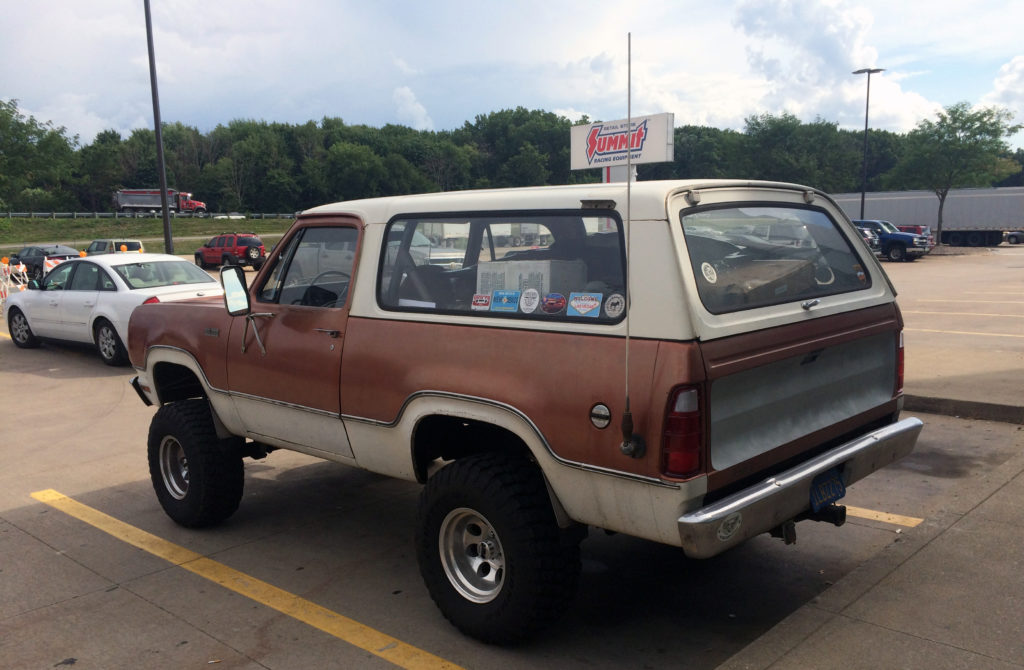 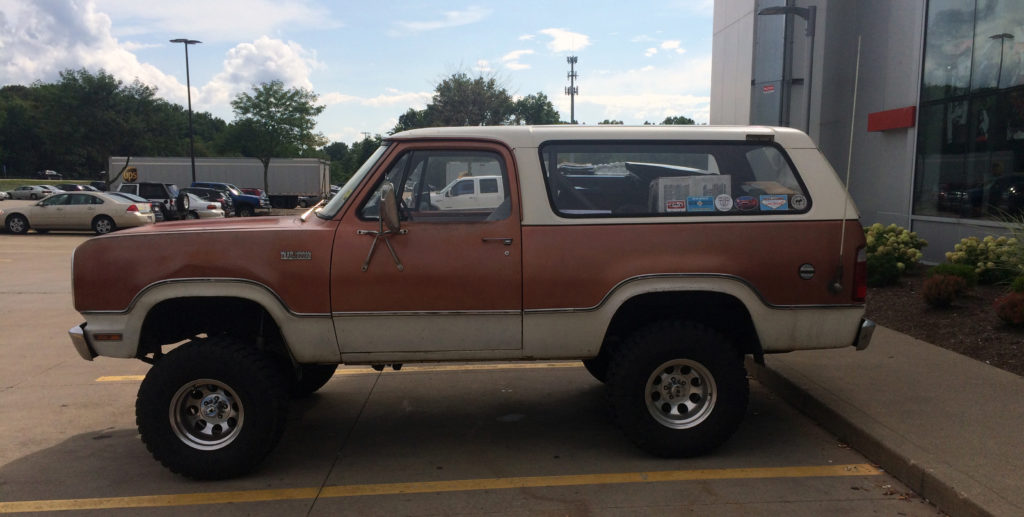 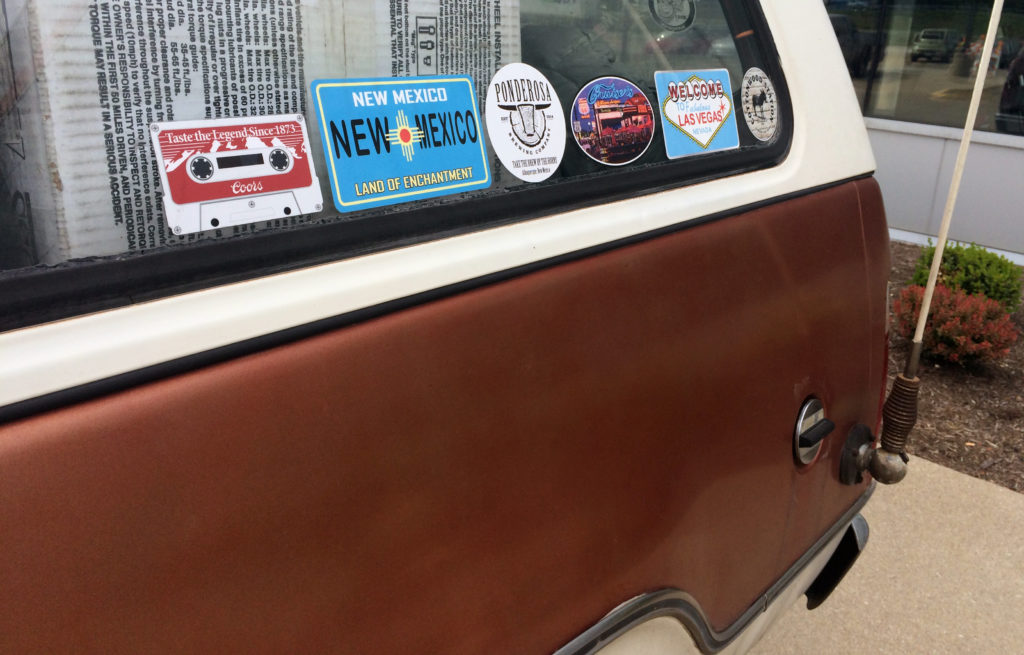