Author’s Note: This story is about my father. His name is Steve Griswold. He’s a lifelong racing enthusiast who didn’t always have the resources to participate. He golfed a lot instead. But in 2007, in his mid-50s, he ran his stock C6 Corvette one night at the local strip and speed became the new obsession. Weekend mornings on the golf course turned into weekend nights at the drag strip.

Everything’s different now. Dad and his crew remain a group of friends just trying to figure out this whole drag racing thing as they go. But with a 2013 NMCA World Street Finals championship to hang their hats on, they know they have a shot. The sweet feeling that comes from not just thinking you can win, but knowing you can.

Dad’s Corvette is now powered by a newly built 1,000-horsepower, supercharged 388-cubic-inch LSX engine which my father’s friend, engine builder, and crew chief Richard Brannen built over the past year.

After sitting out NMCA’s 2014 season, dad and the crew are back to defend their title.

I’ve lived 500 miles away from my father most of my life. Since I was 4. I live in Ohio. He lives in Illinois. We have never got to play golf or work on cars together as much as we would have liked.

So this right here? It’s special.

There is no shortage of great car build and racing stories.

But when it came time for me to decide what to write at the 2015 NMCA World Street Finals, there was only one choice.

A person can have only one favorite driver. Mine happens to be an almost-60-year-old racer most fans have never heard of. Steve Griswold (left), and Richard Brannen (right) with their race car at the NMCA World Street Finals in Norwalk, OH.

NORWALK, OH – I thought he was crazy.

The four-year-old 2005 Chevy Corvette only had a few thousand miles on it and Steve Griswold—my father—was telling me his plans to tear apart a perfectly good Corvette and convert it to a full-time race car.

I’m not saying being 50-something makes you too old to seriously pursue drag racing. But I was guilty of thinking there were safer, wiser, and more financially responsible ways for my son’s grandfather to spend his time.

I chuckled at my father from whom I inherited my “big kid” tendencies. I assumed it was just a phase.

About a year earlier he ran the car for the first time at Cordova Dragway Park, in Cordova, IL—the local track for many racers in western Illinois. The factory Vette made a 13.2-second pass. Dad wanted to go faster. He’d tell you he needed to.

They added a supercharger.

“He really wanted to go quicker,” Brannen said. “So I pulled the differential out and put 4.10 gearing in it. And that’s when we started breaking [stuff].”

When the NMCA World Street Finals rolled around in October 2013 at Lucas Oil Raceway in Indianapolis, I’d gotten used to receiving bad-news text messages about parts breaking or bad luck at competitive events.

But this time, the updates I was getting were the good kind. Finally. Dad and this try-hard group were going rounds.

My father raced his way through a 60-car field to win the NMCA event in its LSX Rumble class at a nine-second index.

There are probably a lot of people in the world who could acquire a new block and not build a brand new racing engine out of it. It just so happens my father isn’t one of them.

Brannen, the engine builder, assured me there were legitimate durability concerns with the LS2.

“You can’t machine them out or anything, other than five-thousandths over,” Brannen said of the LS2. “We were worried about wearing it out.”

Between you and me? I think they just wanted to build a new engine really badly. 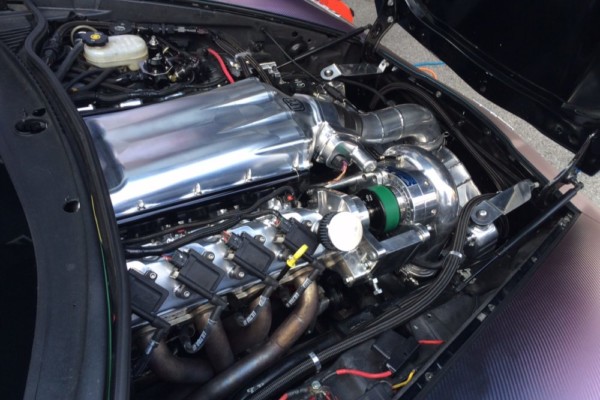 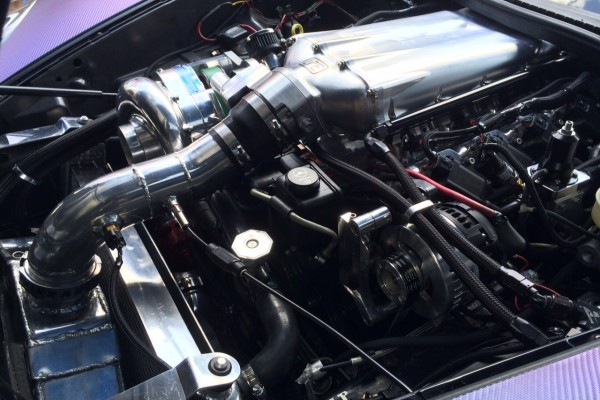 The new supercharged 388-cubic-inch LSX is a fuel-injected beast managed by a Holley Dominator EFI system and sprinkled with enough billet and aluminum to inspire joy in even the most casual racing fan.

Brannen said he built the engine around the capabilities of the ProCharger F1C supercharger they already had. The reason wasn’t as complicated as I thought.

“I knew building this engine was going to cost a lot of money. I was trying to help your dad out,” Brannen said, noting a new supercharger kit costs roughly $6,000.

There is more power available in this engine, he said, but the short-term goal is to get the car running precise 8.5-second runs, and keeping it there.

But even the 10-rib belts were dying fast deaths when they first got the new engine put together. A slight alignment adjustment seemed to fix the problem. It was July 24, and I just happened to be visiting my family in Illinois that week with my young son. We arrived at Cordova Dragway in time to see the second pass, as dad and Brannen wanted to work out the new LSX engine’s kinks in time for this past weekend’s NMCA event in Norwalk.

On the third pass, they broke the transmission. It ended our night at the track early and left doubt as to whether the car would be ready for Norwalk.

Brannen, who seems to like my father more than he does earning money, spent untold hours fixing the car in time to get it back out on the drag strip before the NMCA race.

It turns out, the brand new engine wasn’t the most influential addition to the race car. Brannen studied the tire-wear patterns after removing the slicks and decided to make a camber adjustment. He removed the upper and lower rubber bushings on the rear control arms and replaced them with solid bushings, which eliminated any back-and-forth control arm movement.

That, combined with the bigger sway bar, increased the contact surface between the track and the drag slicks at launch, and now has the car firing straight as an arrow.

Wild swings in air temperature can cause headaches for many drag racers and engine tuners. The icy water-to-air intercooler takes most of that out of the equation for Brannen and my father on race day. It’s a car built for precision. Built to run to the hundredth of a second.

They seem to be onto something. They hit their number to win six rounds at Lucas Oil Raceway in Indianapolis in 2013, and had it going again this past weekend.

Indexing at nine seconds, dad ran an 8.99 on his first test-and-tune run, and 8.94 on the second. They took out a smidge of timing and ran a 9.01 in their first qualifying pass.

“And he’s the #1 qualifier right now. Griswold looks good out there,” BangShift’s Brian Lohnes said over the loudspeaker. That’s the kind of thing a son likes hearing someone say about his father.

They tore up another supercharger belt on their second qualifying run (still ran a 9.02), and that took out the power steering belt which really matters because it runs the car’s alternator and, by extension, all of its electrical systems, including fuel and air management.

They replaced the belts at the track with no opportunity to make another pass before elimination rounds. Livin’ on prayer.

Dad’s first qualifying run held up for the top position in Street Kings, and because of an odd-numbered field, afforded him a bye in the first round.

We didn’t know for sure what would happen, so Brannen told him to only run it hard to the eighth mile and back off.

A few hours later, we were called to the staging lanes for the second round. Dad, indexed at 9.00 seconds, was matched against a Gen-5 Camaro indexed at 9.25.

On a staggered, Pro Tree, reaction time would mean everything. Despite the tricky, staggered lights, I expected dad to be solid on the tree. He always is.

I stood there waiting for the win light to change its mind. I kept staring, willing it to switch sides. But it wouldn’t. The win light keeps emotion out of its decisions.

The stakes aren’t THAT high. It’s not life and death or even an NHRA Wally. But these big moments don’t come around often for a race team like my father’s. These are the moments those guys live for now.

And it’s all over in nine seconds.

Because of 75 ten-thousandths of one second.

And a wish-we-could-have-that-one-back reaction time.

Done. You talk about what happened for a bit. Shake a few hands. Pack the trailer. And that’s it.

Waiting for next year.

“Our goal for the rest of the year is to have fun and see how fast we can make it go,” he said.

Dad and Brannen will be the first to tell you everything is still a learning experience for them both.

“I don’t pretend to be any kind of guru,” Brannen said. “I’m just coming along for the ride here.”

Admittedly, they’re probably not the model race team. Honestly, who tears apart a $50,000-plus street car to build a race car?

So maybe they’re not always easy to understand. But they are easy to root for. And even easier to love.

“I keep telling you how stupid we are,” Brannen said. “We could have bought a race car and saved a lot of money. But we started with this, and it just kept going.”

And maybe I’m the only one, but I can’t wait to see what’s next.