Time Travelling: DeLorean and ‘Back to the Future’ 30 Years Later Most of us had never seen anything like it.

It was part sports car, part spaceship, backing out of the trailer onto the Twin Pines Mall parking lot in the middle of night.

There was an aura of magic about the entire scene because we knew this was the big time machine reveal and because some of us were just 6 years old staring in wonderment at that giant movie theater screen.

Thirty years ago today, Dr. Emmett L. Brown (played brilliantly by actor Christopher Lloyd), introduced us to the time-travelling DeLorean DMC-12 at the opening of the classic action-comedy Back to the Future.

“The way I see it, if you’re gonna build a time machine into a car, why not do it with some style?” Doc Brown said.

The DeLorean DMC-12 has become tightly intertwined with the Back to the Future movie trilogy which turned the unique stainless-steel car with gull-wing doors into the pop culture icon it has become. It’s hard to think of one without the other, not unlike having the last name Griswold and expecting people to do anything other than reference one of the National Lampoon’s Vacation movies.

But there’s much more to the DeLorean story than 88-miles-per-hour, 1.21-gigawatt, plutonium-powered time travel in Hill Valley, CA.

John DeLorean was a Detroit native. By the time he was 40 in 1965, he was running Pontiac.

DeLorean is the guy who first thought to stick a big-block V8 into a coupe and subsequently created the Pontiac GTO.

So, one might say DeLorean was responsible for kick-starting the Muscle Car era. You’re welcome, universe.

He rose the corporate ladder to General Motors’ vice president of car and truck production, but resigned in 1973 when it became clear he wouldn’t become GM’s next president, according to this story from The Cheat Sheet detailing U.S. congressional action that would allow small automakers like DeLorean Motor Company (now in Texas) to build brand new versions of “classic” cars built to meet modern emissions and performance standards.

When John DeLorean left GM, he opened his factory in Northern Ireland to build an American car powered by a French-Swedish engine and sitting on a Lotus-designed suspension.

Only 9,000 DMC-12s were ever built before the company ran into financial trouble and John DeLorean was arrested (before later being cleared) for financing a cocaine smuggling operation. (Which you can read about in that Cheat Sheet story.)

The future of the car looked bleak before Back to the Future director Robert Zemeckis chose it as Doc Brown’s time-travelling machine.

The DMC-12 doesn’t necessarily look and feel like most of the cars we’ve grown to love through the years, but its combination of rarity, unique engineering, and immortalized iconic status keeps the DeLorean parked in a special place in our hearts.

And on this 30th anniversary of Back to the Future’s theatrical release, and the 10-year mark since John DeLorean’s passing, we salute the one-of-a-kind DMC-12.

Even the ones without Mr. Fusion and a functioning flux capacitor. 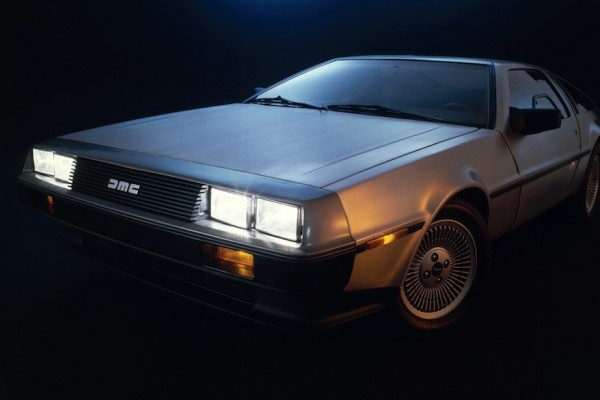 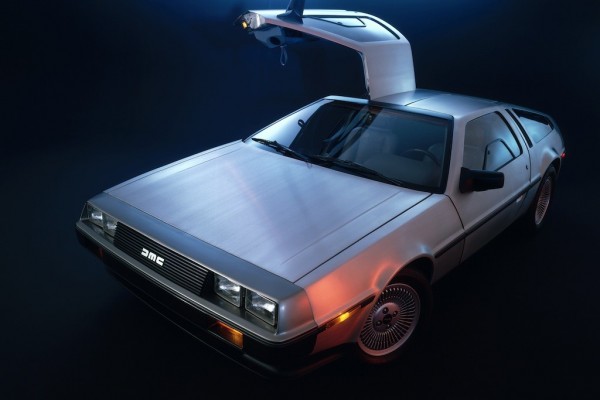 3 responses to “Time Travelling: DeLorean and ‘Back to the Future’ 30 Years Later”