Quick Tech: “AN” vs. “NPT” Fittings and How They Relate 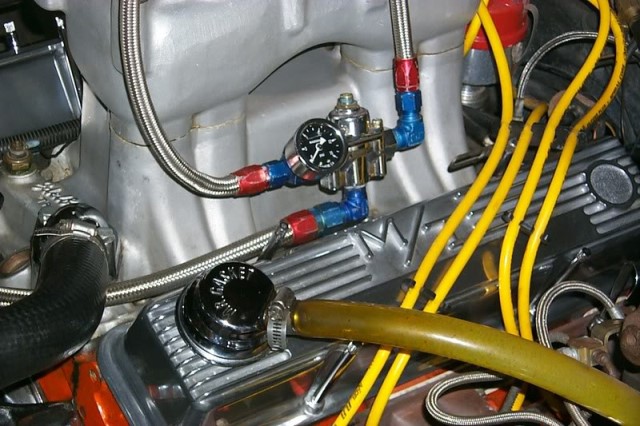 In the automotive plumbing world, there a few different ways to measure thread size on fittings and hoses. The most popular thread measurements are AN and NPT. What’s the difference between the two? How does an AN thread convert to a “plain English” fractional value? How do the two measurements relate to one another?

Those are some of the more common questions we hear, and we’ll attempt to answer them with an assist from the folks at Earl’s Performance.

Aside from thread sizes, the most important difference between AN and NPT threaded fasteners is that NPT uses a tapered thread. That’s a fancy way of saying the bolt is actually slightly smaller at the tip than the base. It’s designed that way to firmly seat the male and female threaded ends together.

With a tapered NPT thread, you must use an additional thread sealant to ensure a leak-free connection. As a general rule, plastic (PVC) fittings should get PTFE tape wrapped on the threads. Metal threads should be treated with a sealant paste (aka pipe dope).

On the other hand, AN fittings are flare-type compression fittings and, as such, don’t require any form of thread sealant.

This ultra-realistic rendering of tapered vs. non-tapered thread we just made in MS Paint might clear things up. It’s important to know what type of thread pitch you’re working with, as over-tightening the wrong fitting can have disastrous results. (Image/OnAllCylinders)

“AN” (Army-Navy) sizing was established many years ago by the U.S. military to set a common standard for designating hose size. This standard of measurement is based on the nominal outside diameter (O.D.) of the rigid metal tube that each size fitting is used with. The nominal outside diameter of the tubing is expressed in sixteenths of an inch increments and then given an equivalent dash number. For example, an -8 AN fitting translates to an 8/16 inches, or 1/2-inch.

Since tubing and hoses have assorted wall thicknesses, depending on manufacturers, the designated size number does not necessarily tell us anything about the inside diameter (I.D.) of the plumbing component. Also, each AN size number has its own standard thread size, which is depicted in the chart below:

National Pipe Threads (NPT) are the next most popular thread size used in competition plumbing, according to Earl’s. Unlike the AN sizes, NPT numbers actually correspond with the inside diameter (I.D.) of the fitting. Review the chart below :

Be sure to check out our recent video on how to properly assemble hose and AN fittings.