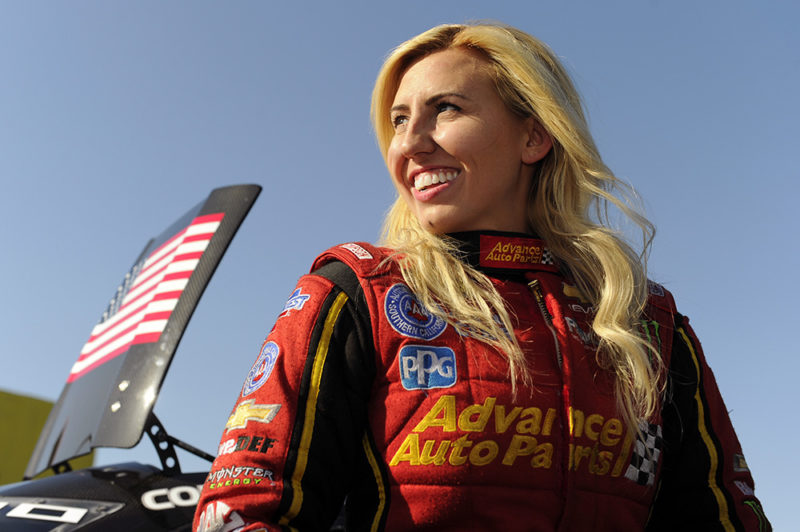 It’s a bittersweet day for NHRA fans as Courtney Force, the winningest female Funny Car driver in the association’s history, announced her retirement from racing. In a prepared statement, the seven-year NHRA veteran called the decision a “personal choice,” adding that she plans to spend more time with her family.

While it may be the end of her career as a driver, Force said she will continue to be involved with the sport through support of teammates and off-track partnerships.

“I intend to remain involved in the industry I love and continue to work with a few select partners as I go forward in 2019,” she said. “I am so thankful that I have had the opportunity to have such a successful career at John Force Racing and the privilege of working with so many incredible people while racing against competitors who pushed me to be a better driver.”

Force, who turned 30 last year, came away with 12 wins in 167 professional races to go along with 28 No. 1 qualifiers. In addition, she was a runner-up 17 times and reached the semifinals on 29 other occasions. She finished her racing career with a career-best elapsed time of 3.815 seconds and a career-best speed of 338.85 mph.

In her statement, Force took the time to thank her sponsors, her team, her husband Graham Rahal, and her father John Force for “encouraging me to live out my dream of being a Funny Car driver.” She also thanked NHRA fans who have followed her successful run.

“Last but not least, to my fans: thank you for all of your support throughout my career,” she said. “I’m excited to see where this next chapter will take me and I hope to see you all at the track soon.”

We’re sure you will.