Meet the latest in a long line of Explorers from Ford. (Image/Ford)

You could make a case that there’s no vehicle more synonymous with the modern SUV than the Ford Explorer.

Introduced in 1990 for the 1991 model year, the Explorer became an instant success thanks to a concoction of rugged exterior styling, off-road performance capabilities, and utility that made it a popular alternative for people with kids who weren’t all about that minivan life. During its 29-year span, the vehicle—which outsold all import SUVs combined through its first two generations, according to Motor Trend—has played a critical role in popularizing the SUV in the United States.

Ford added to the Explorer’s legacy this week with the announcement of the all-new 2020 model—its sixth generation—featuring a complete interior and exterior redesign. Ford describes the Explorer’s silhouette as having “an athletic stance” thanks to its sculpted, angular lines and a new grille. (Still no word on its lateral quickness or vertical jump test results, however.) 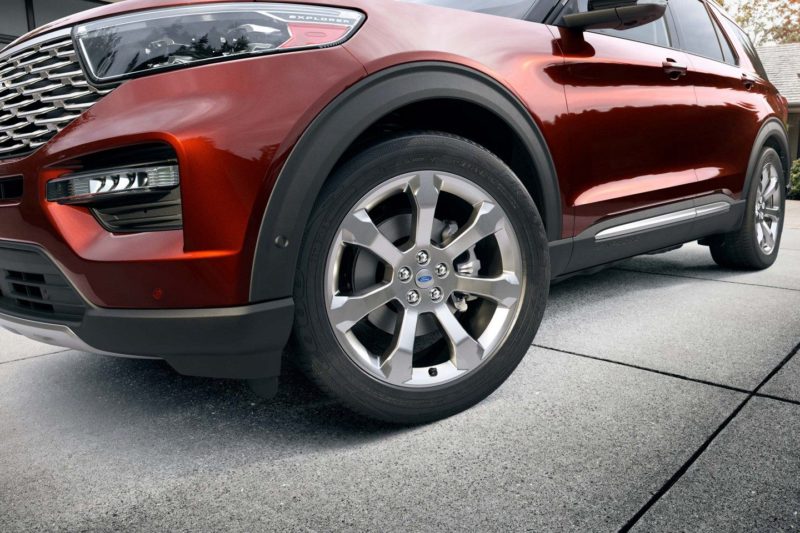 The new Ford Explorer will feature optional 21-inch polished aluminum wheels, along with a host of other upgrade options. (Image/Ford)

Ford has made efforts to improve the vehicle in ways that matter, offering a roomier interior and standard access to Android Auto, Apple CarPlay, four USB ports, and an 8-inch touchscreen integrated with Waze navigation.

The Explorer features a tow capacity of 5,000 pounds thanks to its standard 2.3L turbocharged EcoBoost four-cylinder engine. That number grows to 5,600 pounds if you upgrade to the optional 3.0L twin-turbo V6. Both versions will come equipped with a 10-speed automatic transmission. 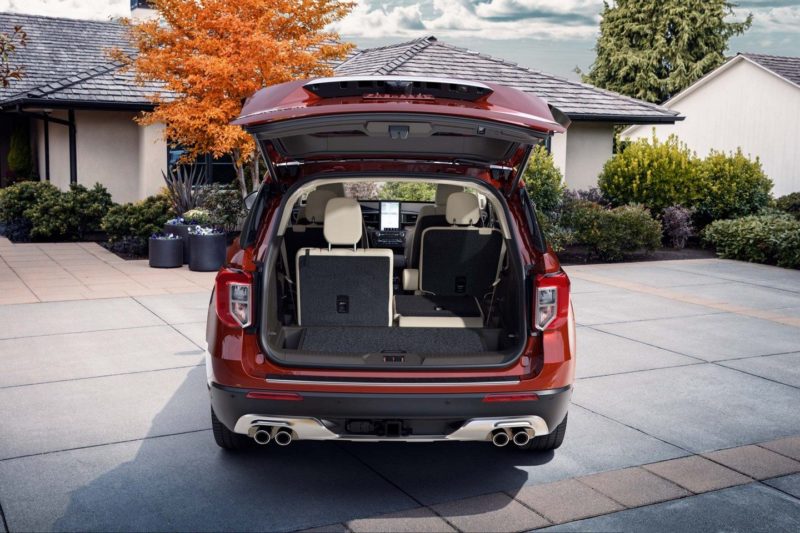 Owners of the latest Ford Explorer will be able to take advantage of 18.2 cubic feet of cargo space located behind the third row. (Image/Ford)

According to a Car & Driver article, the base price of the new 2020 Explorer will increase by $400 to $33,860. For more details on the new vehicle, check out the links below: