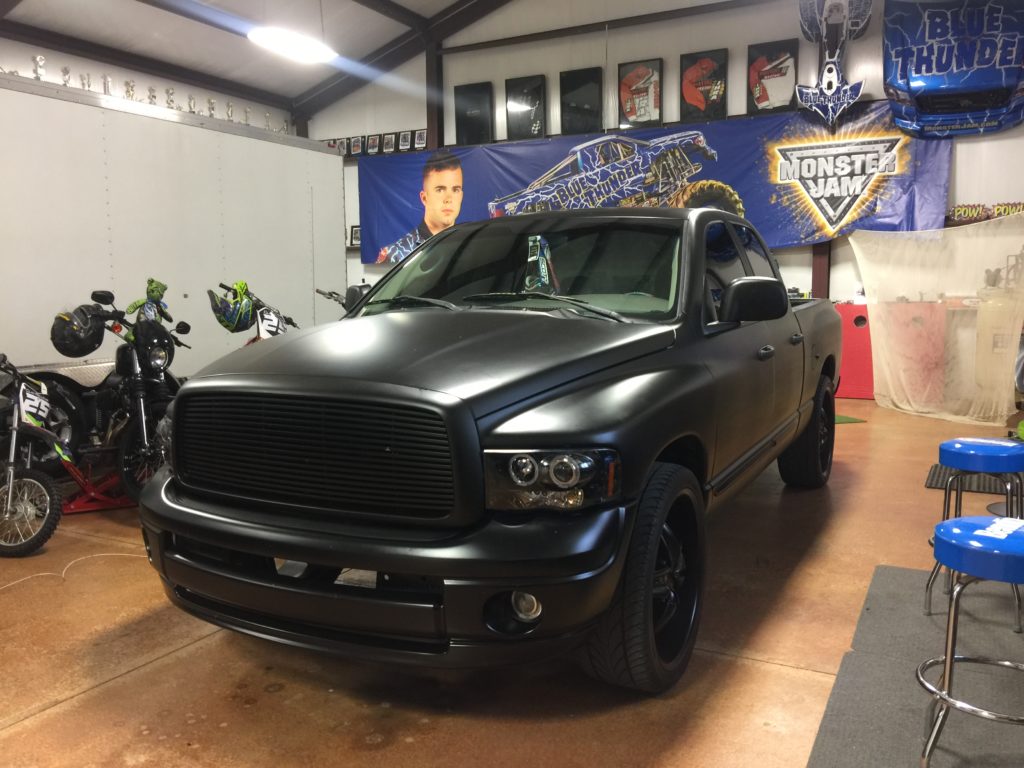 Our vehicles often take on a life of their own, carrying memories of moments lost in time and in-jokes shared by close friends and family. In some cases, they even serve as a reminder of those we’ve lost.

As the focus of of Clay’s latest custom build project, Dently is more than a truck—it’s family.

Clay bought the truck pre-owned to use as his daily driver before eventually giving it to Dalton, who competed in motocross and used the vehicle to cart his gear from track to track. The truck acquired a collection of dents and dings in his travels, earning it the nickname Dently among Dalton and his friends.

Though he eventually had the dents repaired, the name stuck.

“Dalton was probably at the tail end of being 16 years old when I gave him that truck, and it was a very nice truck,” Clay said. “Well, all of us have been 16 years old, and needless to say the truck kind of took a beating…. There’re a million stories about the things that poor truck went through.” 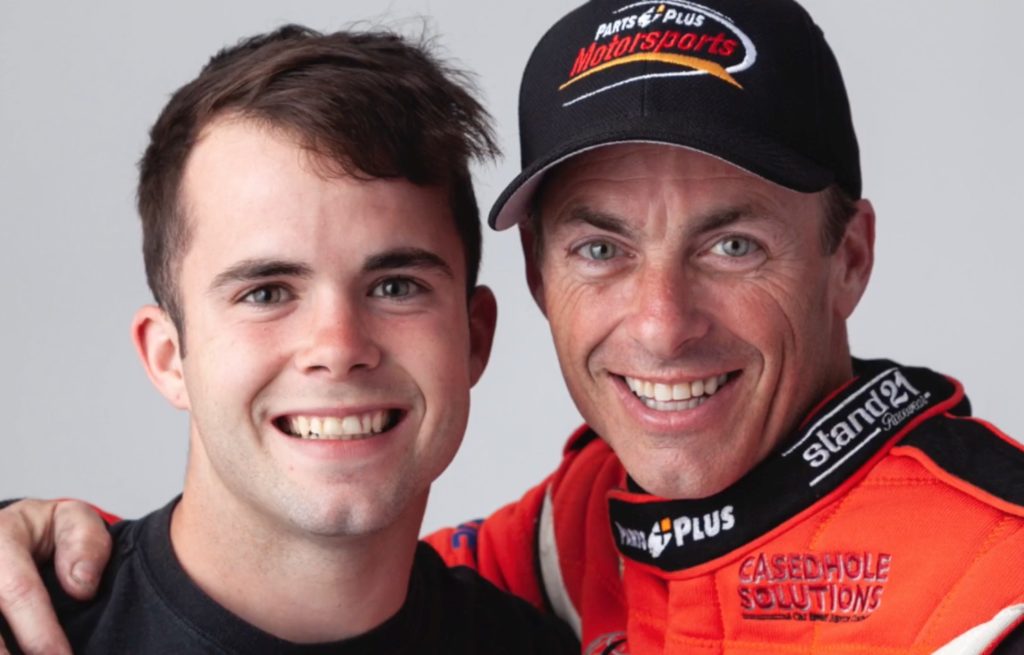 Tragically, Dalton died on Aug. 13, 2015 in a single-rider motorcycle accident.

Afterward, Clay stored the truck in his shop, occasionally getting behind the wheel. For him, it became part of the healing process in coping with the loss.

“For a long time after we first lost Dalton, if I was feeling down or thinking about him I’d go open the garage door, hop in the truck, turn his big booming stereo up, and take a ride,” Millican said. “I’d cruise around for a while and just think about him.”

Though Dently always will have a place at Clay Millican’s home, he felt the truck was due for an upgrade. Our friends at Summit Racing are contributing to a build that, in a short span, has become more involved than even Clay imagined.

“The next thing on the list before we lost Dalton was we were going to hop the thing up,” Clay said. “It had 240,000 miles on it with a tired old 5.7L Hemi. After we lost Dalton, I put the truck in my shop behind the house, and I would get it out and drive it occasionally. I just thought, ‘Man, I got to make this thing more fun to drive.’”

Clay initially set out to give the truck a simple engine upgrade, but like many customization projects it became more complex.

A friend of Clay’s who works at COMP Cams helped him find a 426 Hemi 6.1L crate engine with a stroker kit. COMP Cams caught wind of the project and reached out to offer additional support. 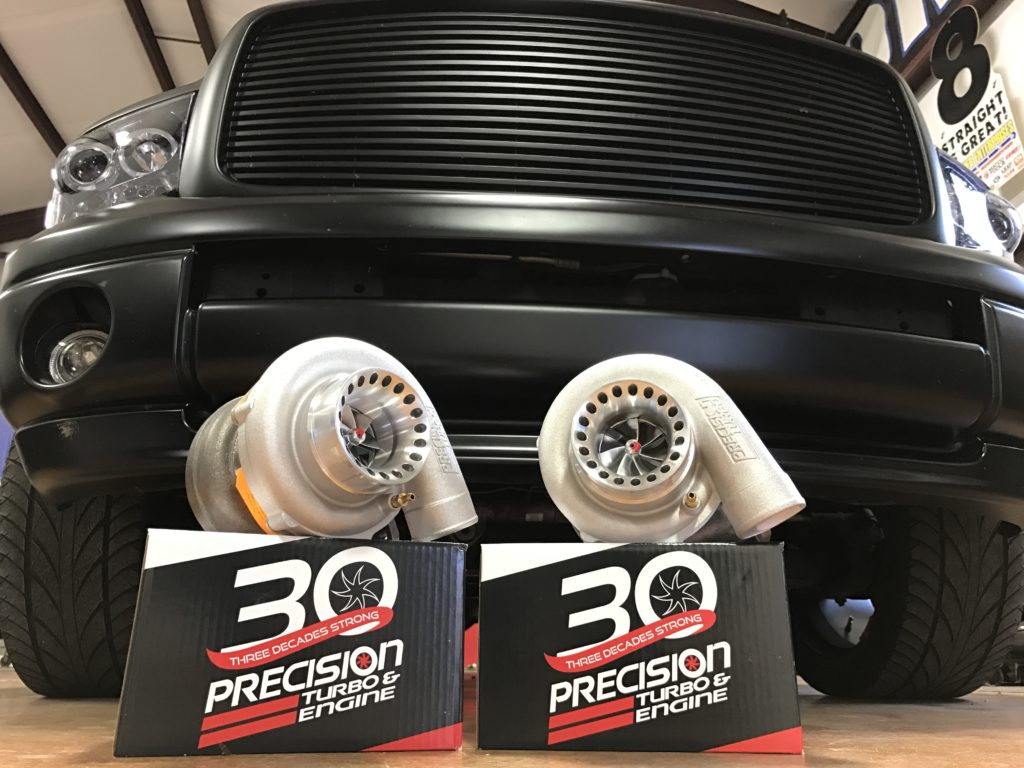 “COMP Cams has been a long-time supporter of mine through my racing career, and they really hopped in with both feet,” Clay said. “This simple project of putting a better motor in the thing suddenly became more.”

Word spread quickly and others offered to get involved, including renowned hotrod builder Jeff Lutz.

“Jeff was like, ‘You need to put turbos on this thing,’ and I’m like, ‘I don’t know anything about turbos. I’m gonna put a FAST fuel injection system in it, COMP Cams, and that’ll be it,’” Clay said. “Jeff was like, ‘I’m doing this. I don’t care if I’ve got to come to your house, because it’s such a cool project. We’re going to make this truck better than what Dalton would’ve ever thought to do with it.”

As it stands today, the truck is equipped with a Quarter-Max 4-Link system, 9-inch Ford rear ends from Moser Engineering, twin 62mm turbos from Precision Turbo & Engine, a TCI TH400 transmission, Mickey Thompson tires, and “every COMP Cam thing you can think of,” Clay said.

The next item on the list is a full roll cage, which Lutz is installing. 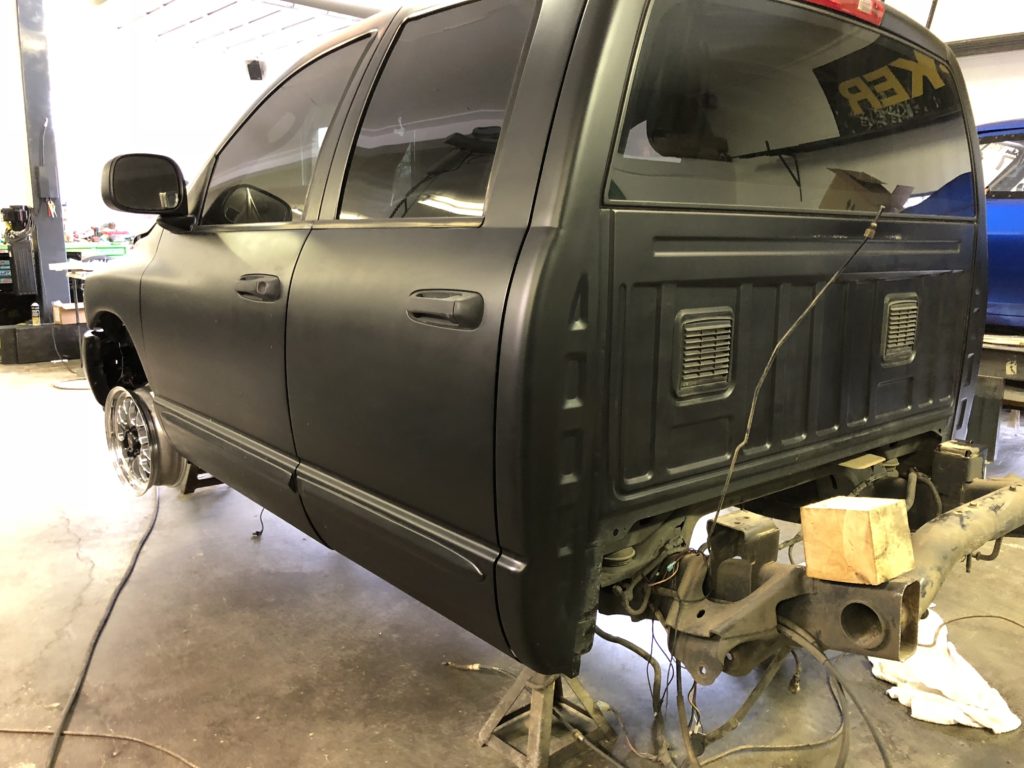 When finished, the vehicle will put out more than 1,000 hp at the rear wheels.

“Lutz keeps saying it’s not a street truck anymore,” Clay said. “It’s a race truck with air conditioning in it.”

One of Dalton’s best friends, Logan Tate, still visits the Millicans—sometimes just to sit in Dalton’s old truck. But for Logan, it’s not about the truck itself so much as the lingering scent of motocross gear and Dalton’s cologne.

“I showed Logan a picture of the truck and he said, ‘Man, I hope it smells the same when it gets back,’” Clay said. “And I know that sounds weird, but it’s true. Logan spent a lot of time riding in that truck with Dalton and helping him with motocross training.”

Whether or not the completed truck smells the same, Clay finds comfort in another modification being made to the vehicle.

Following his motocross career, Dalton became the driver of FELD Entertainment’s Blue Thunder monster truck. The company sent Clay the custom ISP aluminum seat from the truck that was built for Dalton, which he will pair with a matching seat for the other side.

A Ways to Go

There’s no set completion deadline for the vehicle, but Clay intends to run the truck during part of HOT ROD Drag Week 2019. It will mark his first time participating in the event, which he hopes will become a yearly trip for he and Dently.

Clay estimates that “Project Dently” is more than 50 percent complete, though he acknowledges that, as a competitor, “complete” is a relative term.

“Let’s say this truck runs 10s in the quarter mile,” he said. “I’m a racer, so if that’s what it runs, initially I’ll be happy, but the next thing I’m going to want to do is get into the 9s. It could certainly turn into a never-ending process.”

We sure hope it does.