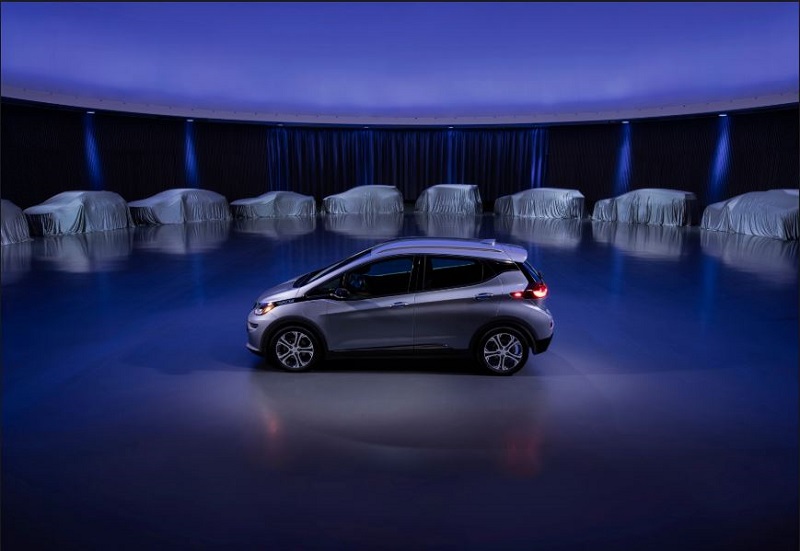 General Motors, North America’s largest automaker and the company with the biggest fingerprint on the performance aftermarket and hot-rodding communities, is doubling down—literally—on what GM officials believe will be an “all-electric future” for the auto industry.

GM took significant steps toward that future this week, announcing it was idling production at three North American auto factories, two transmission factories, and ultimately cutting about 14,000 jobs. The automaker also will shutter two additional non-North American plants by the end of 2019, according to GM’s news release announcing the move.

While GM is saying electric and autonomous self-driving vehicles are the future, the company will bolster its investment in the near term on its truck and SUV fleet (similar to an announcement from Ford Motor Co. officials earlier this year that the company would stop selling sedans in North America but planned to launch five high-performance SUVs with hybrid powertrains and another fully electric SUV by 2020).

GM plans to launch “at least 20 all-electric vehicles by 2023,” according to an Axios report.

As this transition occurs, GM will stop producing six of its current vehicles in 2019. According to CNN, those vehicles are the:

“The actions we are taking today continue our transformation to be highly agile, resilient, and profitable, while giving us the flexibility to invest in the future,” said GM Chairman and CEO Mary Barra in the company’s news release. “We recognize the need to stay in front of changing market conditions and customer preferences to position our company for long-term success.”

Industry analysts interpreted Barra’s comments as meaning GM must leverage the current profitability of the North American truck and SUV market during this period of relatively low gasoline prices to pay for the research and development, and infrastructure, that will be necessary to transition to its next-generation battery-electric vehicle architectures.

All of the top-selling sedans in America are Japanese (the Toyota Camry, Honda Civic, Honda Accord, Toyota Corolla, Nissan Altima, and Nissan Sentra), the Axios story observed. GM and Ford’s inability to compete in that segment is why American automakers are concentrating on profitable trucks, SUVs, and crossovers, which benefit from higher profit margins and growing demand.

While motorsports fans, performance enthusiasts, and long-time automotive hobbyists will have their own opinions about a shift from internal combustion-powered vehicles they are piloting to self-driving cars running on batteries, the concept of an “all-electric future” is rooted in a vision of the future where vehicle crashes, harmful emissions, and traffic congestion are things of the past.

According to Barron’s, fatal road crashes have increased 13 percent over the past three years, with distracted driving (read: texting) being the primary reason. From 2000 to 2015, driving fatalities had dropped 25 percent.

“Distracted driving is one of the problems that new driving technology is trying to solve,” the Barron’s story said.

The signs are clear that automakers are banking on a future of fully electric cars and trucks, but how long until that future gets here?

“The timeline is the big question,” said Edmunds.com analyst Jeremy Acevedo. “Across the market there’s buy-in that electrification is the future … but we’re kind of waiting to see it.”

The fact that Americans are buying record numbers of trucks and SUVs “puts a pause on that vision,” Acevedo said in a Greentech Media report.

Industrial paradigm shifts create enormous business opportunities for new and current companies in the market, but inevitably cause hardships for those unable or unwilling to participate in the new industrial landscape, said Mark Muro, a Brookings Institution expert in industrial transitions, in his conversation with Axios.

“There will be excruciating pain in some places left behind,” he said.