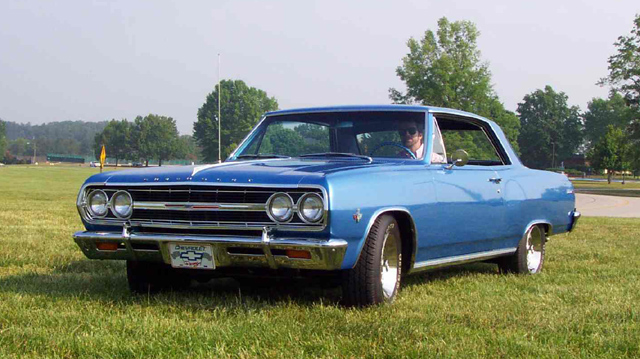 Car enthusiasts will tell you there’s nothing quite like a Chevelle to make your knees go weak and your heart beat faster—except, maybe, its striking “business in the front, party in the back” cousin, the El Camino.

Chevrolet’s classic A-bodies have legendary horsepower stowed away under their iconic hoods, making these cars the epitome of muscle car dreams and the focus of a few cult-like followings.

That’s why it’s no surprise that Peach State Chevelles (PSC) is one of the oldest and largest car clubs in Georgia with more than 100 active members. The initial 11 founding members grew the organization from a shared love of Chevelles and El Caminos.

“So naturally, the focus was on that type of vehicle being near and dear to their heart,” said PSC President Brian Scurlock.

The car club will host the first Peach State All GM Show this weekend at the Summit Racing retail store in McDonough, GA. The show is open to all 1955-72 GM-powered or A-body vehicles. Proceeds from the event will benefit Soldiers Angels, St. Jude’s Children Research Hospital, and Shriners Hospital for Children.

Founded in 1984, Peach State Chevelles is dedicated to the preservation of all stock, modified, and custom 1964-72 Chevelles and El Caminos.

“Anyone with a sincere interest in the preservation or restoration of 1964-72 Chevelles or El Caminos is encouraged to join,” Scurlock said.

Scurlock’s own garage houses a bit of everything—a 1967 El Camino he shares with his wife; his 18-year-old daughter’s 1967 Ford Mustang; and a project 1959 Pontiac Catalina Safari wagon that, when restored, will be his wife’s daily driver.

“Being able to pass on to future generations the love of old cars and how to work on them” is one of the most important aspects of the family based club, Scurlock said.

“Aside from keeping these great vehicles on the road and not in a crusher, the fellowship with members of the PSC club, meeting all the people at the various events, seeing the smiles and thumbs up from anyone and everyone” is by far the best part of his membership, Scurlock said.

For more information or to join the group, visit the Peach State Chevelles website.