Project Warrior 2.0 (Part 2): Putting Together the Build Plan for an Arctic-Bound ’78 Bronco

EDITOR’S NOTE: Courtney Barber loves driving, wrenching on vehicles, and road trips—big, BIG road trips! You may know Courtney from her “Project Road Warrior” 1965 Mustang, which she drove to Alaska and back. You can catch up on that project here. Now, Courtney is beginning a new adventure with Project Road Warrior 2.0, a 1978 Ford Bronco build with the purpose of going to the Arctic and back. Here is part 2 of the series: 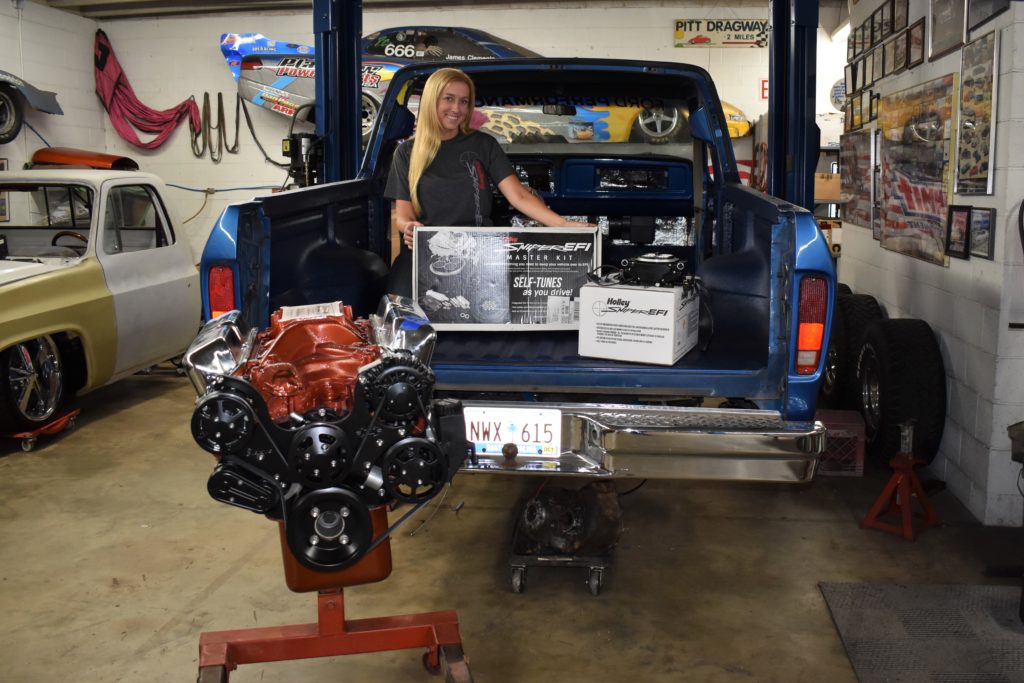 The first call I made was to Classic Speed and Custom in Charlotte, NC. They helped me restore the Mustang, and I knew I needed them again for Project Road Warrior 2.0.

It started out as a simple plan to refresh the motor, suspension, and brakes.

Then I did the math and figured out I was getting 8 miles-per-gallon, and I added a transfer case swap.

I ended up with one of the rare full-time 4-wheel drive Broncos with a NP 203 transfer case, and that had to go! But if I was going to do all that work to switch to a NP 205 shouldn’t I hook it to the transmission I want too? Something like an AOD?

And if I’m going to do all that, why not get rid of the boat anchor 400 and go back to the “old faithful” of motors—the Ford 351 Windsor?

There went my simple plan of “revive and refresh” and in came the engine hoist and a major overhaul!

With the restoration of my Mustang I learned a lesson: just because it sounds cool doesn’t mean it’s necessary. I may have just lost half of you with that statement, but there’s a reason behind the blasphemy I speak. 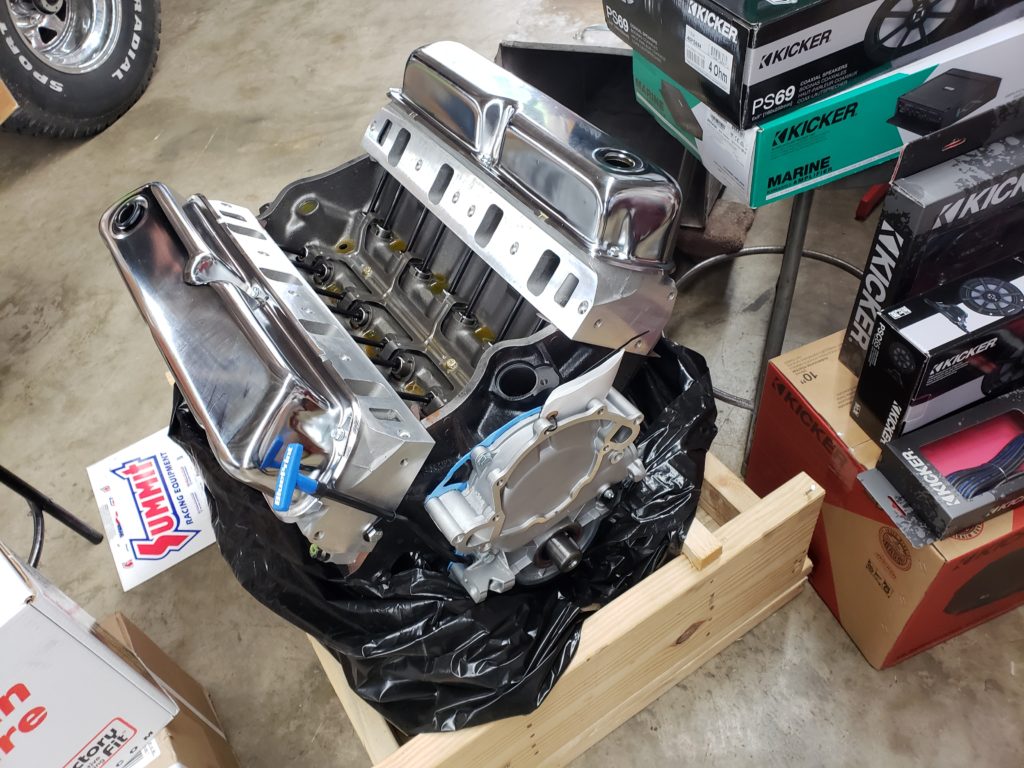 I have a Ford Performance 347 Circle Track engine in the original Project Road Warrior Mustang. It’s great, but is it the best possible motor choice for someone who has put over half a million miles on the car and has no plans of stopping? Not so much.

I don’t think we saw anything over 89 octane for days in Alaska, and the Mustang was thirsty for it by the time I came across 93.

Don’t get me wrong—it was amazing to beat Rob Kinnan, the editor of Mustang Monthly in a brand new Mustang at Milan Dragway, but the gas bills do add up when traveling across the country multiple times a year. And considering I plan to do the same with the Bronco, I need to give my non-aerodynamic beast of a truck all the help I can get!

That’s why I went with a 351 Windsor-based BluePrint Engine Ford 408 Stroker crate motor, which was supplied by Summit Racing.

The BluePrint 408 stroker is known for its torque. And its 425 horsepower would be more than enough power for my application while getting double-digit gas mileage. That’s especially true when paired with Holley’s Sniper EFI and Gearstar’s Level III, Ford AOD transmission.

Anyone who knows me may be shocked at what they just read. 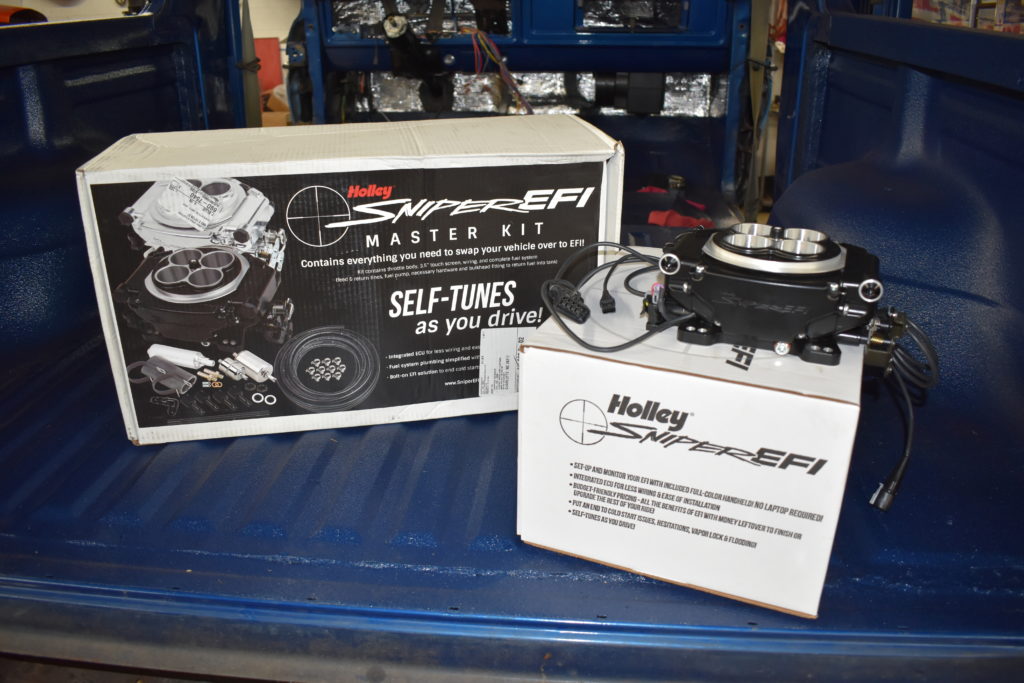 I am a die-hard carburetor fan. I like to keep the simple things simple, but the love of the gas mileage prevailed, and Holley has made it as simple as possible to hook up the new Sniper system (with just four wires).

I did stick to my guns on my transmission choice, though, and Gearstar, who custom builds each transmission and converter to spec., was willing to make a non-electronic Ford AOD that would complete my new Road Warrior drivetrain. After a long battle with TPS controllers I vowed never to go back! 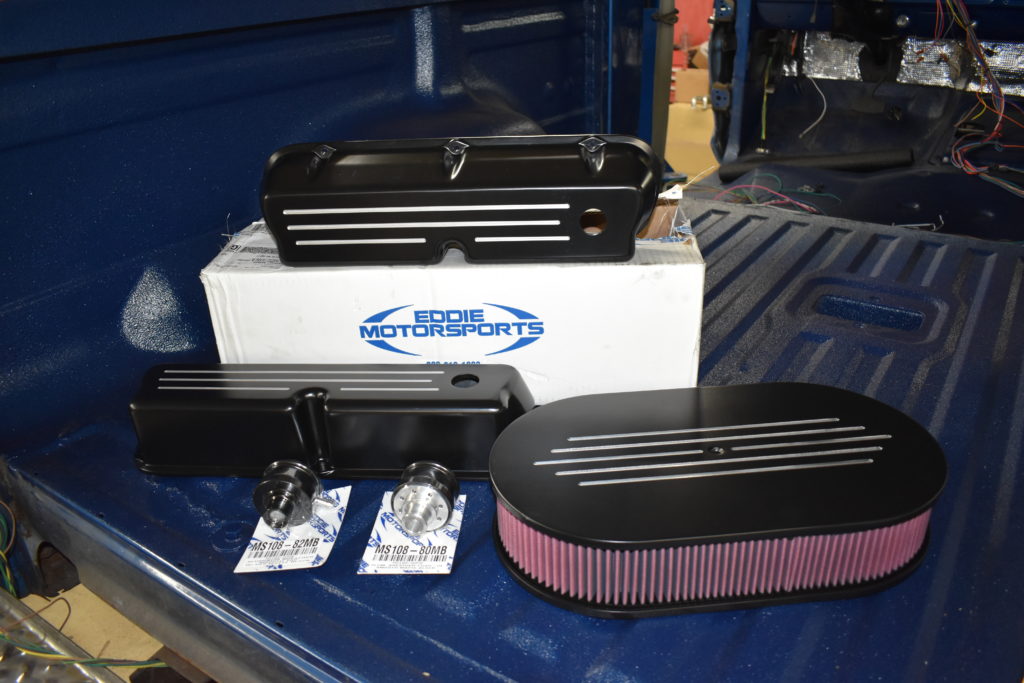 Another lesson I learned from the Mustang? Chrome is a pain in the butt to keep clean!

That’s why I chose Eddie Motorsports S-Drive Serpentine System and matching billet aluminum milled air cleaner and valve covers in black. The S-Drive system comes with a compressor, so the next call was to Old Air Products for their Hurricane A/C, heating, and defrost system topped off with a Griffin radiator and dual electric fans to keep us cool.

I also added a custom Kicker audio system complete with their KMC10 Media Center to keep us entertained while on the road. Yellow Autocross Gauges from Classic Instruments will let us know when it’s time to stop to top off all our Torco fluids. And to power all the fun…a new wiring harness from American Autowire and 2 Optima Batteries!

I chose James Duff’s T-Rex radius arms, combined with a new AGR Performance steering box and ididit steering column, to keep us between the ditches. A James Duff T-Bird Front Caliper swap and SSBC’s rear drum to disc kit will keep us from ending up like Thelma and Louise!

And because it can’t all be about function, we added Elite Lumbar seats from Procar by Scat, and US Mag Wheels and 33 inch Grabber AT X tires from General Tire. 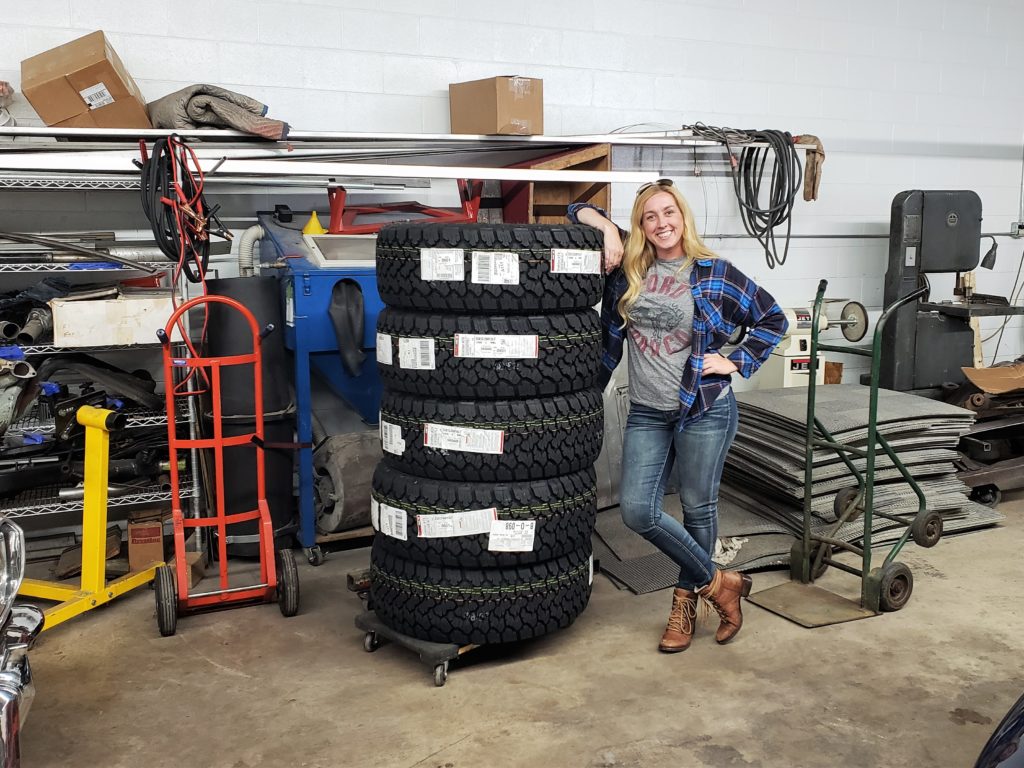 Come back next week to see how the installation of 1 million parts go and follow all the fun on:

2 responses to “Project Warrior 2.0 (Part 2): Putting Together the Build Plan for an Arctic-Bound ’78 Bronco”