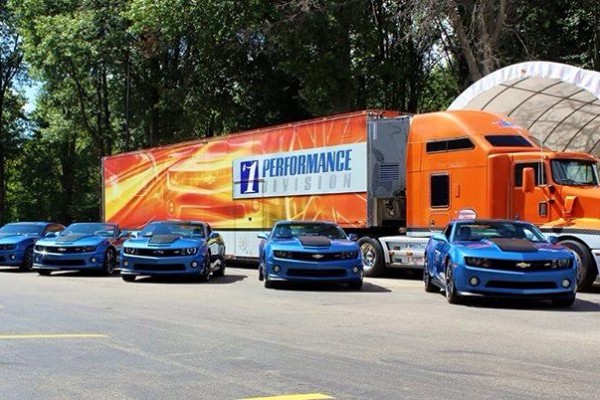 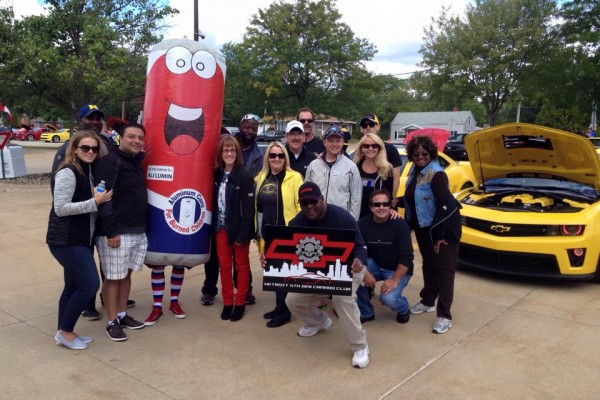 #1 Performance Center will once again be at NEOCC’s Fall Classic displaying signature Camaros.

Camaro clubs far and wide will be joining the NEOCC to celebrate the Camaro’s 50th anniversary and raise money for Aluminum Cans for Burned Children.

This row of fifth-generation Camaros visited Summit Racing last year. Around 200 Camaros spanning all generations are expected for the 2016 show.

When Chevy’s entry into the ponycar sweepstakes roared into dealerships on September 12, 1966, no one could have predicted how passionate people would become about the Camaro nameplate.

After 50 years and six generations, the Camaro mystique burns hotter than ever. Just ask Camaro owners about each thumbs-up they get when idling at a stoplight in an original 1967, or what it feels like to go full throttle in a late model SS.

The Camaro continues to grab hold of enthusiasts worldwide, including members of the NorthEastern Ohio Camaro Club (NEOCC). Since 1994, the group has reveled in the thrill of getting behind the wheel of one of the baddest rides on the planet. What continues to fuel such devotion?

“Making our dreams a reality, one generation at a time,” answers NEOCC President Morgan Iorio. “You will definitely develop ‘perma-grin’ while driving a Camaro.”

The Camaro will take its golden anniversary victory lap at the 23rd Annual NEOCC Fall Classic, September 10-11 at Summit Racing in Tallmadge, Ohio. Open to all generations of stock, street, and modified Camaros, the show features awards in judged and non-judged classes, door prizes, music, and food. The show runs from 8 am to 4 pm, and spectator admission is free.

The club will hold a 50/50 raffle and Chinese auction with proceeds benefiting Aluminum Cans for Burned Children (ACBC) through Akron Children’s Hospital. ACBC funds educational and support programs for burn survivors, and helps pay for non-medical items and services not covered by insurance. In 2015, the event raised $3,500 for ACBC.

Other show highlights include:

Interest in Camaros and the Fall Classic continues to grow each year, according to Iorio. An average of 200 Camaros cruise into Summit Racing’s parking lot for the event annually. Joining the NEOCC this year will be Camaro clubs from Ohio, Michigan, Pennsylvania, Maryland, Illinois, New Jersey, New York, Canada, and other locations.

The nearly 300 men and women who belong to the NEOCC own 400 Camaros spanning all generations, years, and models. Miles beyond the cars themselves, Iorio says that what he values most about his longtime association with the Camaro are the lasting friendships he has made with members of the club.

“It’s the brothers and sisters of the Bow Tie family, specific to the Camaro, that have truly made an impact in my life,” he explains.

In addition to hosting and participating in events such as local parades and an annual Camaro vs. Mustang showdown, the NEOCC gets together for non-car-related outings during the winter and holds meetings the fourth Tuesday of the month at the Venue Banquet Center in Tallmadge. All Camaro enthusiasts are welcome to join.