Ryan, U.S. Representative for the 13th District of Ohio, is a co-sponsor of H.R. 4715, also known as the Recognizing the Protection of Motorsports Act of 2016 (RPM Act). The bipartisan bill was drafted to ensure that turning street vehicles into race cars driven exclusively in competition does not violate the EPA’s Clean Air Act.

“I don’t make any promises, I don’t have a magic wand, but I’ll work my rear-end off on this,” Ryan assured a group of Summit Racing’s managers before addressing employees. “We know what Summit does for this community…You’re relied upon. You’re the biggest company in this market supplying these kinds of parts, and you’re a big part of this community. We know you have families and kids and bills and college and you try to do what’s right.

“I came here to learn more about this. When I go back to Washington tomorrow we can begin to start pushing this…I’m completely committed to this.”

Ryan reiterated his stance in a speech to Summit Racing’s employees.

“Your representative thinks that is completely and totally unacceptable to think you’re going to put this whole industry out of work because of a regulation that came down that may or may not mean what it was [intended] to mean,” Ryan said to a crowd of hundreds of employees in Summit Racing’s receiving dock. “I’m going to go back to Washington and say I met with you and we’re going to try and get this figured out. I will bust my rear end to make sure we get this [regulation] fixed for you.

“Now, I don’t make promises. I know a lot of politicians do, I try not to because you never know. But I will promise you this, I will bust my rear end to make sure that we get this thing fixed for you.”

The RPM Act is Congress’s answer to a new EPA regulation that, if approved, would prevent racers from converting a street car into a race car. In February, the Specialty Equipment Market Association (SEMA) alerted industry enthusiasts of language the EPA had added to the Clean Air Act that would make the sale of certain products illegal if used for race purposes on street vehicles.

“This proposed regulation represents overreaching by the agency, runs contrary to the law, and defies decades of racing activity where the EPA has acknowledged and allowed conversion of vehicles,” said SEMA President and CEO Chris Kersting. “Congress did not intend the original Clean Air Act to extend to vehicles modified for racing and has re-enforced that intent on more than one occasion.”

Word of the language spread quickly, and a White House Petition surpassed its 100,000-signature threshold just days after it was created.

In March, members of Congress drafted the RPM Act to ensure that turning street vehicles into cars driven exclusively in competition does not violate the Clean Air Act. Ryan co-sponsored the legislation.

“My staff is already working on this and we co-sponsored a piece of legislation,” Ryan said. “We’re all for clean air, we’re all for clean water…but sometimes when something happens in Washington and a rule comes down and hits the ground, it has some effects that don’t make a whole lot of sense. When you have that happen, it’s important for businesses like yours to contact someone like me…to go back and say, ‘Hey, this isn’t working.'”

“As I have learned, it’s all about the grassroots racer…if they can’t race, we have lots of people in Northeast Ohio and people in other parts of the country that are going to be without work.”

Ryan closed his speech by asking those in the audience to spread the word on social media.

“Social media is very important,” he said. “A lot of you have Facebook, Twitter accounts, Instagram, all that stuff. Part of what we’ve got to do…is to try to create an online buzz…really kind of get some momentum going behind this because I think once most people hear about it, they’ll say that doesn’t make any sense. You know, global warming is not going to be solved by grassroots racers.” 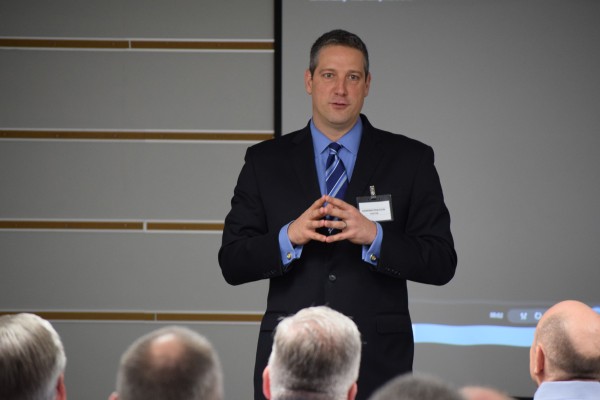 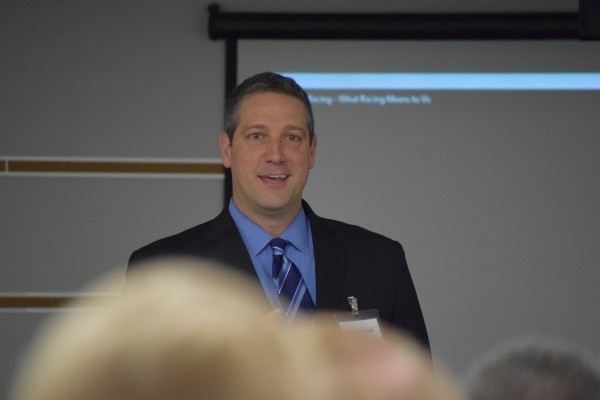