Editor’s Note: Dr. John O’Connor, PhD is an expert in sports psychology with thirty-four years of experience. He has worked with a pro race teams in Australia and the United States, both of which won championships with his help.

Dr. John is also a racer himself. Like most of us, he’s on a pretty tight budget and had to get creative when it came time to put together his latest car, a 1995 Mustang GTS that will compete in NHRA Super Street. We thought you would like to see how the good doctor put a team and car together with a combination of new and used parts as well as a little help from his friends. 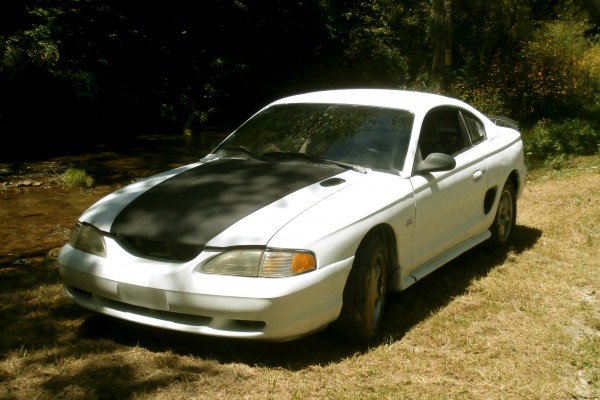 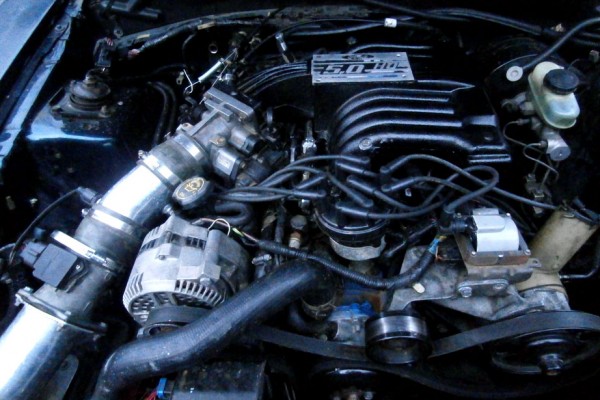 Here is the basis for Red Dragon Racing’s Super Street racer, a 1995 Mustang GTS. The GTS is a stripper version of the SN-95 5.0L, much like the 1985-93 Mustang LX 5.0s. That means no power locks or windows, cloth seats, or other frippery. That makes a GTS lighter than a standard-issue GT—and as we all know from our Drag Race 101 class, lighter car means quicker car.

The GTS came with 5.0L V8 and an AOD four-speed automatic transmission. The engine was rated at 215 horsepower and 285 lbs.-ft. of torque from the factory. It will be yanked for a 351 Windsor built to mimic the 1995 Mustang Cobra R 5.8L.

The Mustang’s interior is nothing to write home about. Plans are to strip it and install an eight-point roll cage. Dr. John apparently got excited and already installed a new Grant steering wheel.

When I first considered this article, memories of my father were in the front of my mind. We had a Corvette parts business and put together some Vettes for racing. The last car we built together was a 1979 Corvette, with a custom 1981 body and a 1971 LT1 small block, which I raced at the Epping Dragway in New Hampshire. Those memories are some of the best I have.

I’ve had dragsters since I was a teenager, and I wanted to create some racing memories with my kids and wife. This got me wondering; can a working guy like myself with a dream and a willingness to work hard have a shot at putting together a race team and living out his dream as a professional drag racer?

This is our journey in building a race car on a working man’s budget. We’ll show you the car build and share what worked and what didn’t work in regards to budget, sponsorship, and building a team.

Our race team is converting a 1995 Mustang GTS into an 10.90 second Super Street race car for NHRA and IHRA competition. Here are our reasons for going with the Mustang:

Multiple shops told us the 5.0L engine would not cut it as a race engine without basing it on a Boss 302 block. We then decided to go with a 351W engine and a Cobra R setup.

If you’re like me, you probably have parts you’ve acquired from different cars you’ve owned. After we acquired the car, it was time to take stock of what parts we had to sell or trade to help fund the build.

We just recently moved to Virginia from New York. There was always a healthy demand for used car parts in New York and I never had much of an issue with selling, trading, or buying what I needed. Here in the Appalachian Mountains of Virginia, we’ve had a lot of trouble selling the parts we have, even for cheap. It never occurred to me that geographic location could impact one’s ability to sell auto parts, but it can.

After months of hitting Craigslist and having trouble selling our parts, we decided to get a table at the Ford Fun Weekend show at Bristol Dragway, which is only an hour away from us and our home race track. Swap meets are a great option if you have a lot of parts to unload at once, and you are certain to hit the people who are most likely to buy them. It will cost us about $150 for a weekend for tickets, food, and gas, but we hope to sell enough parts to jumpstart the Mustang build fund.

While auto parts trading isn’t as healthy in our area as we would like, we did manage to acquire a B&M Hammer shifter and a fuel cell for the car.

While it’s tough finding parts in the salvage yards for 1960s muscle cars, parts for later model Mustangs are very plentiful. A lot of Ford trucks built in the 1980s and 1990s came with a 351W, so we should be able to find a core for the Cobra R engine build. We’re also on the hunt for a spare AODE transmission, a 90mm Mass Airflow sensor from a 1995 Ford Lightning truck, and non-power window doors.

Even the best parts seller, trader, and/or scrounger is going to end up buying new parts. Some things — internal engine components, plumbing, suspension, rear axle gearing, brakes, safety gear — you want to buy new as they are critical to performance and your safety.

Here are some of the parts on our wish list:

If you have a family, you know that funds for building a race car are very limited. Self-funding through selling or trading parts, rehabbing junkyard parts, or even getting a second job goes only so far, especially if you are racing in the faster classes. That’s when you need to look to sponsorship. \

We’ll discuss our experience with sponsorship in the next installment.