In this installment of Saving Silverado, we have a super easy upgrade that most anyone can perform without the need for any special tools. We’re upgrading the stock power side mirrors to those with built-in turn signals.

As we eventually realized, the passenger mirror on this Silverado suffered from a broken motor assembly and would basically just flop around in the housing. We could set it but every time we closed the door it would move.

That said, we decided to pick up some new mirrors, but these would be the upgraded models that have the integrated turn signals in them. The mirrors (part numbers KSC-62133G and KSC-62134G) are OE replacements from Summit Racing Equipment. They are made by K-Source, retail for under 100 bucks apiece, and rather than having a solid ABS exterior surface, they feature a smooth front panel that can be color matched to your vehicle for a little extra detail.

Installing the mirrors couldn’t be any easier really. 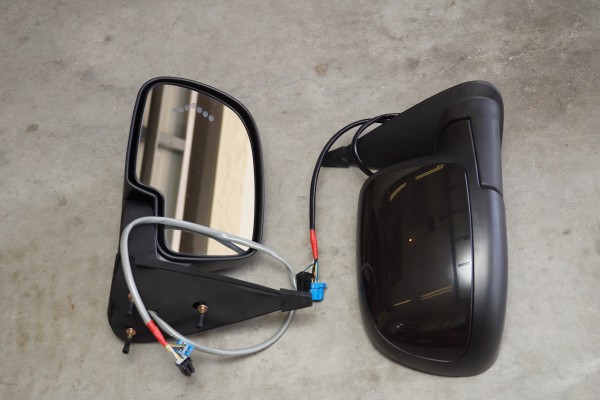 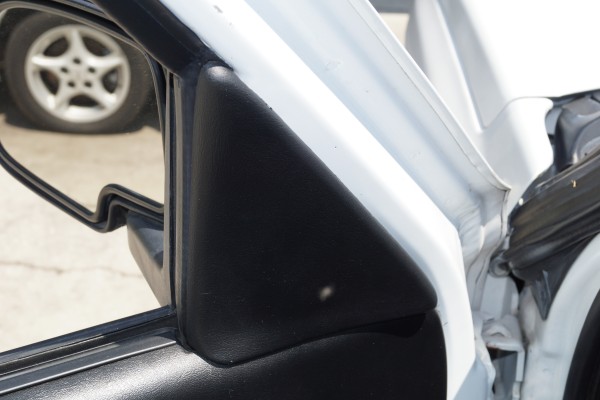 These OE replacement mirrors are available through summitracing.com and are made by K Source. They come fully assembled with factory–style harnesses and new hardware to secure them to the door.

The first step in mirror swap is to pry these little plastic trim panels off the door. There are just a few metal clips on the other side, but be a bit gentle, as the plastic may have become brittle over time and you could stress the plastic or even break it.

Removing the trim panel reveals the fasteners that hold the mirror onto the door. Before you go taking those off, though, you’ll need to remove the door panel so you can disconnect the wiring harness.

With the door panel free, rotate it around so you can see where the wiring harness is plugged into. If you have an assistant or a way to hang the panel, then you can leave the other harness plugs connected, which will save a bit of time.

Take a picture if you’re the forgetful kind, and then unplug the two plugs for the mirror harness. Upon closer inspection, we found that the ports on the control box are marked to denote where each plug goes. We’re not sure this is the case for all models, so you might want to check that on your particular vehicle. Now is the time to unbolt and remove the original mirror.

The new mirrors come with new mirror-to-door gaskets. Remove the included nuts, insert the harness through the appropriate hole, and then mount the mirror to the door and fasten it with the aforementioned nuts making sure it is sitting correctly from the outside.

On the interior side of the door, route the new wiring harness to make sure it won’t get pinched. We found that someone had messed about and some things were out of place—now is the perfect time to fix those issues. Next, plug in the new harness and reinstall the door panel.

That’s the entire job. Pretty easy, right? You’ll definitely want to start the vehicle and check the turn signal operation before driving off, of course. For the next several months (that’s about how long it took us to get used to it), enjoy your new mirror-integrated turn signals and power mirrors.