Buyer’s Guide: Snow Tires (and Why they Matter)

Snow tires (or winter tires) are made from special rubber compounds which keep the tires softer and more pliable than traditional or all-season tires in cold winter temperatures.

Deep-grooved tread block designs in winter tires assist in self cleaning for maximum traction in the worst road conditions.

Rear snow tires are important even on front-wheel drive vehicles to accommodate braking and handling on snow- and ice-covered roads.

Do I really need winter tires?

A lot of radial tires feature all-season tread patterns which perform admirably in most weather and road conditions. Seasoned winter drivers are accustomed to slowing down on snow- and ice-covered roads and the temptation is great to write off snow tires as an unnecessary expense.

“In the late 1970s and early 1980s, tire manufacturers began pushing the newly developed all-season radial as an alternative to switching between summer and winter tires,” said Mark Howard, a Summit Racing technical supervisor who has been selling and servicing tires for 30 years. “The all-season design tires had a more aggressive tread design with more siping of the tread. Basically, the large tread blocks had smaller cuts (or sipes) placed in them, which provided more biting edges and increased traction in wet and snowy conditions.”

Howard is quick to praise the effectiveness of all-season tires for use in rain and light snow. But for those parts of the country that experience heavy ice and snow during the winter, he’s a true believer in the value of good snow tires.

“While these (all-season) designs have been changed and modified in every way imaginable over the years and truly work well for those who drive in rain and occasionally light snow, an all-season design tire has not been produced that will replace the need for a true winter or snow tire in the areas of the world where we are forced to drive in snow and icy conditions,” Howard said.

Typical rubber hardens and becomes less pliable in freezing temperatures, but tire makers construct winter tires with specialty rubber compounds different from the ones used in most tires.

“That helps keep the tire soft and pliable in cold temperatures, enabling better grip and traction on cold pavement and ice,” Howard said. “They also have a different tread block design with deeper grooves that allows the tread to self-clean and afford better traction in snow and mud. These same features make the winter/snow tire a poor choice for summer driving, as they will wear faster and have decreased handling characteristics on warm, dry pavement.”

“The older style of aggressive snow tires were fine for placement on the rear of standard rear-wheel drive cars and trucks,” Howard said. “Nowadays, the majority of cars on the road are front-wheel drive. Using a tire with an aggressive tread on the front does not lend to a pleasurable driving experience.”

Changes in snow tire designs now allow for comfortable rides when winter tires are installed on the front and rear. He encouraged installation of front and rear snow tires.

“Placement on the front is for obvious reasons: Take-off traction and steering control,” Howard said. “Placement of snow tires on the rear of a front-wheel drive car may not be for as obvious a reason, but it’s just as necessary. While the rear tires do not turn the vehicle or accelerate it, they do still have much to do with braking and handling. If the rear tires do not have the same traction ability as the front, this may cause unstable handling and loss of control.”

Howard taught us a few things.

How do we know what to choose?

We don’t want to spend more money than we have to. Is it okay to go with discount snow tires?

“It is a lot of personal preference when it comes to buying any tire, but, the same as with any parts that are critical to vehicle control such as steering and brake components, I always recommend a brand-name tire,” Howard said. “The cost savings is rarely greater than your insurance deductible.”

Like Howard mentioned in our conversation with him, tire shopping is heavily influenced by personal preference, and the same is true with snow tires. If you’re new to winter tire shopping, the following are some of the most popular and highly regarded snow tires on the market today.

Your particular make and model of vehicle will have a major influence on your decision, but we’re pretty sure you’ll find a great tire that fits your ride and budget among these top choices. 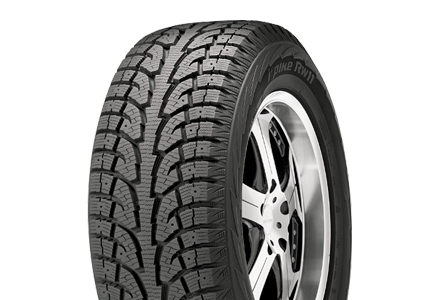 One response to “Buyer’s Guide: Snow Tires (and Why they Matter)”