There are lots of reasons to do an engine swap.

Power gains, efficiency, reliability, or just to freshen up an old ride.

Dan Mangold applied all those and more in deciding to put a late-model 5.7L HEMI engine in his 1974 Plymouth ‘Cuda.

Mangold’s options were a bit limited. Plymouth didn’t make a HEMI-equipped ‘Cuda in 1974; a 360 was the largest engine option.

But, 40 years later, a more fuel efficient HEMI was available.

“It’s a new 5.7 HEMI with overdrive,” he wrote. “Stock Motor. 17×8 front, 18×9 Foose Legend wheels…It also has power Audi A4 leather seats. Doug Thorley Headers. Summit Racing mufflers with 3-inch exhaust with an X pipe…Oh and my car sounds amazing with the Summit Racing mufflers. I turned so many people onto them.”

While the ‘Cuda’s suspension is stock, Mangold is planning some upgrades.

“It’s an all new stock suspension for now,” he wrote. “Gonna be making my own custom rear 4-link set up. I fabbed my own motor and transmission mounts.”

That seems like nothing when considering Mangold and his friends built and painted the ‘Cuda in a one-car garage.

As is often the case with a car this nice, Mangold’s ‘Cuda wasn’t exactly a quick project.

“I’ve owned it 14 years now,” he wrote. “It was red when I bought it. It’s an original ’74 360 ‘Cuda which is really rare. Just over 700 made. I found it in a local newspaper. It had an old restoration when I got it. Then I painted it Cobalt Candy Blue, and now Synergy Green. It’s been green for three years now. My buddy Keith did an amazing paint job on it in my one-car garage. It was also on display at the Philadelphia Auto Show this past February. I raced the [blue] car for a few years at Atco Raceway in South Jersey. The new 5.7 HEMI makes the car so much more fun to drive.”

“I absolutely love how Summit does the fan ride. It’s such a great time,” Mangold wrote. “Thanks to everyone that voted. And thanks to Summit Racing…made my day.” 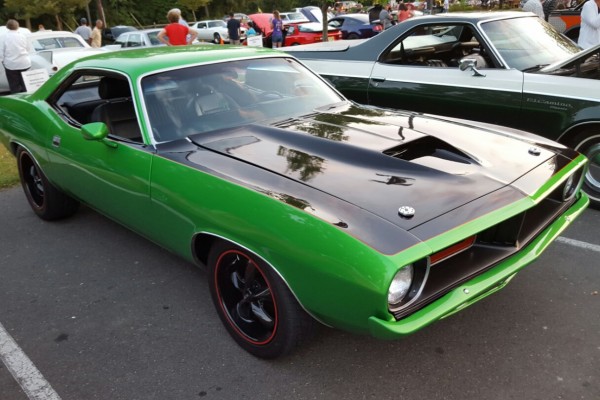 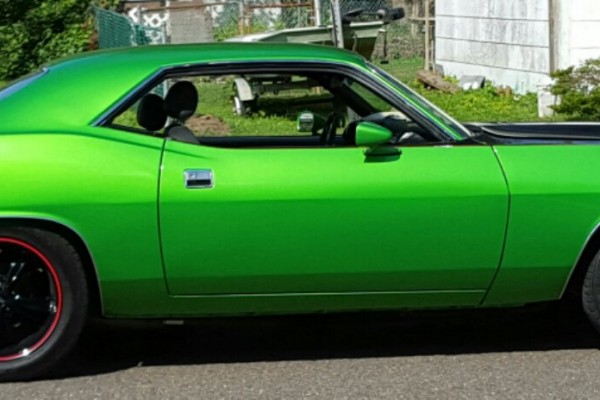