A second Chevrolet Corvette damaged after a sinkhole opened suddenly in the floor of the National Corvette Museum in Bowling Green, KY last year has been restored and is back on display in the museum’s Skydome, which reopened today following extensive repairs.

A white 1992 Corvette LT1 convertible with red interior, famous for being the one-millionth Corvette to come off the assembly line, has been fully restored. Another damaged Corvette, the 2009 Corvette ZR1 Blue Devil, has already been resurrected by Chevy. Still slated for restoration is a first-generation black 1962 Corvette convertible.

The GM Heritage Center is managing the restorations.

Eight Corvettes were destroyed in the sinkhole incident. The five deemed too damaged for restoration are on display in the refurbished Corvette museum Skydome in their as-recovered condition: Exactly one year ago today, OnAllCylinders reported that Chevrolet would finance the restoration of three of eight Corvettes swallowed by the freak accident caught on camera which captured the imagination of Corvette lovers (and haters) everywhere.

Museum attendance is up 66 percent since the sinkhole incident. According to CNN Wire, the museum plans to open an exhibit later this year called “Corvette Cave In: The Skydome Sinkhole Experience.” The display will document the disaster with scientific explanations of how the sinkhole formed, a close look at the wrecked Corvettes, and worldwide attention the sinkhole received.

You can find a detailed look at the one-millionth Corvette restoration from The Detroit Free Press here.

See more of Chevy’s photos of the one-millionth Corvette here: 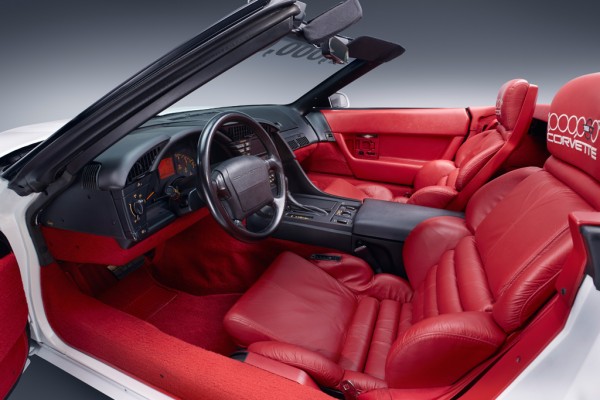 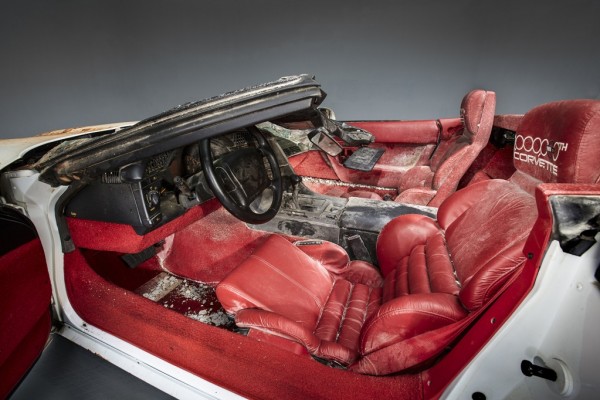