Family Demon: How a ’71 Demon Strengthened the Bond Between Father and Son 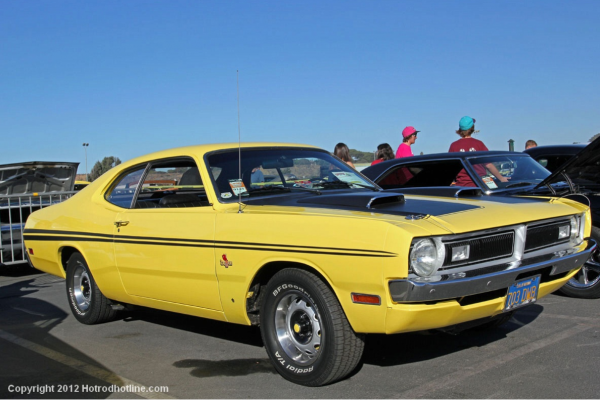 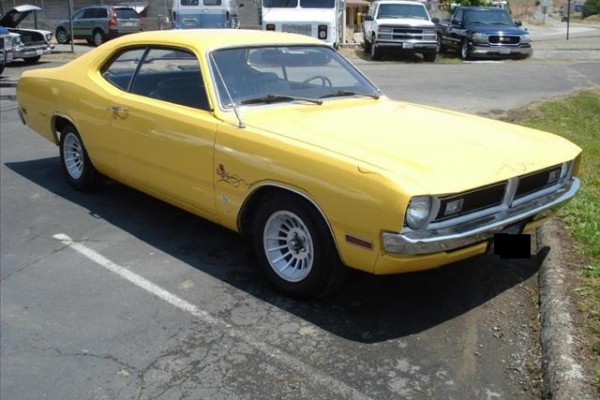 The Speridons' 1971 Dodge Demon has won numerous awards, including a Best Restoration win at Goodguys, the Goodguys for Nathan Strube Memorial Award, an award of excellence at a local show in Calistoga, CA, second place in the Modified Mopar category at Peggy Sue's in Santa Rosa, CA. The Demon will also be featured in a calendar to be released next year.

This is what the car looked like the day it was purchased.

During the Las Vegas stop of the Speridons trip, the Demon attracted the attention of Danny Koker, owner of Kounts Kustoms and star of the show Counting Cars.

The last leg of the Speridons' journey took them near the U.S./Mexican border and back up through San Diego.

Before Nick Speridon III graduated high school and left home, he and his father, Nick Speridon Jr., wanted to do something together as father and son. The two had always shared a love for baseball and hunting, but they were looking for something different. A father-son project, or maybe a trip of some sort.

The Speridons would ultimately embark on a once-in-a-lifetime, five-state, 10,000-mile trip that neither will forget. But the best part of the journey may have taken place in the family’s driveway in Pope Valley, CA as the father and son bonded over a new family project: a 1971 Dodge Demon.

“We knew we wanted to build something together, but we didn’t know what,” Speridon III said. “We just knew we wanted something unique. My dad owned a Z/28 and was a GM guy his whole life, and we’d always seen lots of Mustangs and Camaros at car shows.”

The answer came when Speridon Jr. spotted the ’71 Demon behind a consignment shop on his way to a deer hunting excursion. After the Speridons test drove the car and did some negotiating, they headed home with their new project.

For the Speridon III, who was 16 at the time, this was his first real attempt at hot rodding anything.

“For most people my age, you open up the hood and there’s a plastic cover,” Speridon III said. “I knew nothing about the mechanical parts, and (my dad) taught me everything. I was as green as the grass as far as working on cars.”

The education process included an expedited four-month restoration of the Demon. The father-son team pulled out the seats and pulled up the carpet to rid the Demon of light rust on the floor boards. Luckily, the rest of the interior was in great shape, so the Speridons turned their attention to the exterior. They had a family friend repaint the car in original Top Banana Yellow—one of the Dodge “High Impact” colors available in the early 1970s.

“We pulled the car out of the shop and took it to a show before the paint was even cut and polished,” Speridon III said. “Our first show with the paint unfinished, it won Best Restoration.”

Although Demons came with 318 or 340 V8s in 1971, the Speridons opted to stick with the same 360 the previous owner had put in the car. The engine’s internals were in good shape, so they focused on the top end. They replaced the troublesome 2-barrel carb with a new Edelbrock 4-barrel carburetor, added an Edelbrock Performer aluminum intake manifold, and cleaned up the cylinder heads with new gaskets. They also replaced the distributor cap and ignition coil and swapped in new hoses and belts where needed.

The biggest challenge proved to be the mystery wire the Speridons found under the hood.

“My dad joked that the previous owner must have gotten a solder gun for Christmas,” Speridon III said. “There was so much excess wiring that did nothing and six toggle switches that did nothing. One morning when I slept in, my dad pulled out a ball of wire and set it on the ground. I was like, ‘what did you do?’ But none of it did anything.”

The Demon’s suspension, on the other hand, remained highly functional. They kept it mostly original except for a new set of shocks and a Hellwig stabilizer bar. They also found a set of period-correct Rallye rims to replace the mags that were on the Demon when it was purchased by the Speridons. Eventually, they also swapped in a new 904-A Torqueflite 3-speed to replace the original.

Once the project was complete, the actual journey began.

“We mapped out the Goodguys shows out West,” Speridon III said. “It was over Thanksgiving, and it was the first Thankgiving my parents spent apart in 25 years of marriage. Mom was not happy and kept sending pictures of her and the dogs eating Cornish game hen on Thanksgiving.”

The trip was over 10,000 miles through five states and included stops at Goodguys shows in Washington, California, Nevada, and Arizona. Although the Speridons packed the trunk with a new water pump, alternator, carburetor, jack, and anything else they thought they might need, the newly completed Demon ran perfectly. Since that trip in late 2011, the Demon has continued to picked up  awards at both regional and national car shows, including Goodguys Shows.

“The trip was unforgettable,” Speridon III said. “But my favorite part was working on the car with my dad. It really bonded us and we became best friends. I’m so thankful to have a dad that could do this with me.”