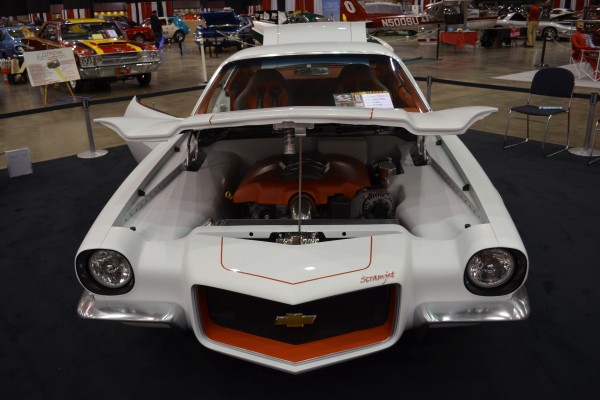 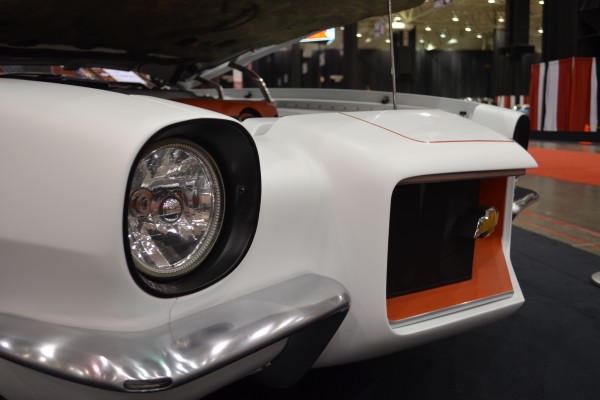 Say hi to the Scramjet.

It’s a 1970 Chevrolet Camaro that can be largely operated from a smartphone mobile app.

“To drive the Scramjet with a cellphone, the driver accesses the app set aside for the car. The screen then offers several options, including opening the door, setting ride height, adjusting the cabin temperature, turning on headlight neons or main lights, and starting the car,” according to the vehicle’s hero card.

The Scramjet was named and conceptualized after a series of experimental engines used on unmanned hypersonic aircrafts developed by NASA, which could reach speeds upwards of Mach 4 and Mach 5 (the fastest aircraft on record).

The car has no traditional gauges or instrument panel. Instead, the car uses a central-mounted screen to display gauges and navigation data.

The Scramjet Camaro is powered by a GM LS7 engine—a 427-cubic-inch engine making 505 horsepower and 470 foot-pounds of torque.

The car is outfitted with SSBC performance brakes. It features a custom interior with Corbeau sports seats.

It’s the tech that really caught our attention. From a smart phone. Pretty cool.

The Scramjet Camaro was built by Penfound Design in Elyria, OH as a cooperative venture between Penfound, Infinity Box, Kenwood, and Classic Revivals.