In part one of Project Thunderbolt, we laid out the plans to stuff a GM LS3 V8 in to a 2004 Mazdaspeed Miata.

In this update we’re finishing the teardown of our 2004 Mazdaspeed Miata’s chassis. We’ll do the same to our stock Miata four-cylinder drivetrain by breaking it down into smaller, more manageable pieces.

Due to the size of the new LS3 engine and its position in the chassis, the firewall area and driveline tunnel will need to be modified to make room for the engine and accessories. To prepare for those modifications, the engine bay and interior must be stripped bare. Parts were flying off quickly, so every effort was made to label everything and keep close tabs on hardware and where it belongs.

While the stock Miata front subframe won’t be reused, the attached suspension components like the A-arms and uprights will be. The rear subframe will be modified to house our shiny new Getrag differential that we’ll show off in a future video.

For now, check out the complete destruction–err…teardown process–in our latest video above. 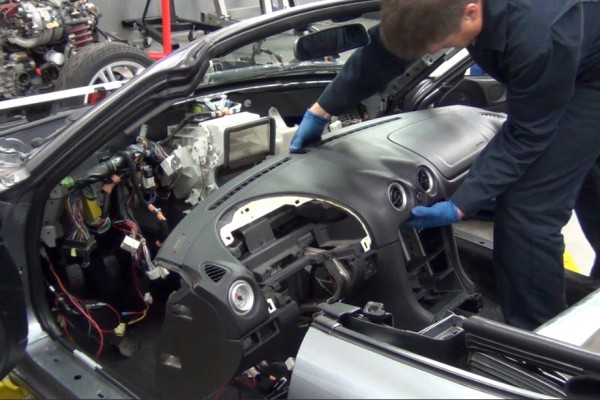 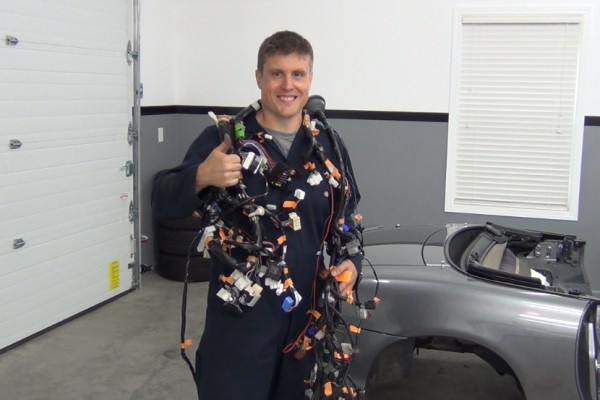 Removing the dash is necessary to make our firewall and tunnel modifications. With the dash out of the way, removing the wiring harness, pedal assembly, and pretty much everything else will be much easier.

Here are some of the interior parts we removed. They will be put back in their original locations later on. At least that’s the theory.

The complete fuel system is removed. We’ll reuse the tank, but everything else isn’t quite V8 worthy.

The interior completely bare and ready for its appointment with the cutting tools.

Now it’s time to break down the stock Miata drivetrain. As much as we love looking at this thing, it’s taking up too much room and I need to reuse some of these bits.

The stock front subframe broken down into its individual components.

The rear axles are notorious for getting stuck in the hubs. Sure enough, the passenger side axle needed a little persuasion to remove.

The rear subframe in pieces.