Beetle-Mania: We Mark the 11th Anniversary of the Last Classic Beetle by Sharing this Ultra-Cool ’70 Bug 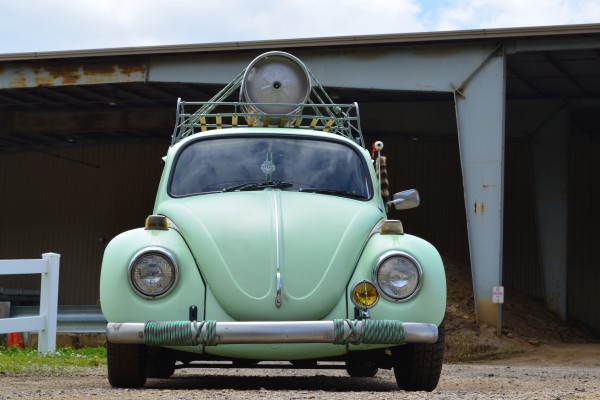 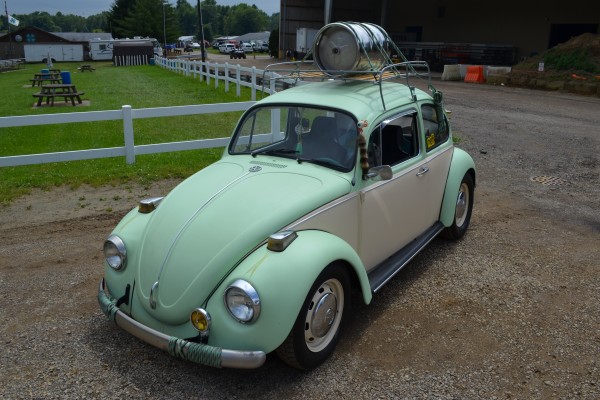 On this day 11 years ago, the last of the classic Volkswagen Beetles rolled off the assembly line in Puebla, Mexico.

The car had been banned from sale in the United States since 1977 because its rear-mounted, air-cooled engine no longer met America’s increasingly stringent safety and emissions standards. By 1988, the classic Beetle was sold only in Mexico, primarily for use as taxi cabs. The Beetle had fallen on hard times, and when Mexico banned two-door taxi cabs, classic Beetle production was halted. The last of the 21,529, 464 VW Beetles produced since World War II rolled off the assembly line on July 30, 2003.

We prefer to think of the Beetle during happier times–times when the car was a movie star (as in 1969’s “The Love Bug”) and a cultural phenomenon that appeared on a Beatles album cover (“Abbey Road”). That’s why we present Chris Horning’s 1970 Volkswagen Beetle as our tribute to the original Beetle.

Even with all those classic Beetles produced, we can pretty much guarantee (without seeing all 21,529,464 Bugs) there’s none quite like Horning’s hoodride VW. The two-tone Bug has that ultimate surfer vibe that takes us back to the 1960s and early 1970s. It features the original 1600cc motor, Hot Rod Flatz paint, custom door panels, and 2 1/2–inch drop spindles up front.

And that’s just the start.

Horning’s ’70 Beetle has too many surfer-cool personalized touches that we’d rather show you than tell you. Check out the slide show above for a closer look. And keep in mind, the car is still a work in progress. According to Horning, he plans to drop the suspension another 2 inches and build a 1900cc engine for the car.

Production of the venerable Beetle ended 11 years ago today. But the legend lives on thanks to guys like Chris Horning.