Ford Announces Special Edition 50th Anniversary Mustang—Only 1,964 To Be Made!

Ford announced today that it will offer a special 2015 “50th Anniversary” Mustang to commemorate the pony car’s 50th anniversary. Only 1,964 of the GT fastbacks will be made—a reference to the Ford Mustang‘s first public appearance in 1964.

The limited-edition car will come loaded with every single option available, including an upgraded performance package. Using the Mustang GT’s 5.0L Coyote V8, it will churn out at least 420 horsepower and come with your choice of manual or automatic transmission and Wimbledon White or Kona Blue paint (the transmission and paint are the only options available).

The 2015 “50th Anniversary” Mustang will sport several retro cues, including a unique grille with “Mustang in a Corral” logo and an extra helping of chrome exterior trim.

“Chrome trim was much more prevalent on cars in the 1960s than it is today, so we added some discreet highlights for the grille, side glass and tri-bar taillamps,” said Moray Callum, Ford vice president of design. “The darker Kona Blue provides a particularly striking contrast against the chrome.”

The rear quarter-windows are based on the 1965 fastback’s louvered quarter-windows but are actually comprised of layered sheets of glass built with a construction technique uniquely developed for this car.

Inside, the aluminum trim gets an axle-spin finish, two-tone seats are upholstered in cashmere and black-colored leather, while cashmere stitching is featured throughout. A limited-edition badge will be located on the passenger side of the dashboard, while the Mustang 50 Year logo will be placed on the seat backs.

No word yet on pricing, but the special edition cars will be among the first built when the all-new 2015 Mustang goes on sale this fall. Check out the images below and let us know what you think. 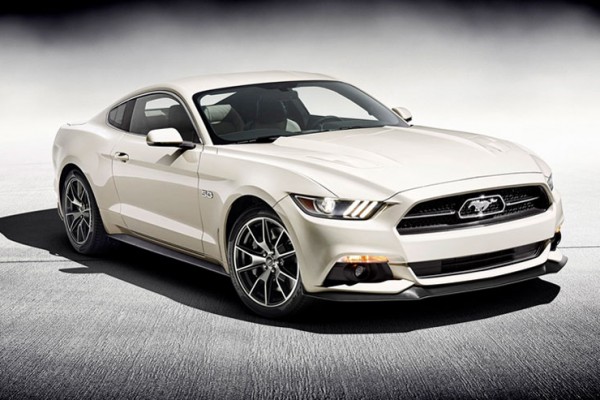 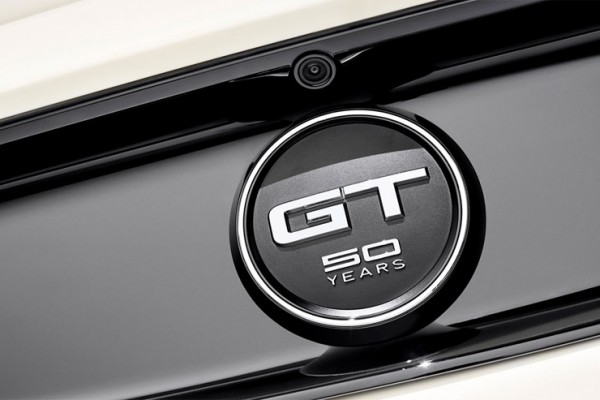 One response to “Ford Announces Special Edition 50th Anniversary Mustang—Only 1,964 To Be Made!”