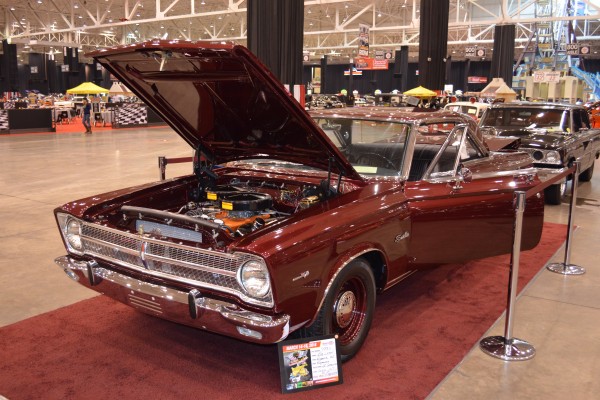 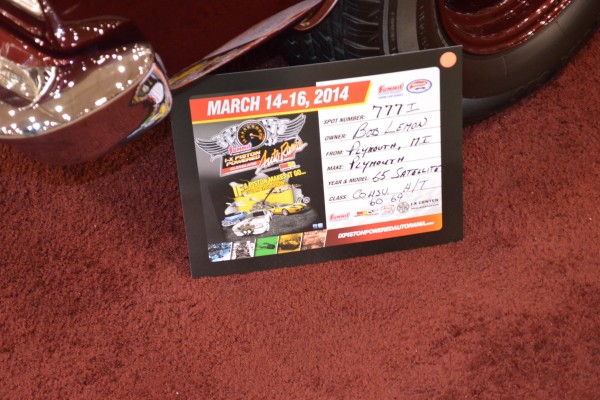 Hanging out at his local dragstrip in greater Detroit, he was a just a boy with a dream.

The 1964 Plymouth Belvedere had just broke onto the scene, and Bob Lemon wanted one.

“This is back when Mopar dominated the dragstrip,” he said. “Back then, there was no such thing as leasing. We had to buy our cars and I was saving for a down payment. But by the time I had the money, the ‘64s were out of production.”

So, Lemon took his wad of cash—$2,765 to be exact—and walked into the Chrysler dealership.

There he left with his brand new 1965 Plymouth Belvedere with a four-speed transmission and a 383 engine.

Lemon didn’t pamper his new Mopar. He drag raced it.

He had the car almost exactly one year.

In 1966, Lemon could see the writing on the wall: He was going to get drafted to fight in the Vietnam War, which forced him to sell his ’65 Belvedere.

“It wasn’t as traumatic as it could have been because it was happening all around you,” he said. “Every one of my close friends went into the military.

“If you had a pulse, you were qualified to be drafted.”

To avoid going into the infantry, many of Lemon’s friends enlisted, but enlisted soldiers had to serve three years.

And being drafted only required a two-year commitment. Lemon realized there was nothing to do except get in and out of there as fast as possible. He visited the draft board and told them to sign him up for the draft. The board obliged.

“I went through basic and infantry training with guys I went to high school with,” he said of joining the U.S. Army on Oct. 6, 1966. “The impact never really settled in until we started losing people in Vietnam. My high school locker partner was only there one month. He didn’t come home.”

Lemon spent much of his free time preparing for life after war.

He took college courses at night.

“Instead of playing cards, I’d read textbooks,” he said.

He completed three classes by mail during his time overseas.

As soon as Lemon got back to the United States, he began his pursuit of his bachelor’s and master’s degrees.

A Thing for B-Bodies

On his drive to and from school, Lemon noticed another ’65 Belvedere sitting in a driveway.

One day, he stopped and knocked on the door.

Lemon pampered this new Belvedere during the four years he owned it.

For three decades—29 years, actually—Lemon concentrated on work and family. But it always gnawed at him that he sold that second Belvedere.

But life took over, he said. He and his wife raised a son and daughter.

The sold Mopars lived in his memory.

Until one day he and his son were driving somewhere when he just happened to pass a parked 1965 Plymouth Satellite he had seen in a “For Sale” ad.

The car was owned by the son of a 93-year-old man who had died. He talked about buying the car from the son, but ultimately backed out.

Lemon’s wife and son encouraged him to buy the car. But he resisted.

Lemon and a friend were partners in a local garden shop. The two alternated working weekends. Lemon remembers one Sunday vividly. It was particularly hot and sunny.

“I just wanted to be done with the day,” he said. “But I had the worst garage door opener in the neighborhood. Sometimes it would go up from a block away. And sometimes it wouldn’t open right in front of it.”

On that Sunday, the garage door wouldn’t open. Frustrated, Lemon got out of the car. His wife, sitting on the nearby patio, asked him what was wrong.

“This damn garage door,” he muttered.

“Try the small door!” she said from the patio, referring to their second garage door covering the third parking space.

So, he did. And when the door lifted, there was the ’65 Plymouth Satellite he refrained from buying with his son sitting inside snapping photos.

On his very first drive in the car, he ran out of fuel because the gas gauge was broken.

After dropping the gas tank, Lemon spotted some surface rust on the bottom of the trunk.

It took three guys two weeks to color-sand the body.

Lemon had a flawless 1965 Satellite body. But not one other thing.

He and his son started working on the car part time on weekends.

It was barely drivable as it hadn’t been aligned, but Lemon finished the Satellite in time for the 2009 Detroit Autorama.

“I never intended to make a show car out of it,” he said.

But a show car, he made.

Lemon’s Mopar isn’t just pretty to look at. She can dance, too.

The car had a small-block 318 when he acquired it.

“It was a beautifully running engine, but I wanted to go with muscle,” he said.

Mopar discontinued Max Wedge production for the 1965 model years in favor of the HEMI.

“I always thought the discontinuation of the Max Wedge was a mistake,” he said.

You can see the staggered four-barrel intake under the hood. It makes 535 horsepower.

“Everything is built to, or above, the Max Wedge specs,” he said. “I just wanted an old muscle car.”

At the 2011 Detroit Autorama, a man came by the car. He was in love with the Satellite because it was identical to the car he had when he started dating his wife more than 40 years earlier.

Lemon invited the man and his grandson to sit in the car. They did, while the grandfather told his grandson old dating stories about he and the boy’s grandmother.

Two years later, the same man showed up with his brother and ran into Lemon’s ’65 Satellite a second time.

He relived his past with his brother.

Before leaving, the man—his name is Roger—left his business card with Lemon with the words “If you ever want to sell it…”

Lemon went home and told his wife about the encounter.

“You’ll sell that car over my dead body,” she said.

One day, the phone rang.

It was Roger. He wanted to know how much money it would take to part with the Satellite.

“If you sell this car, you will relive the regret you went through with the second car that you sold for $1,000,” Lemon recalled his wife telling him.

So, he thought some more.

Eventually he called Roger back.