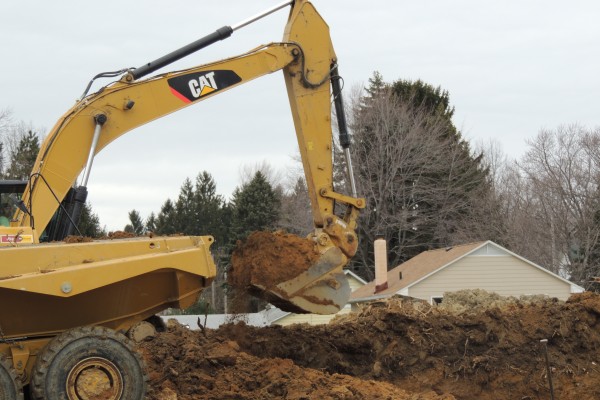 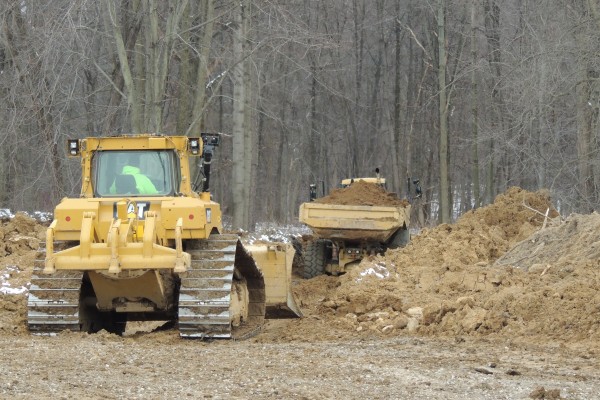 The recovered vehicles are in good shape but are unable to run.

Large rocks and cement suggest some sort of vault may have been present.

All hail, the king of barn finds—sort of!

Pretty much every Wednesday, OnAllCylinders brings you Lot Shots, a regular feature in which we highlight cool vehicles we discover sitting in nearby parking lots. Now an Ohio construction company has one-upped us with its own set of parking lot finds.

In the process of breaking ground for a new parking lot, members of the construction crew made a startling discovery buried near the back of the construction site. Several relatively well-preserved classic cars, including a 1968 Dodge Charger R/T, 1969 Mercury Cougar Eliminator, and 1957 Chevy, were partially buried in the hillside. What’s more, the future parking lot is located just minutes from Summit Racing Equipment in Tallmadge, OH.

For example, how have the cars remained mostly intact?

On the outside, each vehicle is in relatively good shape with mild to moderate surface rust in a few areas. The cars were buried in up to 10 feet of dirt in some cases, leading some to believe they may have been encased at some point. Several areas of thick concrete rock found near the vehicles have led to speculation the cars could have been contained inside some sort of vault.

Over the next few weeks, we’re hoping to get more answers.

Look through the pictures above to get a better look at this once-hot set of wheels.

See photos of the removal process below. 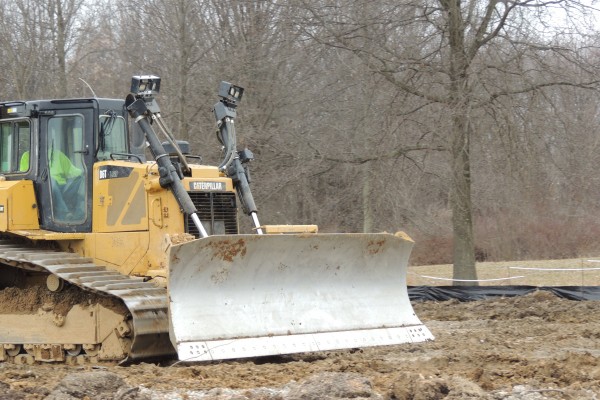 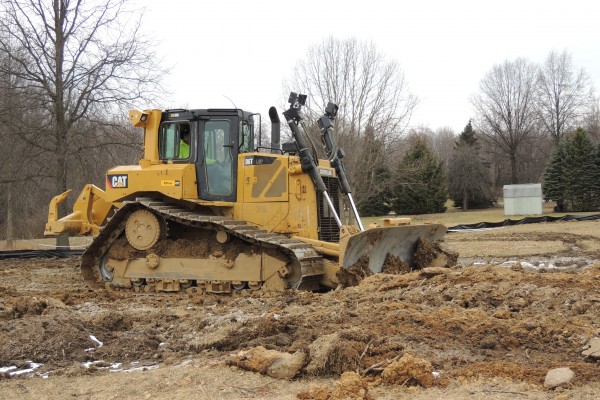 Actual footage from the vehicle extraction.

We give the construction vehicles a hand in final extraction from the site. The cars have been painstakingly restored with a garden hose and are currently on display in one of our staffer's son's Hot Wheels cases. Happy April Fools' Day, by the way.