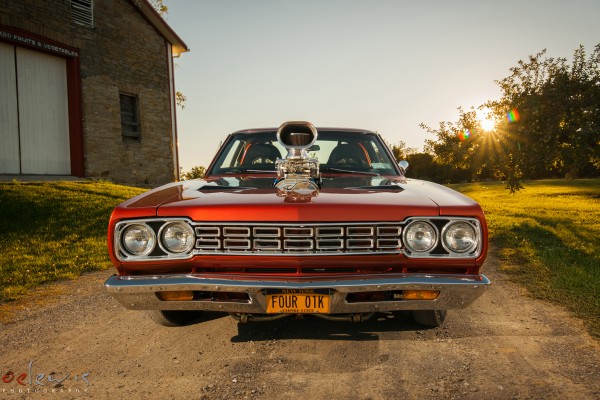 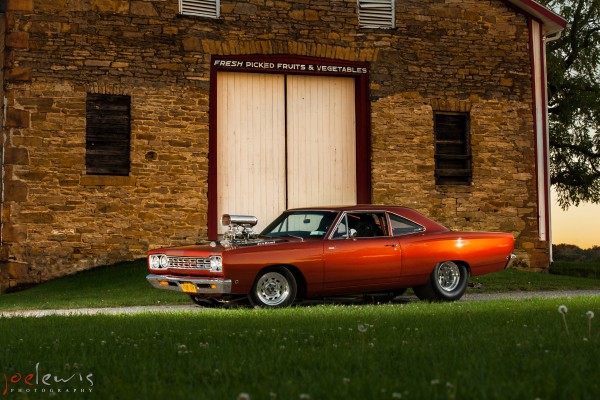 Mark Farina’s 1968 Plymouth Roadrunner has been named your 2013 Facebook Fan Ride of Year, beating out nine other finalists.

While it’s obvious Farina knows how to build a nice hot rod, the Lockport, NY resident also has writing skills, too. Farina summarized the story of how his Roadrunner came together, and we liked his account so much, we’re sharing the story with you–in Farina’s own words:

I’ve had the car since 1978, when I was in high school. It was my first car (that I bought). It originally had a 383 with a 4-speed, bench seat and air shocks. I have two sons, and they were both brought home from the hospital in this car. I drove it for about six years (summers only), until my oldest son decided to drop some 3/8 bolts down the intake one day while the engine was out and sitting on the garage floor.

I didn’t find the bolts until the engine was back in and running!

Needless to say that 383 made a lot of noise…fast.  I decided to park the car, raise a family and buy a house. It sat in my garage until 2001, when I decided to start working on it again. The frame and suspension were in bad shape, and I thought about getting rid of it.

Instead, I contracted Vito Antonicelli Race Cars for a full race car chassis. Then started thinking about an engine. While planning a 500-cubic-inch stroker, I found someone about five miles from me that was looking to sell a blown 472 HEMI.

I couldn’t pass it up!

My brother and I worked on the car for a few years, gathering parts and researching things. Seems I was getting Summit Racing boxes on my porch a couple times a week. Then came the task of finding someone to fix up the body and paint it–that took another two years. We decided on Doug’s Unique Auto for the paint, and they had the car for about 9 months.

They turned it into a piece of art!

After we got it back from the paint shop, my brother, Dom, and I had it back together in three months and ready for the big local car show. To my surprise it won first place. We keep working on it every winter, because as we know they are never done!

All gauges are Auto Meter Phantom. I made the dashboard at Myles Tool Company; it is CNC machined aluminum, with a one of a kind solid billet aluminum steering wheel that matches the Center Line Warrior Wheels.

I haven’t had it at the track yet; I just drive it to cruises and shows.

Thirteen years ago when I dragged that old heap out of my garage, I never thought it would be selected for something like this. I’m absolutely floored and honored that my car was voted #1.