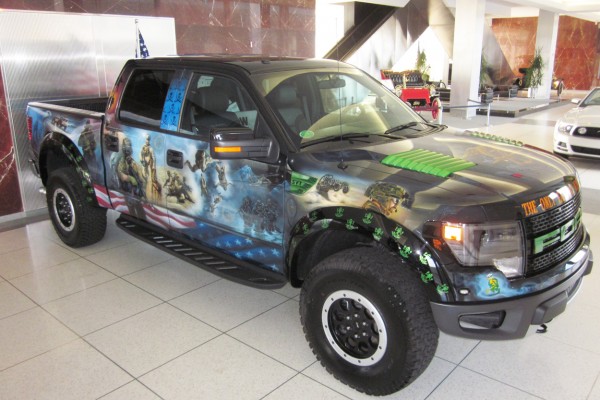 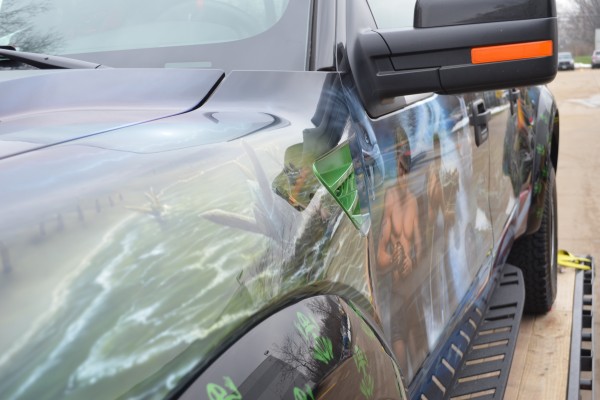 The Navy SEALs were born in 1943 during World War II, only then they were called Underwater Demolition Teams.

The UDTs were tasked with swimming onto enemy beaches and planting explosives on ship obstacles called scullies. Over time, the UDTs became the SEALs, the U.S. Navy’s most highly trained special forces group.

Members of U.S. Special Forces operations from every branch of the U.S. military perform some of the bravest, daring, and most-difficult jobs on the planet. Sadly, many of these heroes are critically injured in the process.

Despite President John F. Kennedy signing into law legislation which provided permanent funding for U.S. Special Forces members, some of these critically wounded veterans still have sad stories to tell after returning from combat.

Through a series of elaborately airbrushed Ford Raptor trucks, the organization is planning a massive fundraising effort to help offset the costs of critically injured special forces members living a civilian life after returning from combat. The trucks will be airbrushed by artist Mickey Harris.

President and founder Randy Hayes happened to be passing through Akron, OH recently, visiting the Summit Racing Retail Super Store with the Husky Liner’s Navy SEAL Raptor in tow. He shared with us his fundraising vision to help injured special forces soldiers and showed us the truck.

It’s a wonderful cause and particular meaningful to us today as we remember and honor all those lost in the attack on Pearl Harbor 72 years ago.

We can’t wait to see the rest of the trucks.

Check out the Navy SEALs Raptor in the slideshow above.