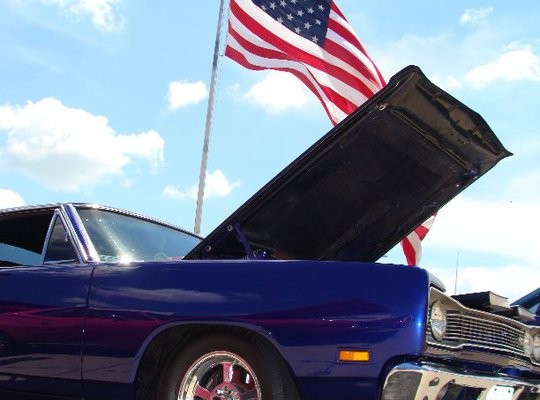 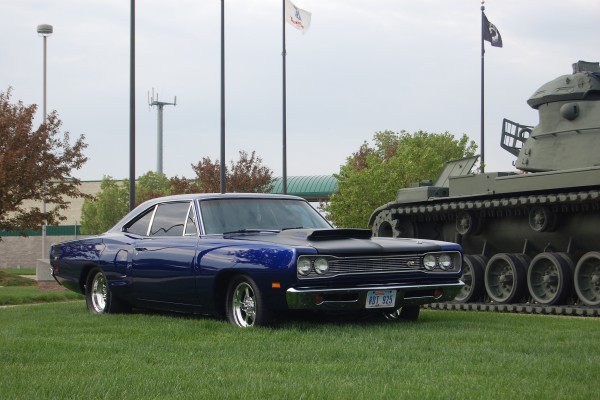 Sometimes life just has a way of reshuffling our priorities.

It happens all the time in the hot-rodding circle as young car enthusiasts put beloved projects on hold to start families or take on other challenges. But when Devin Brisbois of Omaha, NE was called to serve his country in Afghanistan in 2009, he figured his latest project, a 1969 Dodge Super Bee, was done for good.

“I bought the car in 2000, when my first daughter was born,” said Brisbois, a Staff Sergeant in the U.S. Army Reserves and father of three. “I got some bodywork done, but the work slowed down when we had another kid. After getting my deployment orders, I started talking to people about selling the car.”

But his friends had other ideas.

While Brisbois made family and country his most important commitments, a close-knit group of friends decided to make Brisbois and his Dodge Super Bee their top priority. “When we found out he was getting deployed, we got together and decided do something,” said Rick Finley, a close friend of Brisbois. “We talked him into storing the car and then spent just over two weeks secretly working on it and assembling it at my brother’s garage, so he could enjoy it the summer before he left for his deployment.”

The Super Bee was disassembled and covered in green primer when the group started on it. The front clip was off the car and the vintage Mopar’s 440 engine, which Brisbois had built in 2003, was still removed from the engine bay. By Brisbois’ admission, the fenders were still in rough shape, too.

“There were lots of late nights—like until four or five in the morning,” Rick Finley said. “There were a lot of people involved to make this happen, and we even got donations from companies who wanted to help out—PUI Interiors comes to mind. It took just over two weeks—about two weeks and two days, I believe—and many thanks go out to Summit (Racing) for having parts in stock and fast shipping.”

The hardest part of the job? Keeping it secret from Brisbois during the two-week period.

“We basically had to avoid (Devin) for two weeks,” Rick Finley said. “He probably thought we were mad at him or something. We even blocked off the windows in my brother Chuck’s garage, so he wouldn’t know someone was working in there. If he’d show up, we’d turn off the lights and pretend like nothing was going on. A lot of people knew about this, but no one spilled the beans.”

“They had me running all over town,” Brisbois added. “They even had me go out of town when they had to move it from one place to another.” Meanwhile, inside Chuck Finley’s garage, the group worked to get the Super Bee back together. After finishing the remaining bodywork and reassembling the car, Chuck Finley used his professional painting skills to spray the Super Bee in custom blue paint. The 440 cubic-inch power plant, which sat idle for about six years, was given a little TLC and fired right up. The engine features hand-ported 452 heads, a mild hydraulic street cam, and aftermarket headers—perfect for summer cruising and occasional 11-second quarter-miles.

When the Super Bee was ready, Rick and his friends devised a new plan to reveal the finished project to Brisbois.

“He thought he was meeting us for my brother’s birthday,” Rick Finley said. “At the last minute, we had his boss at the electrical shop where he works tell him to go on a service call. We were waiting there with the car when he got there.”

When Brisbois showed up, there was some special music playing. “It was the Overhaulin’ music,” said Brisbois, referring to the television show where rides are secretly overhauled by Chip Foose and friends. “It took me about 10-15 minutes to truly realize it was my car!” Brisbois, who has since returned from his deployment in Afghanistan, “drives the hell out of the Super Bee,” Rick Finley said. The car goes to local shows and cruise-ins and even earned a second place award at a recent Omaha World of Wheels show. Of course, awards are low on the priority list compared to Brisbois’ country, family, and the friends who showed their support through the special ’69 Super Bee.

“It was big what these guys did to show their support,” Brisbois said. “I was nervous about everything, and once I saw what they did, I was like ‘everything is good.’ It was probably the most-significant thing that could happen—it was priceless.”