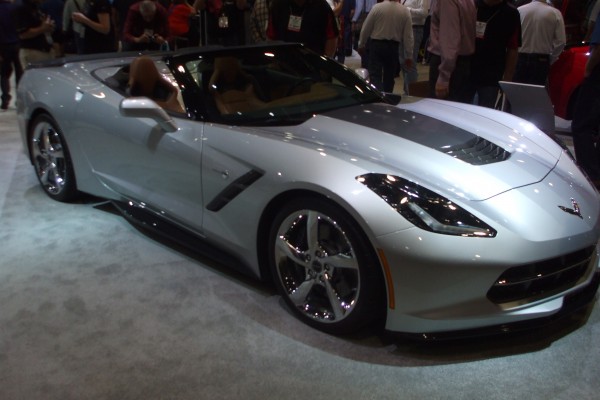 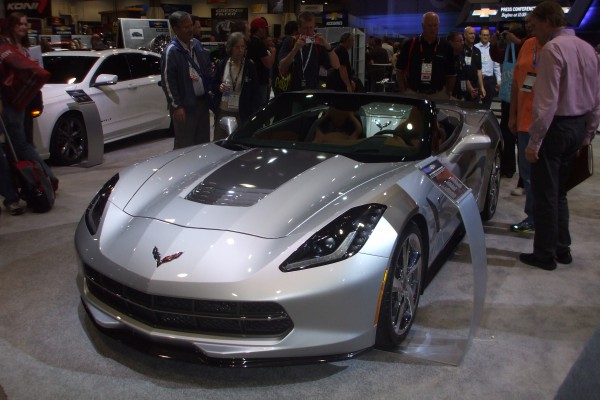 The Chevrolet Performance Classic Truck concept was torn down and completely rebuilt with modern upgrades, including a 5.3L E-Rod crate motor.

GM showed off an array of Z/28 concept parts.

Chevrolet Camaro Z/28 on display at the GM display. The Stingray Gran Tourismo was created to commemorate the 15th anniversary of the Gran Tourismo video game. It features a direct-injection 6.2L V8 with active fuel management that gives it 29 miles-per-gallon on the highway while tearing up the road with 465 ft.-lbs. of torque. The COPO Camaro is Back

GM will once again offer 69 COPO Camaros for 2014. The 2014 COPO Camaro will be available with four different engines: naturally aspirated 350, 396, or 427 or Whipple-supercharged 350. Serial #1 of the production run be auctioned off at Barrett-Jackson’s January event in Scottsdale, AZ. Proceeds benefit the Achilles Freedom Team of Wounded Veterans, an organization dedicated to helping wounded veterans participate in marathons and share their success within a supportive community and their families.

Each COPO Camaro comes standard with a suite of NHRA-approved safety items, including a roll cage, to make the COPO Camaro eligible for the NHRA’s Stock and Super Stock classes. Other updates include a solid-rear axle in place of the standard independent rear suspension, a new wheel design, race seats, and massive rear tires. The Camaro Spring Edition is coming to a dealer near you—and fairly soon.

Even if you’re not lucky enough to get your hands on a 2014 COPO Camaro, you can still put some of that COPO power under your hood.