Editor’s Note: This is Part 3 of our Campus Pit Stop series of articles highlighting automotive engineering work being done on campuses across America. The series covers some of the schools’ participation in the Formula SAE and Baja SAE programs. For more information on these programs, please see our Campus Pit Stop introduction post. A motorsports event where a pack of cars drives by and you barely have to raise your voice to be heard.

Where children don’t wear ear protection at the track.

But that’s exactly the automotive future the Formula SAE team at Carnegie Mellon Racing envisions. One where neither gasoline, nor any other fossil fuel, is used to propel race cars around a track. One where combustion engines are a novelty. Relics of a bygone era.

“People are used to hearing that engine,” said Mike Spinelli, president of Carnegie Mellon Racing and a student at Carnegie Mellon. “It’s just ingrained in our culture.”

But in time, electric motors will win the day, Spinelli said. And once performance enthusiasts begin to appreciate the advantages electric power provides, we’ll start to see that shift occur.

After many years of competing in Formula SAE, Carnegie Mellon Racing is, for the first time, building an all-electric car to compete in the 2014 season. The switch in technical focus plays to the university’s strengths, Spinelli said.

In fact, the opposite is true, Spinelli said.

Per the rules of Formula SAE, the competing racing teams are limited to 610cc engines, though most use four-stroke 600cc engines commonly found on motorcycles, Spinelli said.

The same rules for electric-drive vehicles limit the power to 85 kilowatts.

Working with an electric drivetrain allows you to rethink almost every aspect of your car build. There is no huge, heavy centralized engine to mount. Instead, the vehicle is powered by 83 separate A123 Systems battery pouches. The pouches give the car builders a ton of flexibility in terms of weight distribution and battery placement, despite taking up a lot of space.

They power not one, but two motors. Each motor is dedicated to a rear wheel—a design that gives the car much better traction control in racing conditions, Spinelli said.

The electric drivetrain provides instant torque and acceleration, he said. With its current gearing, the car reaches 60 miles-per-hour in 3.2 seconds.

The primary limitations for electric vehicles lie in the battery technology, which currently yields limited driving range, and excessively long battery-recharging times. But that limitation could be solved by batteries that last much longer or could somehow be recharged during use, according to Spinelli.

Vehicle technicians might be faced with the most-drastic changes. In addition to all of the powertrain and drivetrain changes, the batteries create electric currents that humans are wise to avoid contacting.

“Yeah, if you touch the car in the right spot, you’re going to get hurt,” Spinelli said. Driver safety in an electric race car is about the same as in a combustion vehicle, he said.

There will be resistance. Growing pains. Culture shock.

But in the end, Spinelli is convinced that it’s only a matter of time before the vast majority of automotive applications, including motorsports will run on electric-powered vehicles.

And he cautions against assuming that’s a bad thing.

“It’s got potential to be much better than combustion,” he said. “I think it’s definitely where cars are going.” 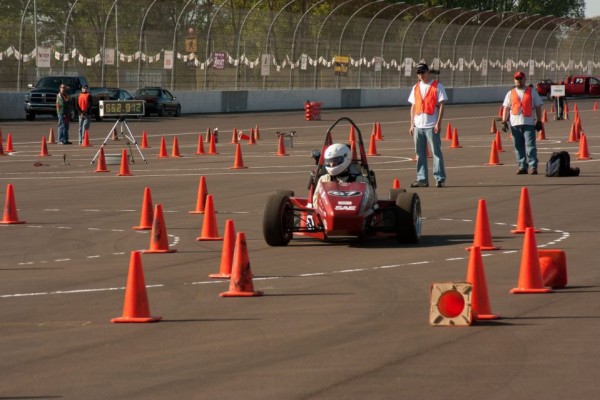 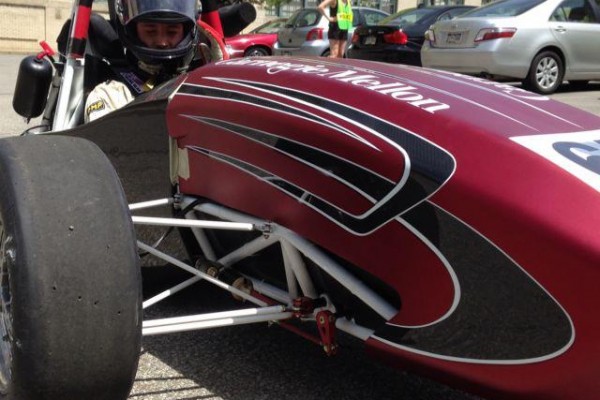