Editor’s Note: This is Part 7 of our Campus Pit Stop series of articles highlighting automotive engineering work being done on campuses across America. The series covers some of the schools’ participation in the Formula SAE and Baja SAE programs. For more information on these programs, please see our Campus Pit Stop introduction post. Being wise to the wind. A series of small yet monumental choices.

A certain angle here. Another degree there. Material science.

When everyone is limited to basically the same ceiling of allowable power output, it’s the aerodynamics and efficiency of a race car that separates the winners and losers.

And that’s what the University of Akron Formula SAE team members (about 27 strong) have done. They’ve used aerodynamics and savvy design to separate themselves from the competition—and rise as high as the #7-ranked Formula SAE team in the world in 2013. There are about 500 teams competing in Formula SAE, globally. Akron sits currently at #8. And they’re hungry for more.

Aerodynamic design was the focus for 2013.

But they also shed 78 pounds and dramatically increased the amount of time they could run the smaller engine at peak power.

On the race track, that means the team has lost a little top end speed on the straightaway, but the vehicle’s thoughtful aerodynamic design more than made up the difference in total lap time.

Last year’s lap times were about 46 seconds. This year? About 41 seconds.

“All of the time we lose on the high-speed straightaways, we make up for in the corners,” Kruse said.

That’s a result of getting reliable down force—keeping the rear end stuck to the track and giving them maximum efficiency coming out of each turn. The aerodynamics package includes a three-element front wing, a three-element rear wing, and a full undertray.

The team members didn’t focus much on the drag component of the aerodynamics, Kruse said, but will make that more of a focal point in 2014.

“We’re spending a lot of time looking at the drag force of the wings,” he said.

The lighter vehicle was built with a steel tube frame. The team used honeycomb-stress panels to complete the bodywork. The panels are fabricated by sandwiching one-inch-thick lightweight aluminum honeycomb between thin carbon-composite panels that are maybe .05-inch thick.

“We were able to make it stiffer and lighter,” Kruse said.

Designing the shape of the vehicle as well as choosing lightweight materials is all part of increasing the race car’s overall efficiency.

“This engine has a really high compression ratio,” Kruse said. “The E85 can handle that compression quite a bit better.”

The team is always working to reduce friction. To eliminate unwanted heat. Testing lubricating thermal coatings on the piston to reduce engine heat. Testing different means of reducing friction within the transmission.

“That might not improve the output of the engine, but it will improve output to the wheel,” Kruse said.

While many Formula SAE teams have converted to a constant-variable transmission, or CVT, Akron’s team used a stock five-speed sequential motorcycle transmission with electro-pneumatic actuated paddle shifting on the steering wheel.

Winning Formula SAE competitions is about so much more than just performance. It’s about justifying design and engineering decisions. It’s about a business presentation. It’s about fiscal responsibility and accountability during the build—making dollars go further in each car build.

The Akron team is now detailing the little things. Accounting for each and every detail. This will help them improve the quality of their already good presentation, and further assist them as they make all of the decisions that will shape their futures—with their Formula SAE build and with their professional careers.

“This gives you an opportunity to learn and apply things you don’t learn in the classroom,” Kruse said.

While the team member’s professional careers are at least seven or eight months away from beginning, each and every one of them is focused on honing the skills necessary to succeed both then and now.

To work well together in the shop.

To build something each and every one of them are proud of.

On the track. And off.

Check out photos from the shop and racetrack here: 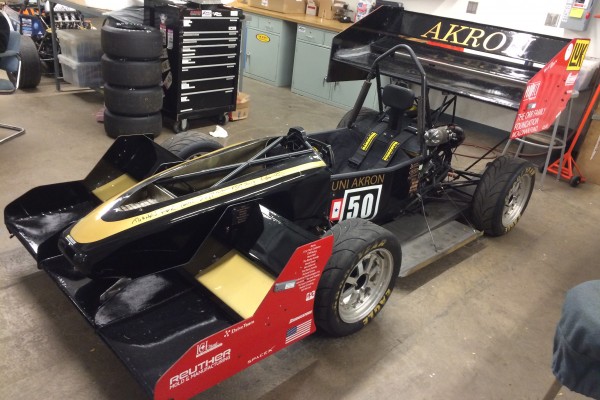 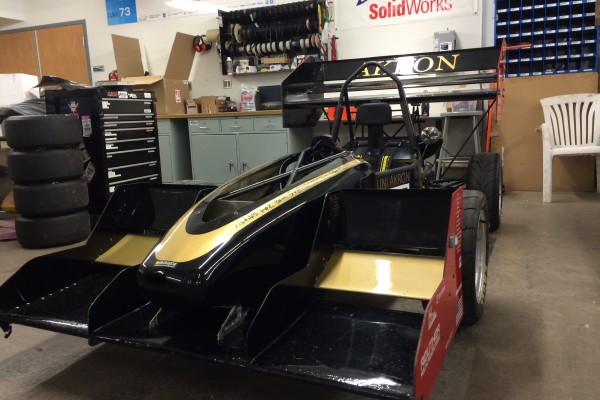