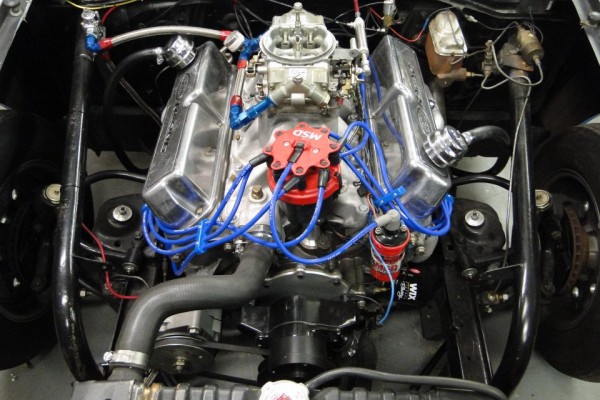 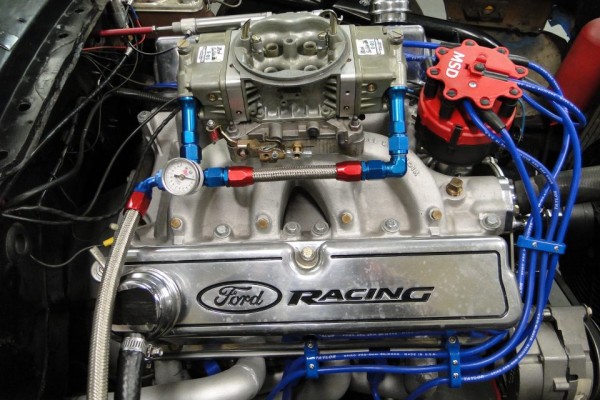 If Paul Cooper was ever on the fence about building a new engine for his 1971 Maverick, he certainly wasn’t after one fateful weekend at the track a couple years ago. The Lakeview, AR resident, who races at dragstrips in Arkansas and Missouri, was piloting the Maverick when its Ford 357 engine block split and experienced total and catastrophic mechanical failure.

The decision was made.

It was time for a new engine, and Cooper opted to go a different direction.

The new World Products mill has been tuned to burn E85 fuel and has propelled Cooper and his ’71 Maverick to a best 1/8-mile ET of 6.21 seconds at 110 miles-per-hour–nearly a 9.90 pass in the quarter-mile. The 408’s power is delivered to the rear wheels via a Ford 9-inch rear-end with 4.86 gears. The Maverick is hooked to the track using a ladder bar rear suspension and a Mustang II front suspension with tubular A-arms.

Looking to hook your own race car to the track? Here is some of Paul’s recipe: