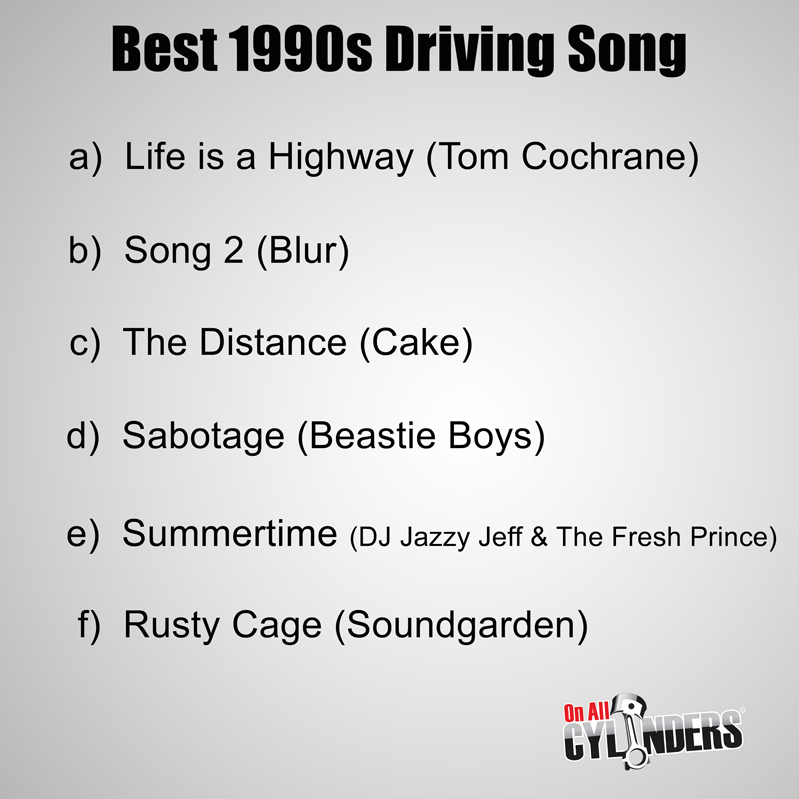 Time is an amazing thing. In the year 2016, most of the crew at OnAllCylinders can look back on the 1990s in much the same way our parents always celebrated […]
Read More 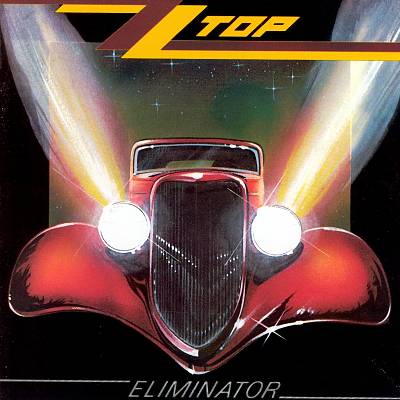 What if your life had a soundtrack? What songs would be on it? More importantly, what car or truck would grace the cover? Maybe you’ve lived the fast and hard life […]
Read More

What’s worse than Karaoke night at the local pub? How about being stuck in a confined space for hours while your so-called “friends” sing over the radio at the top of […]
Read More 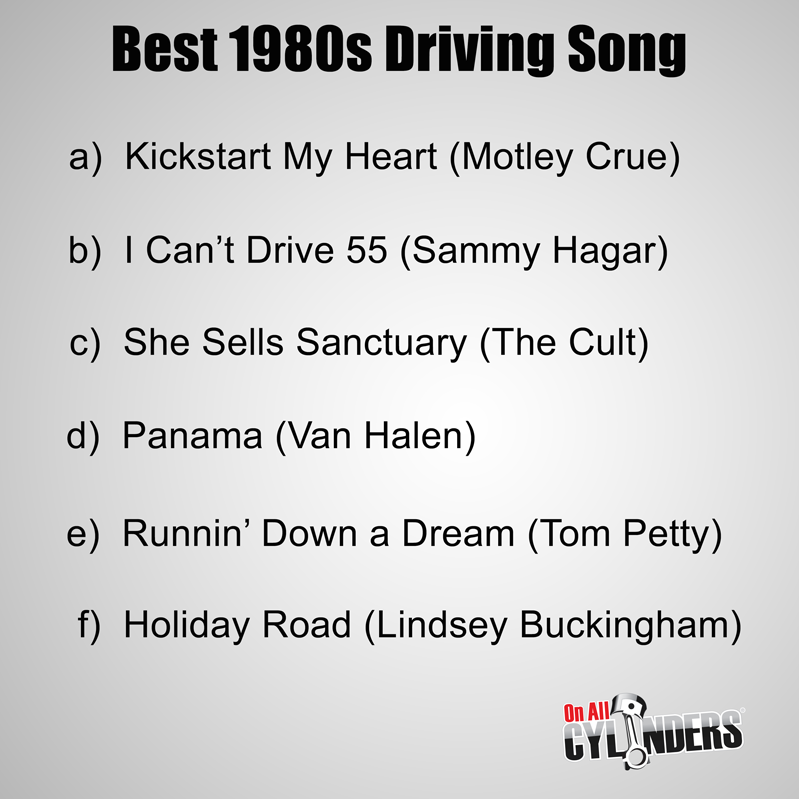 Maybe you think we totally blew it by nominating Tom Petty’s “Runnin’ Down a Dream” over “Free Fallin’”. Maybe you’re obsessed with National Lampoon’s Vacation movies. Or maybe you just […]
Read More 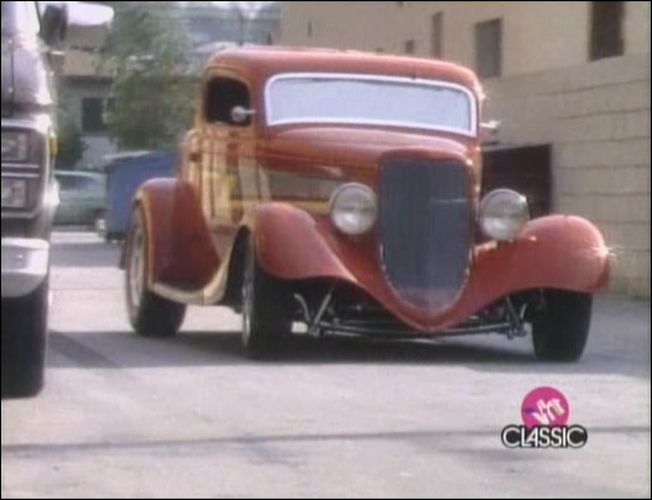 The music video era began well after the so-called golden age of hot rodding ended. Once MTV launched in 1981, car-loving bands and musicians began flooding our TV screens with some pretty […]
Read More 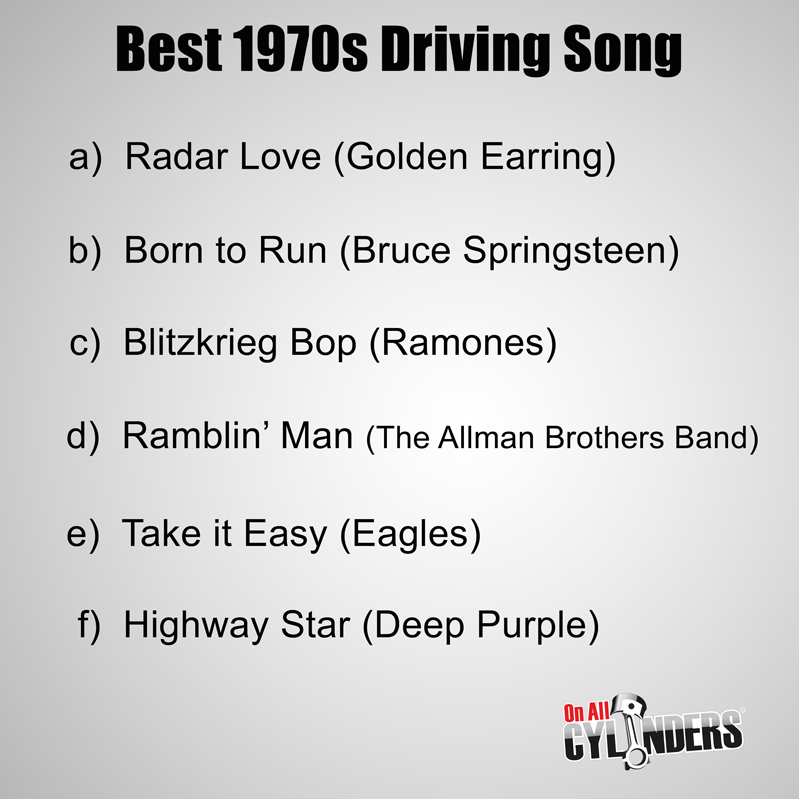 Golden Earring’s “Radar Love” was released in 1973. Great song. It’s so great, that at least one person gave it a write-in vote for our “Best 1960s Driving Song” Cammy Award. It’s […]
Read More 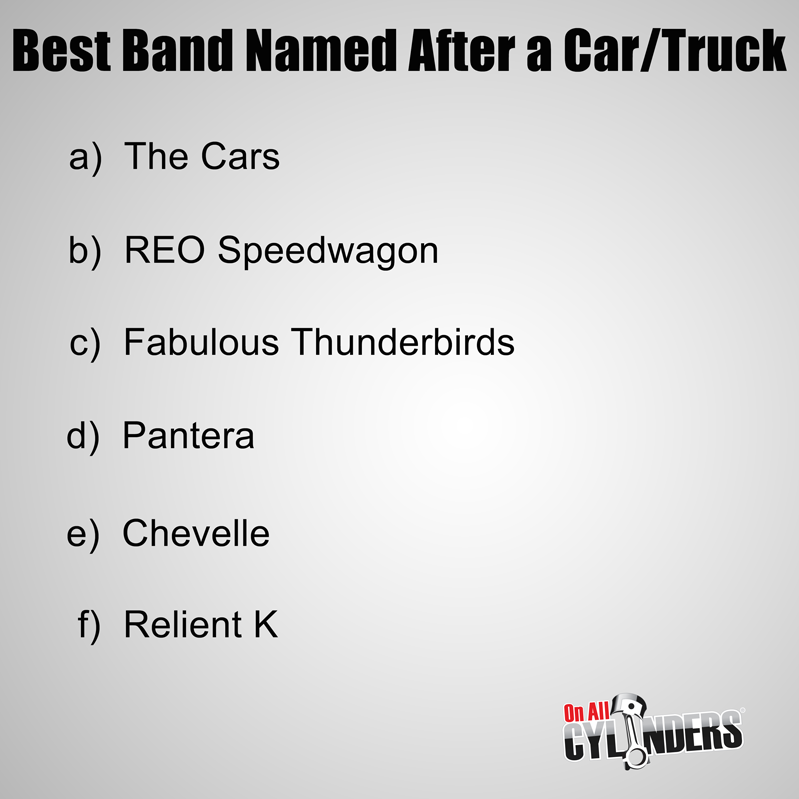 OK — so we’ve taken a little liberty here. Some of these bands may not have necessarily named themselves after a car. They may simply share a name, but we still […]
Read More 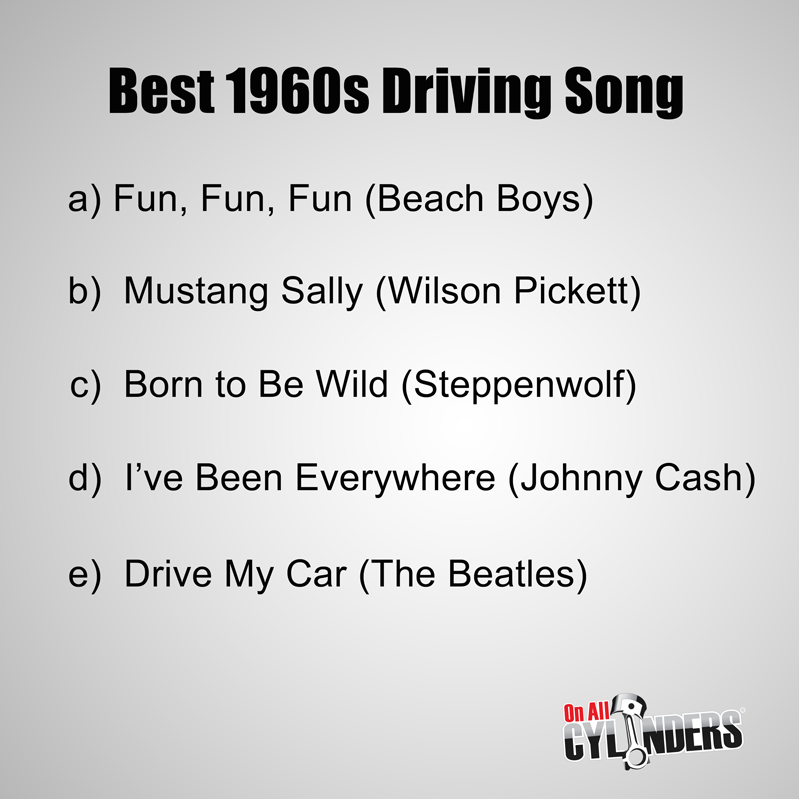 What makes a song a good driving song? The music? The lyrics? Good memories of driving around while listening to it? There are no wrong answers. And you get to […]
Read More 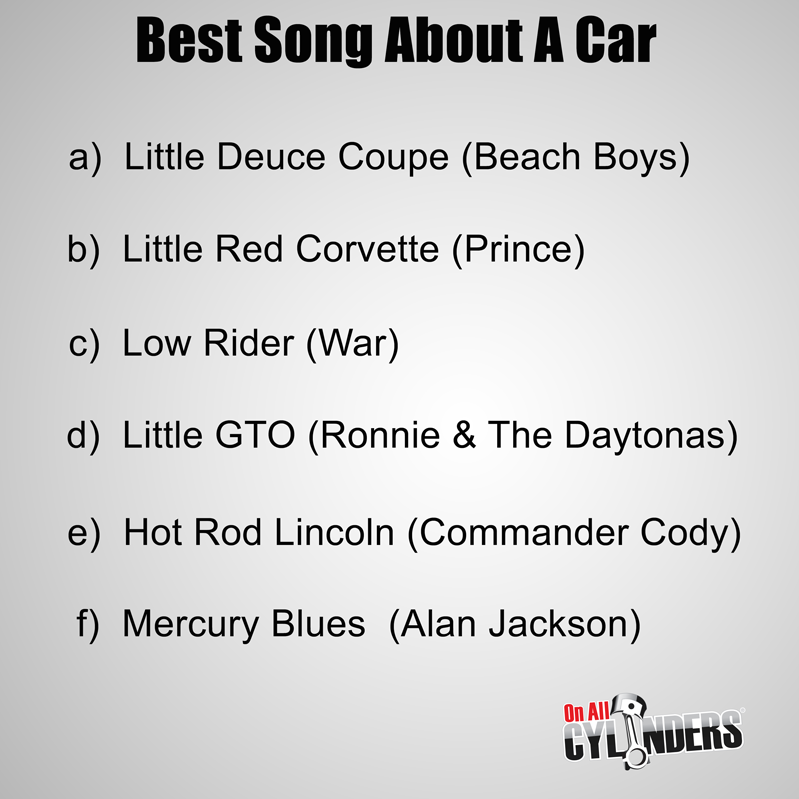 Maybe you’re really into Rob Zombie’s “Dragula,” Tracy Chapman’s “Fast Car,” or Marc Cohn’s “Silver Thunderbird.” Your write-in votes are encouraged, if so. Vote for your favorite in the comments, or […]
Read More