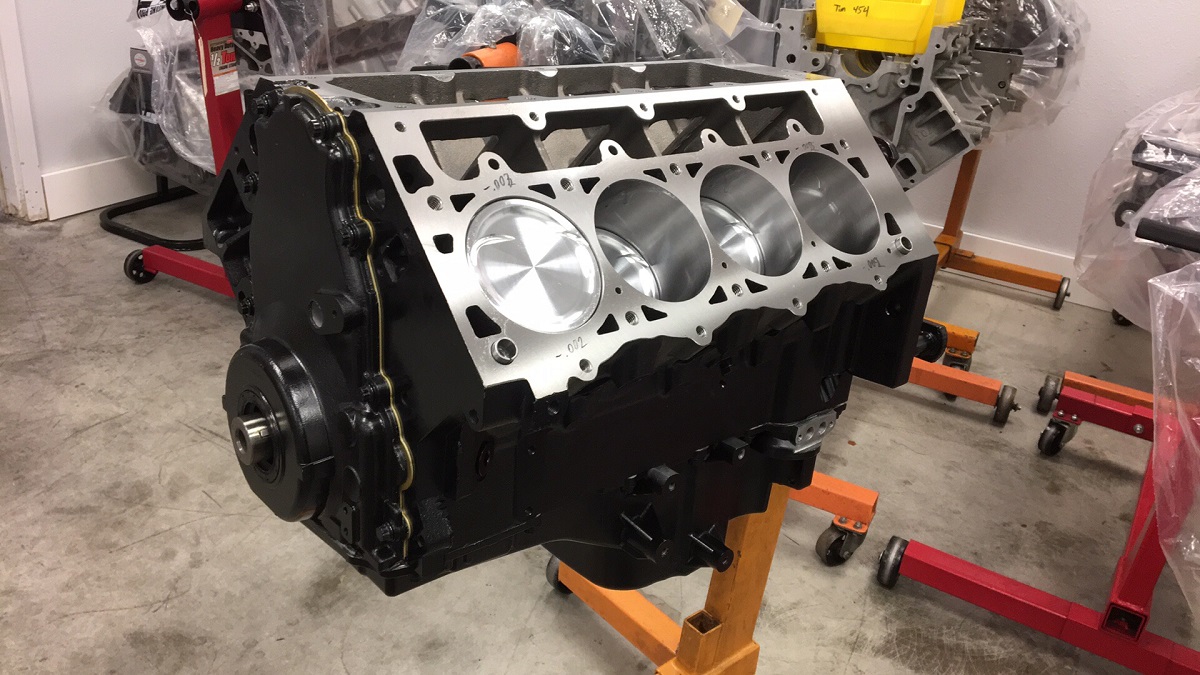 Dart, with their ever evolving line of affordable SHP blocks; has added features once only found in high-end racing blocks. With new offerings for traditional small block, LS, and big block Chevy; Dart and Summit Racing put together some great new short block kits.

The first and most notable aspect of these combinations is they are BIG! If you are going with a new block, you might as well start with Siamese bore sizes and never look back. The blocks are bored within .010 of finish hone, which allows you to fit to the pistons and exact application.

Within these bores, there’s a large variety of crank/rod/piston components to hit about any compression target you’re looking for. Whether it’s naturally aspirated, forced induction, or nitrous; a combination can be built.

The blocks are stroker clearanced, so why not put some arm in them at the same time?

The traditional SBC gets a 3.750 in. stroke to avoid the need for small base circle cams. The LS combinations are built around both 3.622 in. or 4.000 in. strokes. The big block gets a 4.250 in. stroke crank. These are common components, so they’ll drop in with little fuss or added machine work.

The small block hit 400 c.i.d. The LS combinations are available in 387 and 427 c.i.d. The standard deck height big block hits 565 c.i.d. Because everything is brand new, you can always bore it even bigger later.

Here are some of the cool features found in each of the Dart blocks:

The block used as the basis for these combinations is part number DRT-31161211.

It has the priority main oiling, extra-thick cylinder walls, main webbing, and improved water jacketing. It has a proven splayed 4-bolt main cap arrangement. It also has provisions for OE hydraulic roller cams.

The foundation for these combinations is part number DRT-31867211.

Improvements were made over the factory design. It gets a proven splayed 4-bolt main cap arrangement for reduced windage and to strengthen the main webs. The cylinder lengths are further extended to better support the piston at bottom dead center (BTC) when used with longer strokes. Finally, it has the provision for 6-bolt per cylinder heads for better head gasket seal under extreme boost.

These combinations get the DRT-31273644 Dart Big M Sportsman block.

It has a standard 9.800 deck height and a cylinder wall thickness of .300 even at its 4.600 bore. Like the others, it uses a splayed 4-bolt main arrangement with priority main oiling. It receives provisions for a sixth head stud in the valley for better head gasket seal. Installation is simplified with all the standard bosses and mounts built in.

How about the rotating assemblies?

Durability and affordability are factors here, so it was decided that each of the combinations would receive K1 4340 forged cranks and stout H-beam rods with ARP 2000 bolts. These have an excellent reputation for tolerance and finish.

What about the pistons?

Forged is the way to go, and the Summit-Dart team decided to aim for compression ranges in the 9.5 to 10.5:1 with the ability to mill heads for extra compression getting up into the 11.5:1 range.

There is a single exception because sometimes people need a big-compression monster big block. Dart and Summit Racing were happy to oblige. The top of the lineup is a 14:1 565 c.i.d. brute!

Below are easy-to read tables with all of the specs for the components and the compression-ratio combo available with common combustion-chamber volumes. Note that all compression ratios are figured at .045 piston-to-head clearance.

Here are the lower compression versions:

Here are the higher compression versions:

Next, we have the LS combinations with 24X and 58X reluctor cranks with pistons that achieve target compression ratios.

First is the 387 c.i.d. high- and low-compression versions for 24X reluctor cranks:

Here’s the same thing except with 58X reluctor cranks:

Next up, let’s look at the 427 c.i.d. versions. Here are the 24X reluctor ring version in high- and low- compression: 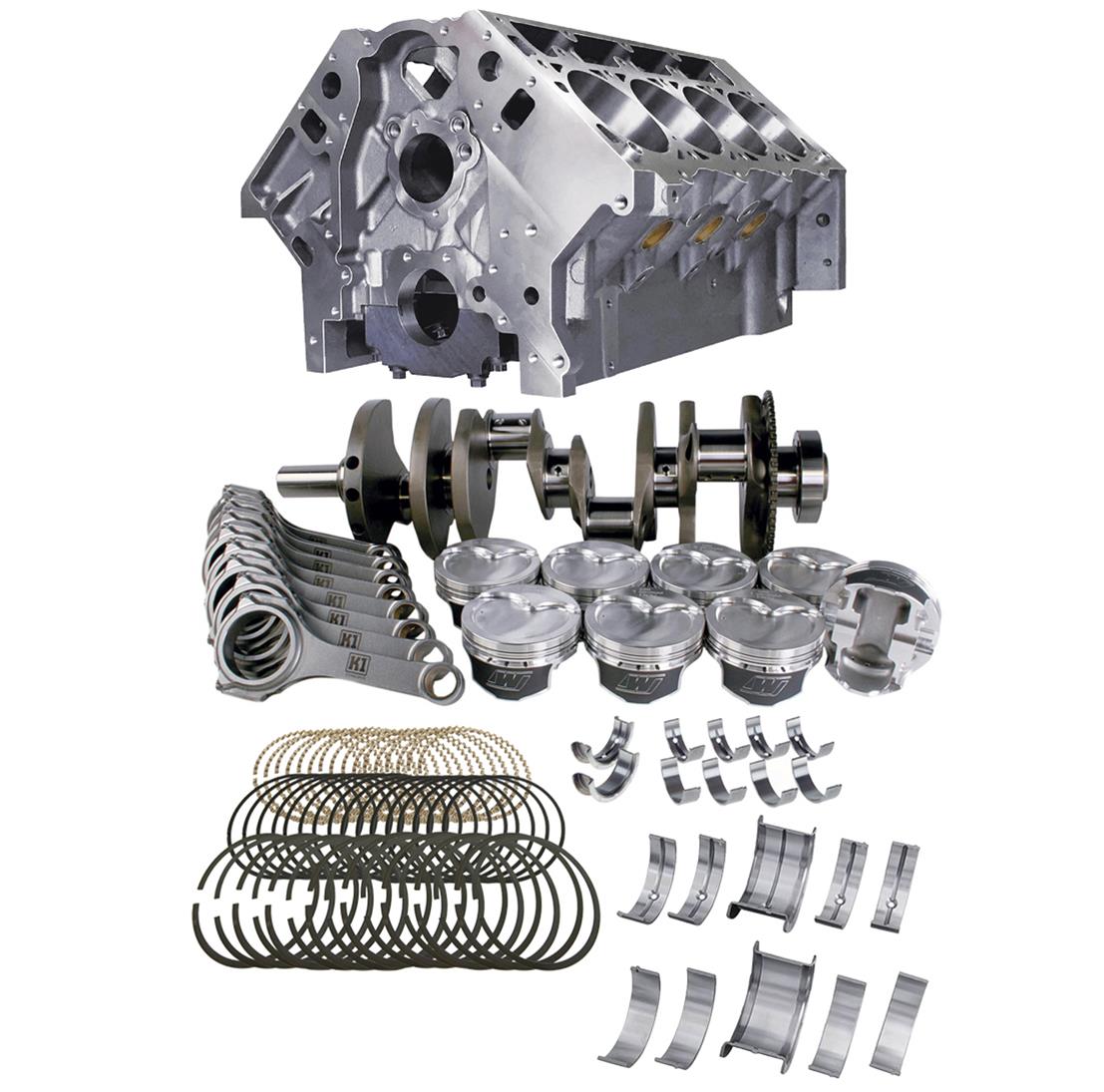