Wenninger’s Got Wheels: How This Chevelle Launched a Professional Drag Racing Career

Drew Wenninger didn’t have a chance.

He was destined to be part of drag racing, and that was cemented the day he started working on his first vehicle. The 1967 Chevelle was a former race car.

“My dad, Chris, and his buddy raced for a few years. When they stopped racing, the other guy got the engine and transmission, and my dad got the car,” said Wenninger. “The Chevelle just sat in the shed until my dad said, ‘Well, if you want to get it going – and you’re willing to do all the work – you can have it as your first car.’ I thought that was a pretty good deal, so I got it together. I still have the car.”

The 24-year-old grew up in and around the small town of Emden, IL – population 485 – located just outside of Springfield, where Wenninger works at NHRA Funny Car driver Tim Wilkerson’s race shop.

He also travels with the race team, attending all 24 of the national events on the Mello Yello Drag Racing Series tour. Wenninger currently holds the position of clutch assistant on the Levi, Ray and Shoup nitro Ford Mustang but, as is true for most of the crew on Wilkerson’s team, he knows enough about each of the positions that he can fill in where needed. The experience of building his own cars cast a glow on his resume when the position on Wilkerson’s team became available.

Way back when his dad gave him the green light to make the Chevelle his own, Wenninger worked on it for about a year, dropping in what he called a ‘mild’ 454 big block Chevrolet, fitting it with a Muncie 4-speed transmission, and beautifying the project with body work and paint.

Born a gearhead, working on the Chevelle only served to whet young Wenninger’s appetite. Over the years, he continued to acquire project cars and fine tune them, most recently a 1972 Chevrolet K-10 pick-up.

“I bought it five or six years ago and got it running. I thought I’d just keep working on it, but it’s nice and reliable, so I ended up driving it,” said Wenninger. “Last winter, I started tearing it down. It went a lot further than I initially wanted it to, but I’m glad. You get to a certain point and it’s like, well, I’m here so I guess I’ll keep going.”

Wenninger claims that the powertrain in the classic Chevy is nothing special – at least for now. It has a big block Chevy under the hood complemented by an automatic Turbo 350 transmission. In addition to the mechanical side of things, Wenninger also knows how to finesse aesthetics; he applied the GM Olympic White paint himself.

“I don’t like paying other people to do stuff, so I just learn how to do it,” said Wenninger with a grin. “I’ve had a bunch of vehicles, but I usually just fix them and sell them. I’m probably going to keep this one for a while because I like it. Now that it looks decent, I’ll probably start working on the drivetrain side of things.”

Wenninger obtains most of the parts and pieces for his builds from SummitRacing.com.

“It’s really easy to do on the website because you just pick out your vehicle, and all of the parts that fit are right there. You don’t have to go looking for them,” he said.

No car guy is ever truly satisfied, and Wenninger admits he has a few ideas to occupy his future free time. 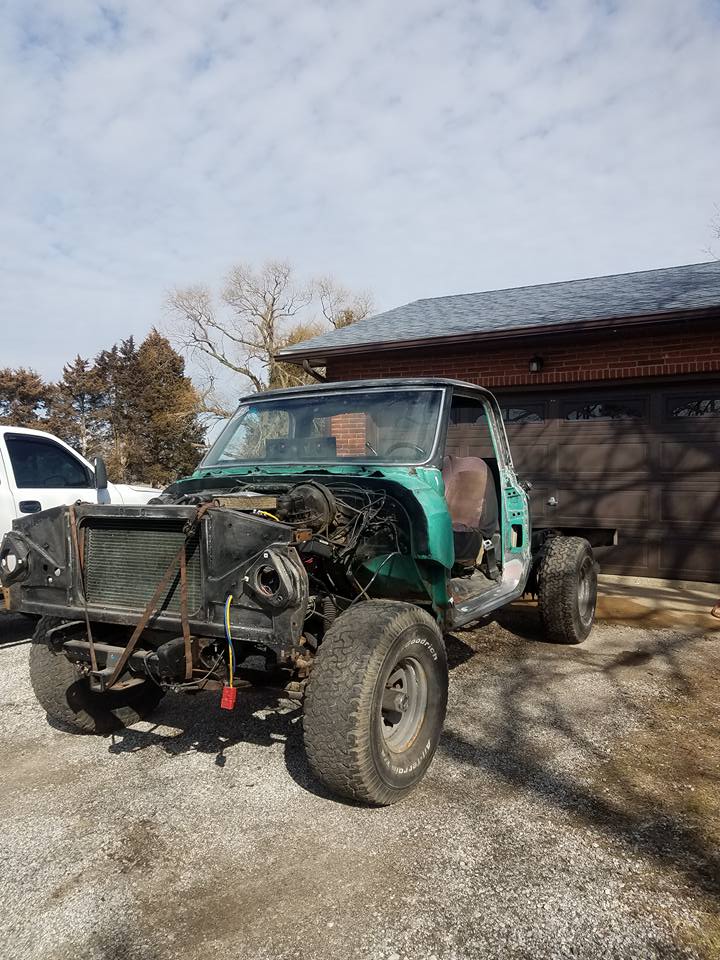 The 1972 K-10 pickup before Drew Wenninger began the project 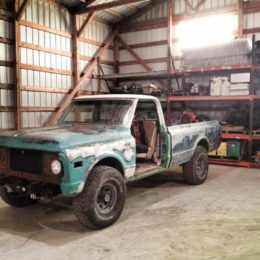 Parts and pieces coming into place. 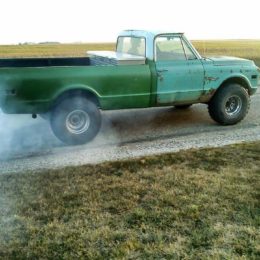 A small – yet important – test of drivetrain functionality. 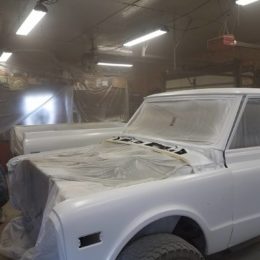 During the paint process. Wenninger applied the Olympia White himself in his shop at home in Emden, IL. 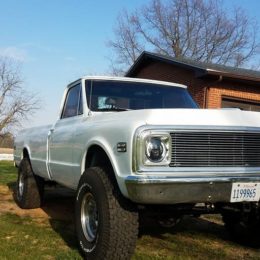 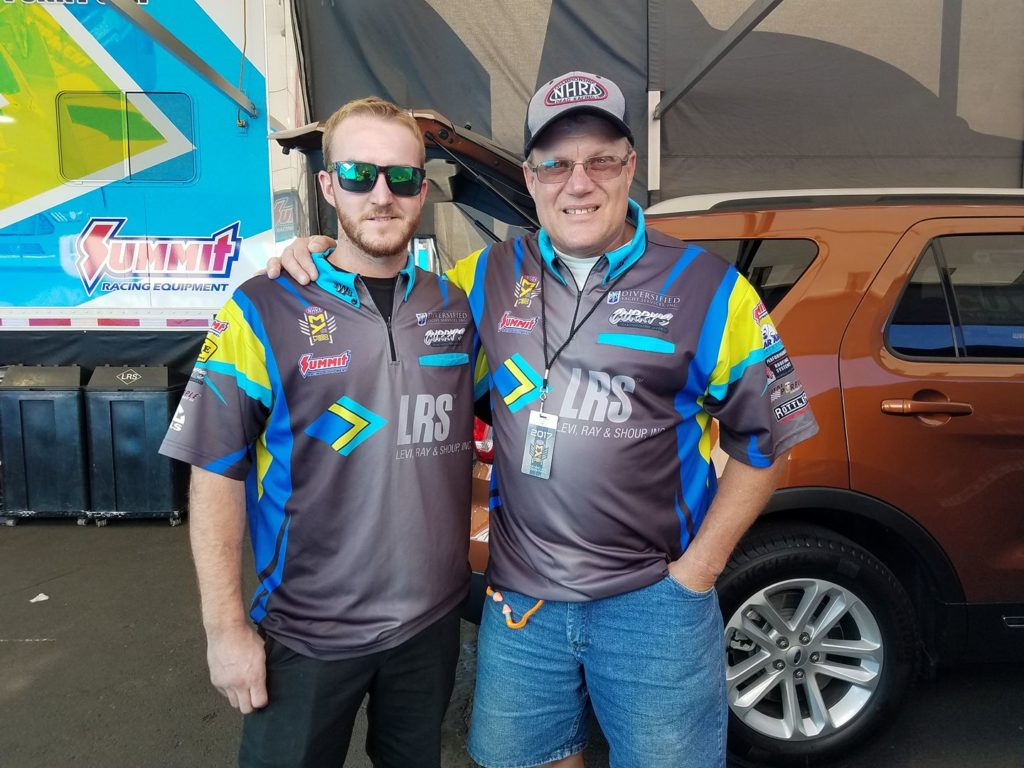 Drew Wenninger with his father, Chris. 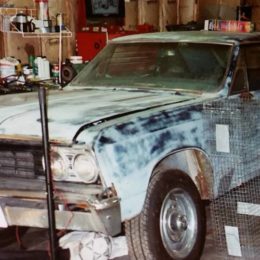 Where it all began. Check out this before and after of Wenninger’s 1967 Chevelle… 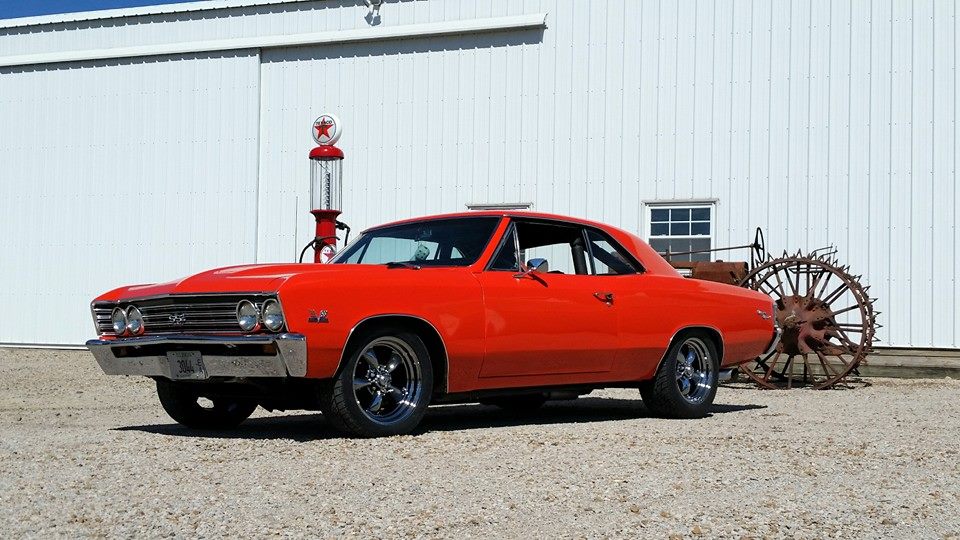