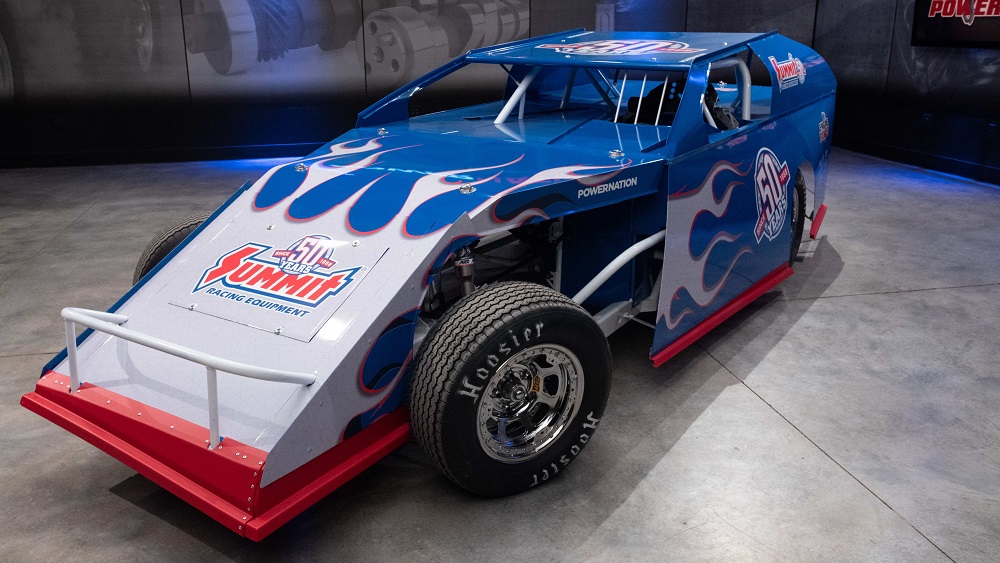 PowerNation TV’s Engine Power is finishing up the UMP DIRTcar Modified race car which will be sold at auction September 29 during the Summit Racing Modified Mania at Tri-City Speedway in Granite City, IL scheduled for September 27-29.

Proceeds from the sale will benefit Shriners Children’s Hospital.

“The racer who buys this car will have a first-class racing machine,” said Jim Greenleaf, Summit Racing‘s motorsports and events manager. “Mike Galley and Pat Topolinski did a fantastic job assembling the car and the 410 engine, and Don Jumper builds one heck of a chassis. We look forward to seeing our car out on the track in 2019.”

“We had a blast building a competitive Dirt Modified,” Topolinski said. “The car was a refreshing break from our regular street and drag projects, plus the engine is a totally different animal. It has to make big power and be super durable to run at 8,000 rpm lap after lap. Luckily we had Don Jumper of Impressive Race Cars on board. He designed a masterpiece of a car, and his expertise was crucial in this project coming together.”